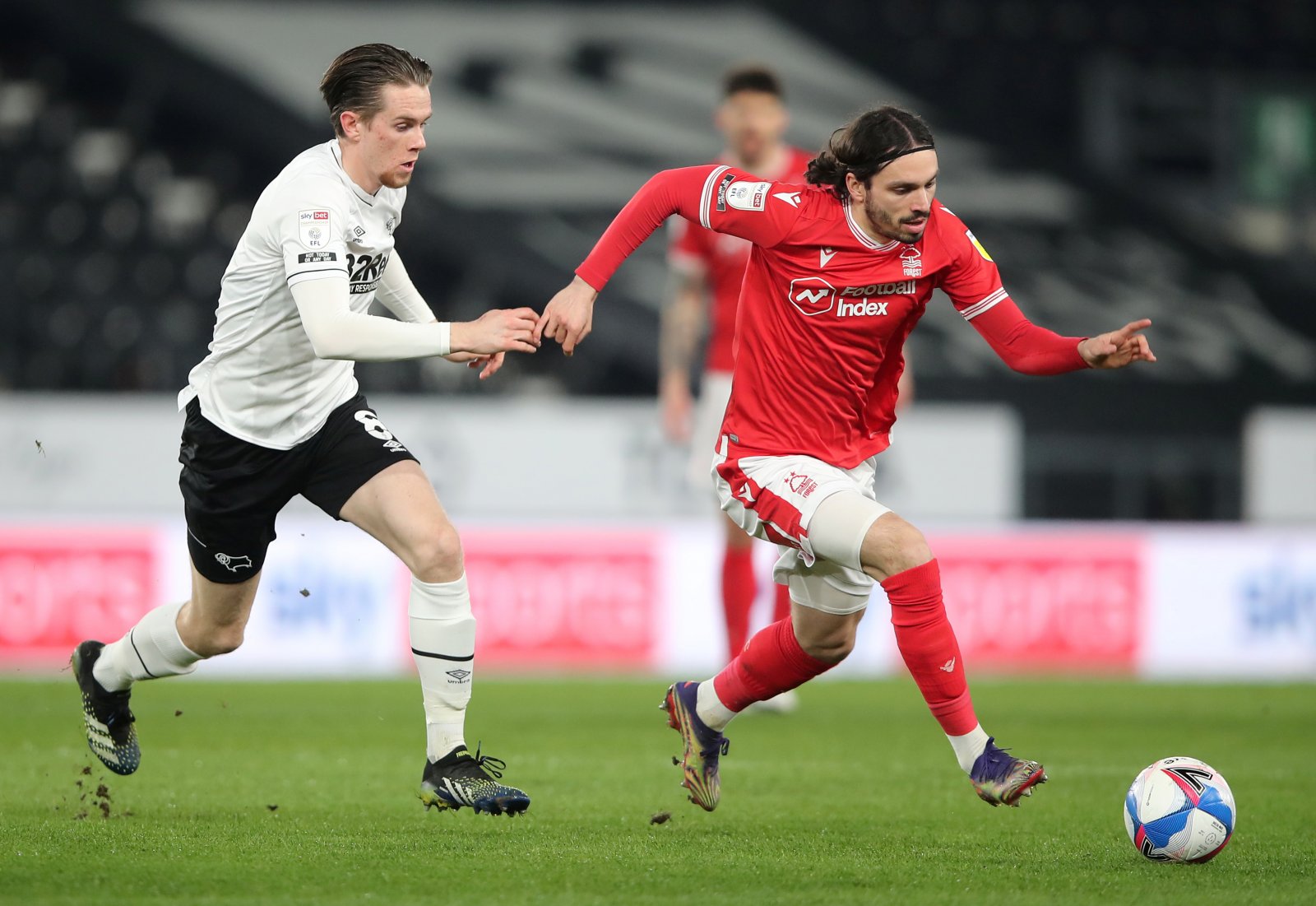 Filip Krovinovic could be set to return to Nottingham Forest on loan for the second time, according to A Bola via Sport Witness.

The 25-year-old joined Forest on loan from Benfica in the January transfer window, after having his loan deal cut short at West Brom, and went on to make 19 league appearances for the Reds, scoring one goal and registering two assists.

Krovinovic, who hasn’t played for Benfica since March 2019, faces an uncertain in Portugal, and could be set to return to England.

According to A Bola, via Sport Witness, Forest are trying to negotiate another loan move for Krovinovic, as Chris Hughton looks to strengthen his squad this summer.

It does promise to be another busy summer for Forest. Krovinovic is one of five loan players who have returned to their parent clubs after last season.

Seven are out of contract and are set to be released, too, and there are others who weren’t even named in the 25-man squad who are likely to be moved on.

This makes incomings a priority, then, and after watching his side score 37 goals in 46 games last season, Chris Hughton will be keen to make his mark in the transfer window.

Whilst Krovinovic didn’t make the greatest of impacts in front of goal, he was a silky operator for the Reds whose performances were consistent.

Here, we take a look at Forest fans’ reactions to the potential return of Krovinovic…

Hope Krovi comes back. Haven’t seen the best of him yet … get the right players around him & play him a bit deeper & the lad’s a massive plus at this level

Can't see it personally, his contract expires at the end of next season and I think this story is just using us to put him in the window ad imply interest. Can't see us offering near 30k a week wages for him as he doesn't look that good.

Play 3 at the back, him alongside cafu, with mighten, Johnson & grabban , buy young left back from Shrewsbury and lad we have on loan at Blackpool to play as attacking wingbacks.

Much more suited to the number 8 role.

He’s far less effective as a 10

Yes been brilliant for us

Seems a good character as well