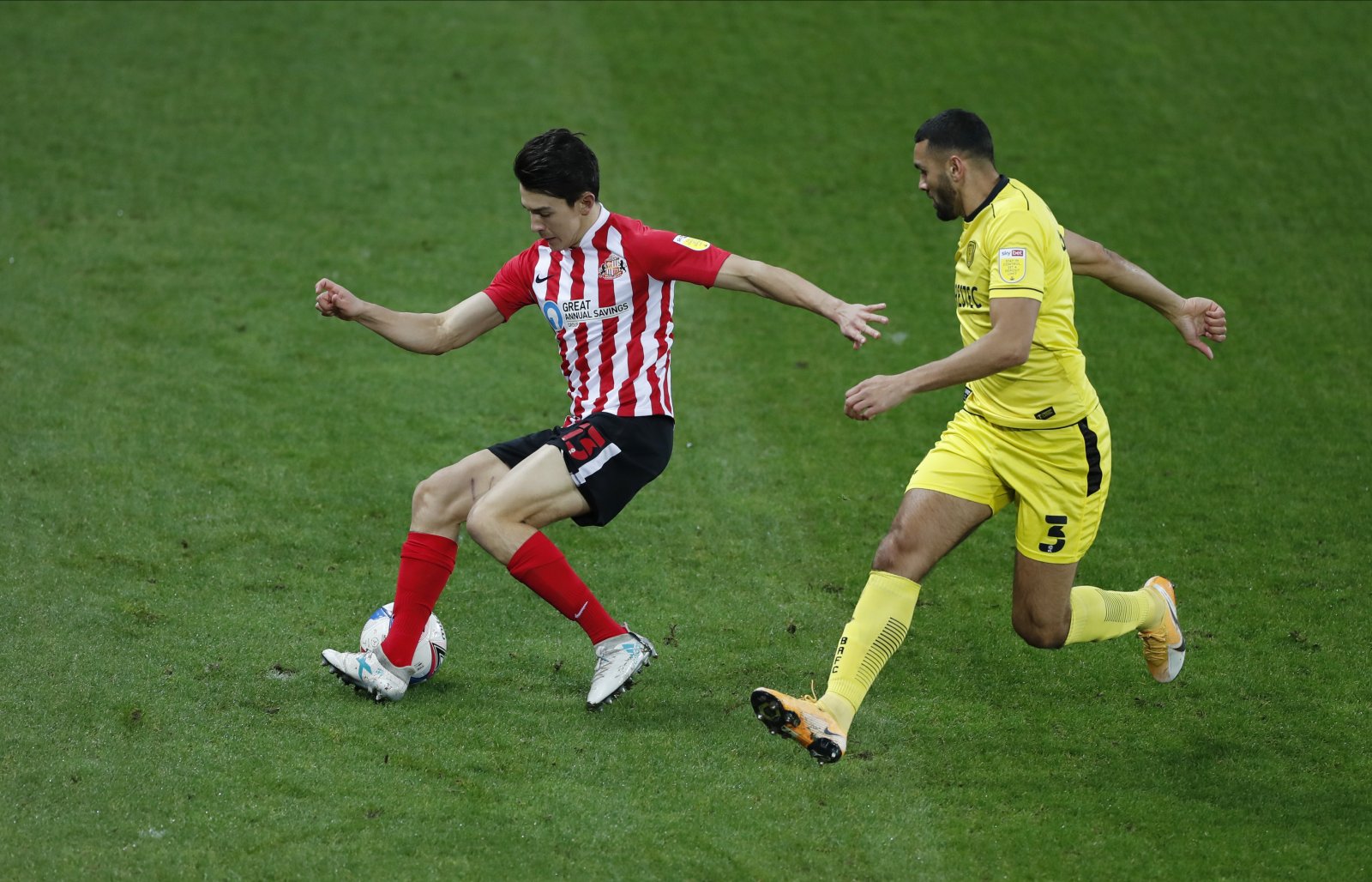 Middlesbrough are reportedly interested in signing Sunderland’s Luke O’Nien heading into the summer transfer window according to Football Insider.

O’Nien is out of contract with Sunderland in the coming weeks, and he’s yet to agree a new deal with the League One side ahead of the new league campaign, which is set to get under way in August.

He has been with the Black Cats since 2018, and has gone on to catch the eye with a number of impressive performances for the club over the years.

But his future at the Stadium of Light remains unclear at this moment in time, with Middlesbrough rivalling the likes of Millwall, Preston North End and Luton Town in reaching an agreement to land his signature this summer according to Football Insider.

Neil Warnock’s side finished tenth in the Championship table in the 2020/21 season, and are seemingly keen to add players to their side, in order to mount a serious push for a top-six finish in the second-tier.

We ask our Football League World writers what they make of Middlesbrough’s rumoured interest in signing O’Nien ahead of the 2021/22 campaign.

O’Nien would definitely be a good signing for Middlesbrough and quite a lot of other clubs in the Championship, but it depends where he’s going to fit in under Neil Warnock.

It’s no secret that the 26-year-old is extremely versatile, having played as a centre midfielder for the majority of his time at Wycombe, but at Sunderland he spent the first two seasons mainly at right back and this past campaign covering in the centre of defence.

Considering Boro seem quite covered at right back with both Anfernee Dijksteel and Darnell Fisher, O’Nien would probably slot in best at the Riverside Stadium as an energetic box-to-box midfielder.

Warnock already has decent options in the middle of the park with Sam Morsy, George Saville and Jonny Howson but there’s no harm in adding another face in there, and one who can play in multiple different positions is always a help.

I think this would make a lot of sense from a Boro perspective for a lot of reasons.

O’Nien is a player who can fill in at various positions on the field of play, with his versatility for the Black Cats being shown to great effect this term as he played at centre and right back as well as in midfield.

He would come at a cost of next to nothing if he joined the Championship side on a free transfer and his wages surely wouldn’t be a problem for Warnock’s men.

Of course the other advantage is that he wouldn’t have to move too far away from his current home, as Middlesbrough is only ‘down the road’.

Lastly, he could also be a great replacement for Boro’s current utility man, Paddy McNair, who has been linked with a departure at various stages of the season just gone.

Which Middlesbrough player has been carded most for the club in each of the last 16 seasons?

This is a typical Neil Warnock signing.

O’Nien is a player who may lack top technical ability that will prevent him from playing at the highest level, but he more than makes up for it with effort and commitment. He gives his all every time he plays and can cover plenty of positions, which Warnock finds important.

The fact he covered so well at centre-back for Sunderland says a lot about the way he is, and Warnock could give O’Nien a role in any one of a few positions at Boro. That’s vital over the course of a gruelling 46-game season.

When you factor in that he’s available on a free transfer, this seems like a no-brainer for Boro and it would be a real smart signing if they can finalise a deal for the player.