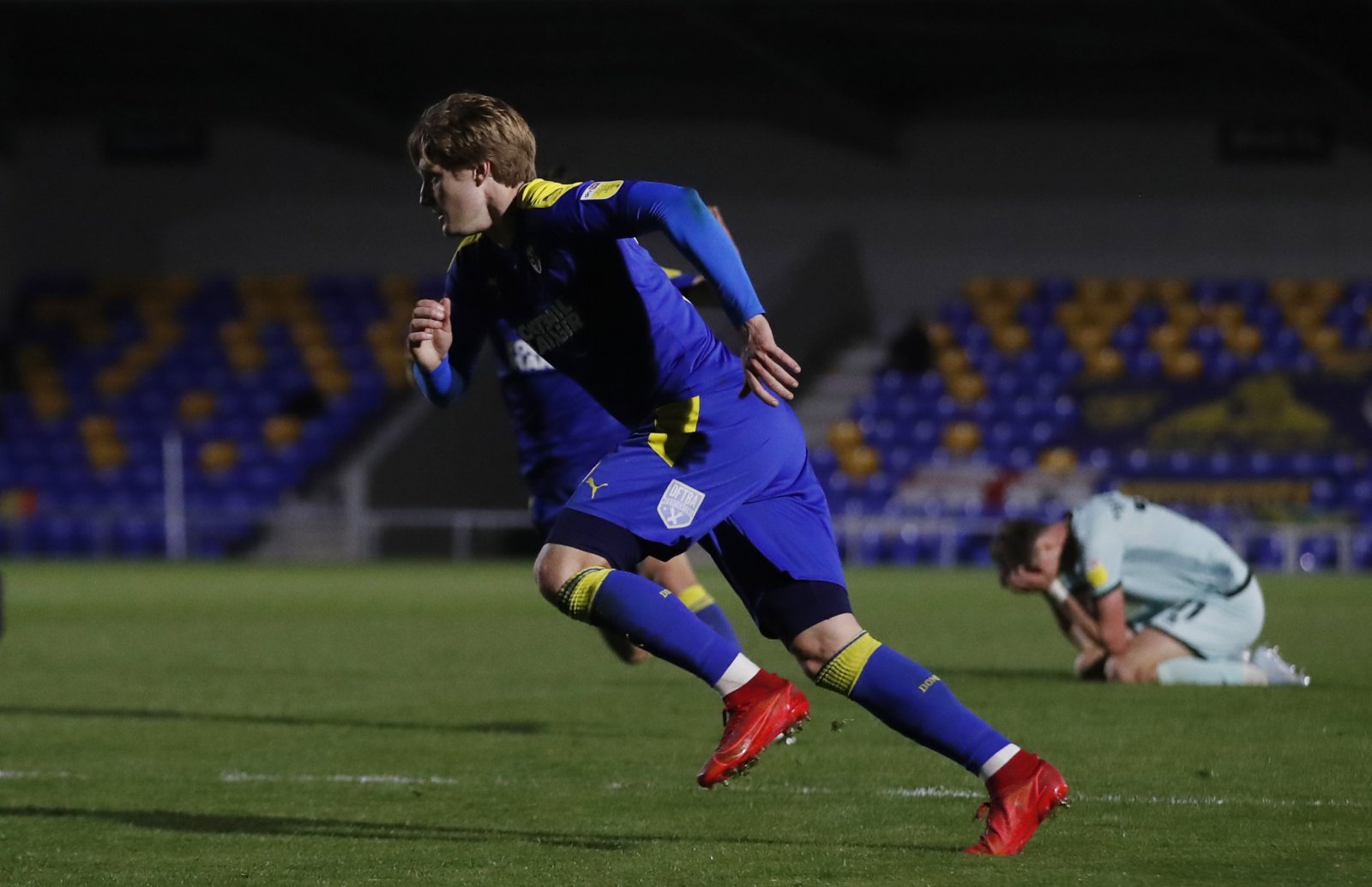 Ipswich Town are fully prepared to undergo mass changes at Portman Road this summer in order to pave the way for future success with Paul Cook at the helm.

The former Portsmouth and Wigan Athletic boss has come into the football club and gone about tearing up the remnants of an ageing squad as he prepares to put a proper stamp on things after taking over the role from Paul Lambert.

A first signing of the Cook era was brought in yesterday as the versatile Wes Burns arrived from Fleetwood Town for an undisclosed fee as the Town chief promised fans that this was just the beginning of the incomings.

Several names have been linked with a move to the Sky Bet League One side in more recent times, with there being plenty of money to spend thanks to a combination of the new owners arriving in and players departing as the current squad is quelled.

One player who could well be near the top of Cook’s shopping list this summer is outgoing AFC Wimbledon striker Joe Pigott, with the 27-year-old having announced his intention to bid farewell to the Dons after four prolific seasons in South London.

An accomplished scorer at League One level, Pigott notched up an impressive 54 goals in 157 appearances for Wimbledon, thus establishing himself as a firm fan favourite and arguably one of the best strikers operating in the Football League outside of the Championship.

But Pigott is so much more than goals. As he proved on many an occasion for the Dons during the previous campaign, he is capable of dropping deep to pick up pockets of space in order to receive the ball on the half turn and either play in a teammate or spread the ball out wide.

Indeed it was even a quality noted by Dons head coach Mark Robinson, who claimed that the striker is one of the best footballers he has worked with since taking on the top job at Plough Lane.

On paper, Pigott would provide James Norwood with the ideal striking partner up top for the Tractor Boys, with the former having showcased his potency in front of goal to great effect when starting in a front two with Ollie Palmer for the Dons as they turned their form around to stave off relegation and remain in the third tier.

The Kent born frontman has also shown that his talents are not restricted to simply just scoring from within the confines of the penalty area, with his spectacular strike away to former Charlton Athletic being one of his best in yellow and blue alongside some brilliant freekicks that he notched against Plymouth Argyle and Accrington Stanley respectively.

In short, if Cook wants to make a statement to the rest of League One, bringing in a marquee signing in the shape of Pigott would do just that.

Competition for a proven goal scorer at Football League level is expected to be fierce but Ipswich have the financial pulling power to even convince the striker that his future would be better served at Portman Road than in the Championship as their manager plots a route back to brighter times in East Anglia.

Article title: Why Ipswich Town would be wise to make a transfer move for this 22-goal hotshot: Opinion