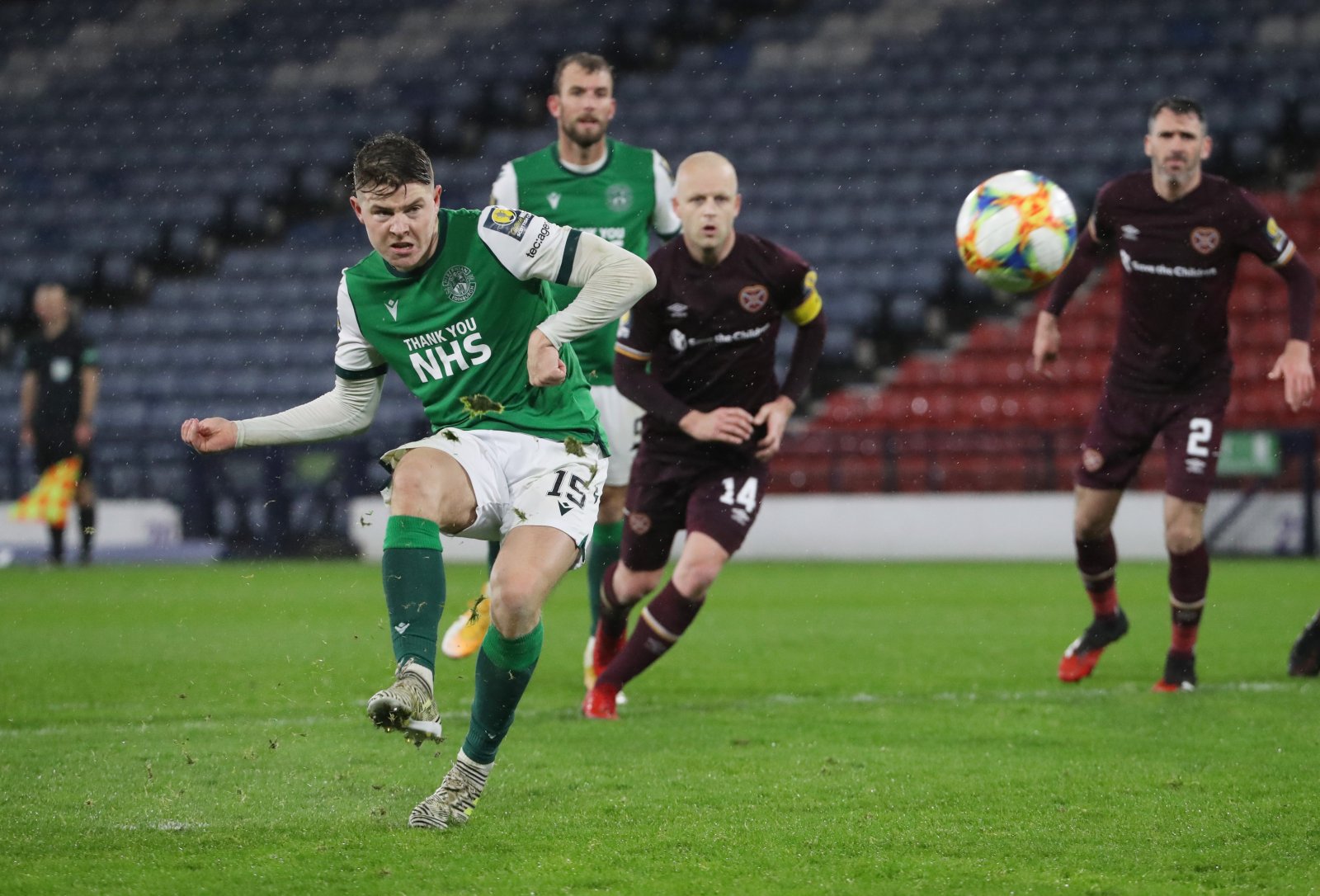 Sunderland are certain to be looking for new additions this summer.

The Black Cats are gearing up for their play-off double-header against Lincoln City which will be pivotal in deciding what division the club will be playing in next term.

Whatever league the Wearsiders find themselves in, they’ll be looking to bring in some significant summer signings.

One player who has been linked with a move is Hibernian striker Kevin Nisbet.

Reports from the Birmingham Mail claimed that Lee Johnson’s side have joined Brentford and Birmingham City as potential destinations for the attacker.

The 24-year-old has enjoyed a wonderful season with Jack Ross’s side after scoring 18 goals and creating eight more in 42 appearances for the club.

Nisbet was linked with a move away during the January transfer window as well, with Birmingham coming close to completing a move – a deal that Nisbet admitted would have been ‘a massive opportunity’.

However it seems that the opportunity to move on could resurface with Hibernian’s chairman Ron Gordon hinting to Sky Sports that one high-profile player could be moved on this summer.

For Sunderland, a move could depend on the future of Charlie Wyke who has been heavily linked with a move to a number of clubs such as Middlesbrough, as exclusively revealed by Football League World.

Whether the Black Cats’ hopes of securing promotion will prove decisive in their hopes of signing Kevin Nisbet remains to be seen, but you’d imagine that with Championship interest building they may need to be playing in the second tier to compete with the other interested parties.

Article title: What is the latest with Kevin Nisbet at Hibernian amid transfer links to Sunderland?