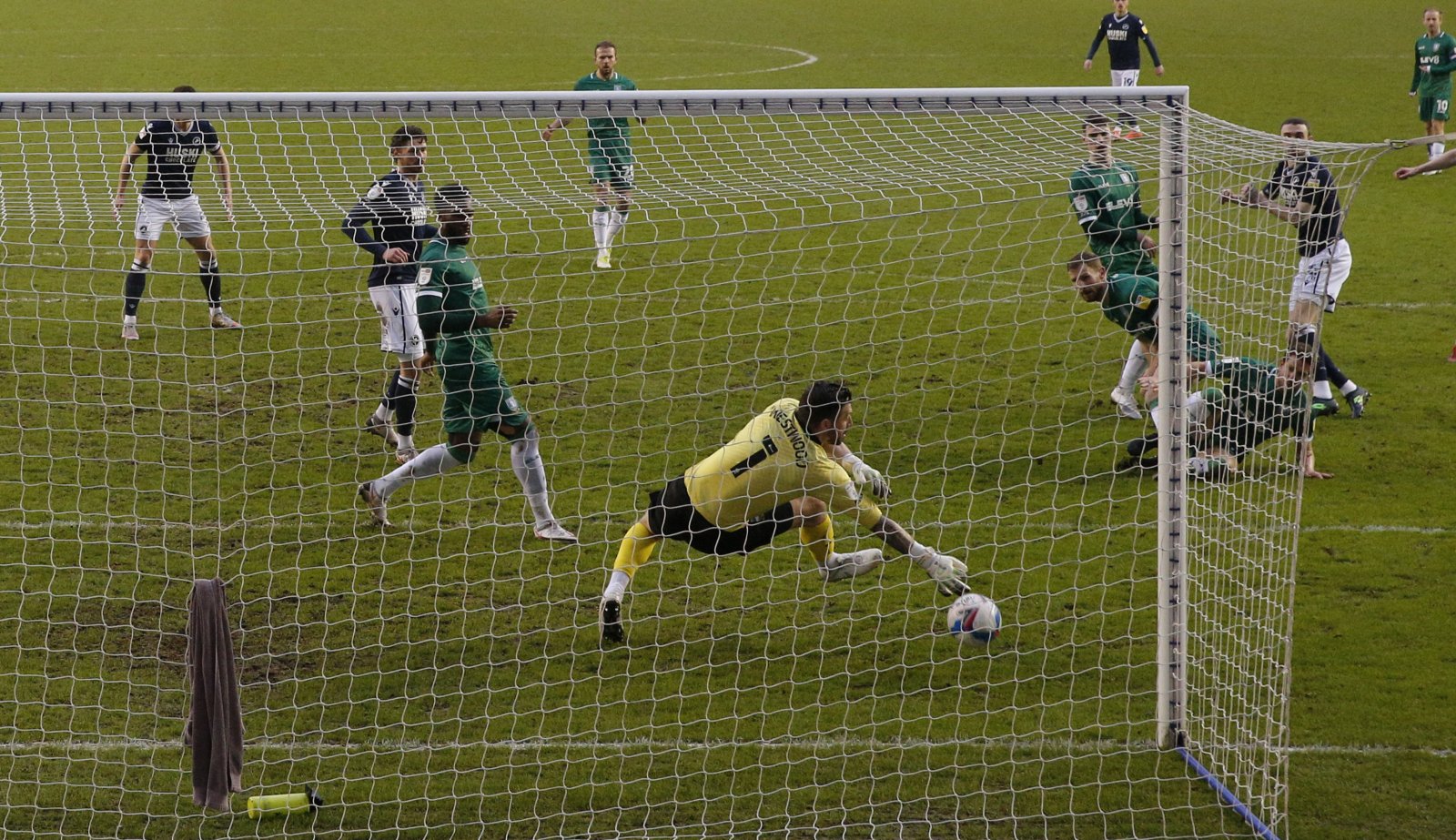 Millwall ended their long wait for a home win after thrashing Sheffield Wednesday at The Den on Saturday.

Gary Rowett’s men hadn’t tasted victory in SE16 since beating Luton on the 20th October and had to do it the hard way after Callum Paterson poked the Owls into an early lead.

However, the Lions responded well and levelled through Kenneth Zohore’s late first-half penalty before Scott Malone, Ben Thompson and then Tom Bradshaw all struck in the final 22 minutes.

The win extended Millwall’s unbeaten Championship run to five, and here’s THREE things we learned about the Lions: More than 100 days after Millwall beat Luton Town in South Bermondsey, they finally got back to winning ways on home soil.

11 matches in the Championship and cup have passed since then – with Rowett’s team collecting just seven points, whilst crashing out to Bristol City in the fourth-round of the FA Cup.

Prior to the game, Millwall had the joint-least amount of home victories in the whole of English football, but finally ended their drought with one of their most complete displays of the season.

With struggling Birmingham and Wycombe and then Preston North End the next three visitors to The Den, Rowett will be hoping that this victory will be the catalyst for further home successes.

Millwall are turning the corner It might appear quite bizarre that despite a five-match unbeaten since their defeat at Nottingham Forest, Millwall are still seven points clear of the relegation-zone – which is the same gap that was separating themselves and the bottom-three after the City Ground.

However, their performances have been much-improved, clean sheets are starting to return, and confidence is clearly flowing.

But Millwall’s downfall this season has been their lack of consistency. They’ve more often than not followed up a good result or encouraging display with a bad one.

A top-six finish is extremely unlikely, but with a kind run of fixtures on paper, February represents an excellent opportunity for the Lions to start heading in the right direction and push towards securing another top-half finish. It’s not often you hear Scott Malone and Paul Gascoigne’s names mentioned in the same sentence, but after the Derby loanee’s goal against Sheffield Wednesday, it’s something you might become accustomed too.

Malone’s might not have been at a major tournament or in front of a full house at Wembley, it was still special.

Having played a neat one-two with Shaun Williams, Malone expertly lifted the ball over Paterson  before lashing home a powerfully-struck left-footed volley that was too hot to handle for Keiren Westwood in the Owls goal.

It was Malone’s fourth goal of the campaign, all of which have been taken superbly, although you wonder why he hasn’t scored more on the basis of this effort.

Article title: What did we learn about Millwall in their 4-1 win vs Sheffield Wednesday? We take a look…