Pompey beat Gillingham 3-1 at Fratton Park yesterday, with Curtis bagging a first half brace to take his tally for the season to 10 goals and eight assists.

The 26-year-old took to Instagram to celebrate the win and his performance after the game with a post that would draw a response from one of England’s high-profile stars. 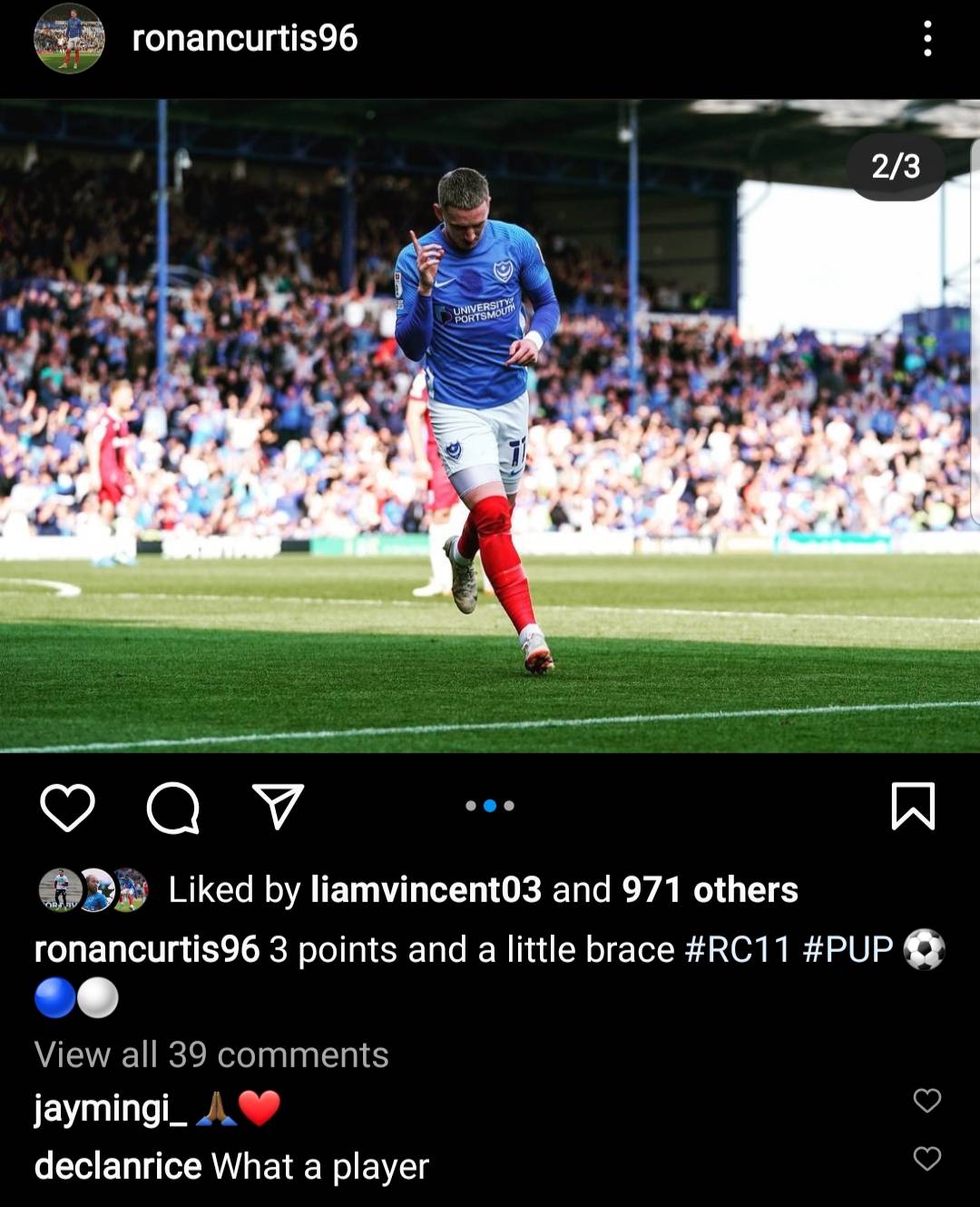 Rice was quick to heap praise on Curtis in the comments, making his admiration for him clear by saying: “What a player”.

The pair played together for the Republic of Ireland U21s before the Hammers midfielder switched his allegiance to England at senior level.

Curtis, meanwhile, progressed into the senior side and has now made seven appearances for his country in total – the last of which came in a friendly against Andorra in June 2021.

Pompey supporters will love to see Rice heaping praise on Curtis after what was a hugely impressive display from the Republic of Ireland forward.

The Hammers and England midfielder comes up against some of the best players in the world week in, week out so it’s high praise indeed.

The 26-year-old has now reached double figures in all four of his seasons at Fratton Park – bagging 50 goals and 38 assists for the South Coast club in total since arriving from Derry City in 2018.

He’s set to enter the final year of his contract this summer but Pompey will be keen to keep hold of him as he’s such a useful weapon in League One and will surely be central to their promotion hopes next term.