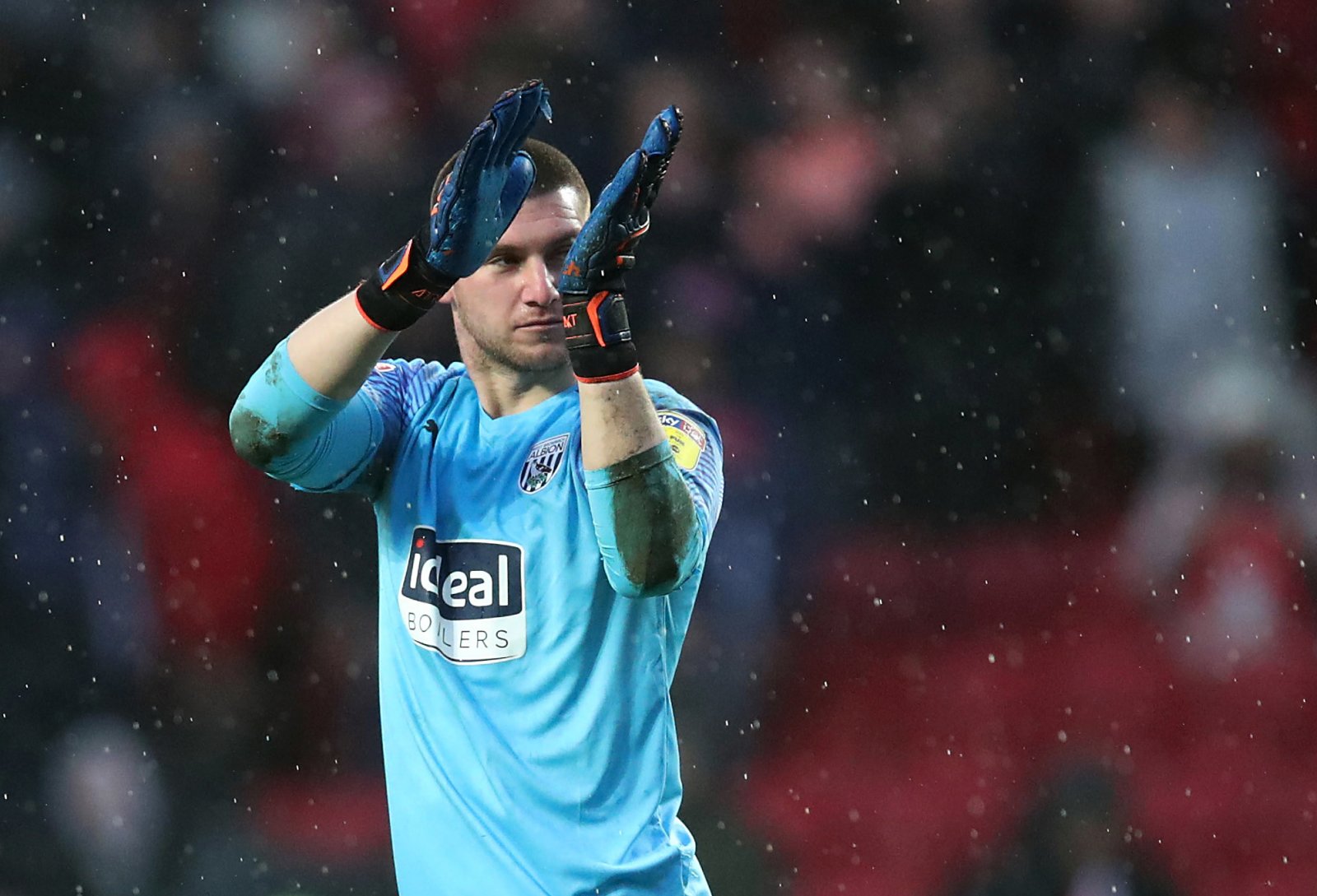 West Brom goalkeeper Sam Johnstone has suggested that he could leave the Hawthorns this summer, but also that he is leaving his future in the club’s hands.

Johnstone enjoyed a strong season in the Premier League despite the Baggies’ suffering an immediate relegation back down to the Championship. The keeper managed to stand out by averaging 4.5 saves per game and also recording six clean sheets in his 37 appearances. That has been enough to earn him a call up to the England squad ahead of the Euros.

The keeper has just 12-months left to run on his current deal and it has already been reported that he is attracting the interest of West Ham this summer. While it is also thought that the Hammers are leading the race for Johnstone. That suggests it is going to be difficult for the Baggies to hang on to the England international during the transfer window.

Speaking to The I, Johnstone suggested that he is going to leave his long-term future this summer up to West Brom and is instead concentrating on his time with the England squad at the moment. Although he did not rule out the possibility of him leaving the Hawthorns.

He said: “I’m still a West Brom player and I’m just looking forward to going away with England, working hard and being proud of the moment.

“I know there has been a lot of talk about my future but it’s in West Brom’s hands rather than mine so I’ll just put it to the back of my head.

“You never know what can happen in football because it’s a crazy world where things can change quickly.

“I’ve still got a year left on my contract at West Brom so, as things stands, I’ll be going back there for pre-season.”

From this update, it seems like Johnstone is aware that there is interest in his services this summer and that he would be open to the prospect of securing himself a move back to the Premier League if the chance arises. However, it also seems like the keeper will not kick up a fuss about not being allowed to leave the club if no transfer materialises over the next few months.

Johnstone was arguably West Brom’s most consistent performer in the Premier League this season, and he deserves the chance to remain in the top-flight based on his performances. He has deservedly been called into the England squad ahead of the Euros and that should only enhance the valuation that the Baggies can look to place on him this summer.

West Ham would be an excellent move for the keeper, with the Hammers very much a club on the up after an excellent season that saw them qualify for European football. You could see him fitting in well under David Moyes and it might be a transfer that works out for all parties. It would enable the Baggies to recoup some money that they could potentially invest in other areas of the squad.