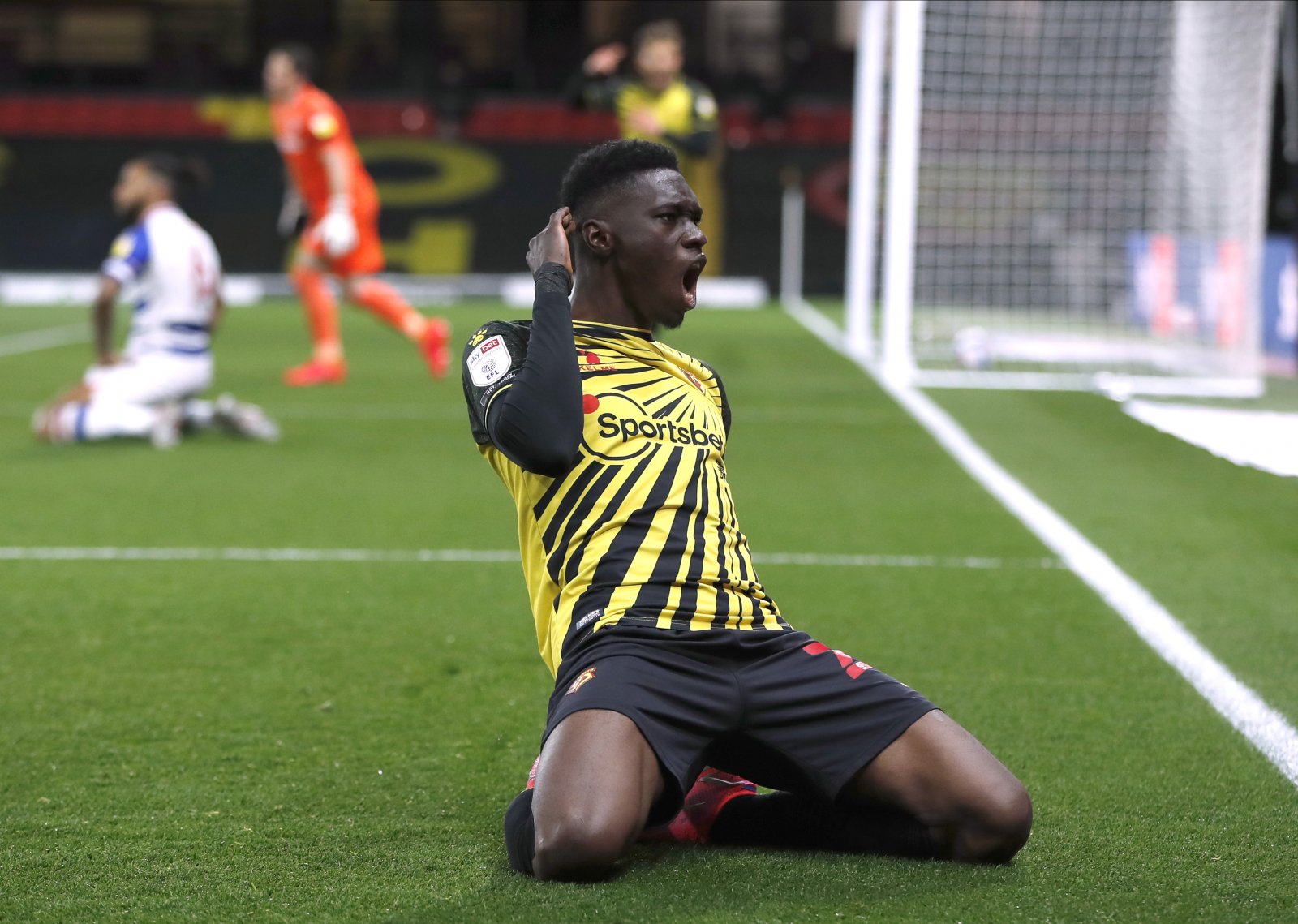 In the end, the 2020/21 season can surely only be considered a successful one for those associated with Watford.

Following relegation from the Premier League at the end of the previous campaign, the Hornets responded in brilliant fashion this time around, winning an immediate promotion back to the top-flight of English football with a second-placed finish in the Championship table.

Now, Watford will be planning for a busy summer transfer window, as they look to put together a squad that will be able to keep them in the Premier League next season.

However, it is also likely that the success Watford have enjoyed this season, means that a number of other clubs will be taking an interest in some of the Hornets’ own players as we approach the transfer market.

Should that be the case, then there are several individuals who would surely earn Watford a considerable amount of money were they to be sold this summer.

So with that in mind, we’ve taken a look here, at who we think are the ten most valuable players in Watford’s current squad.

Article title: We rank Watford’s top 10 most valuable players – Do you agree?