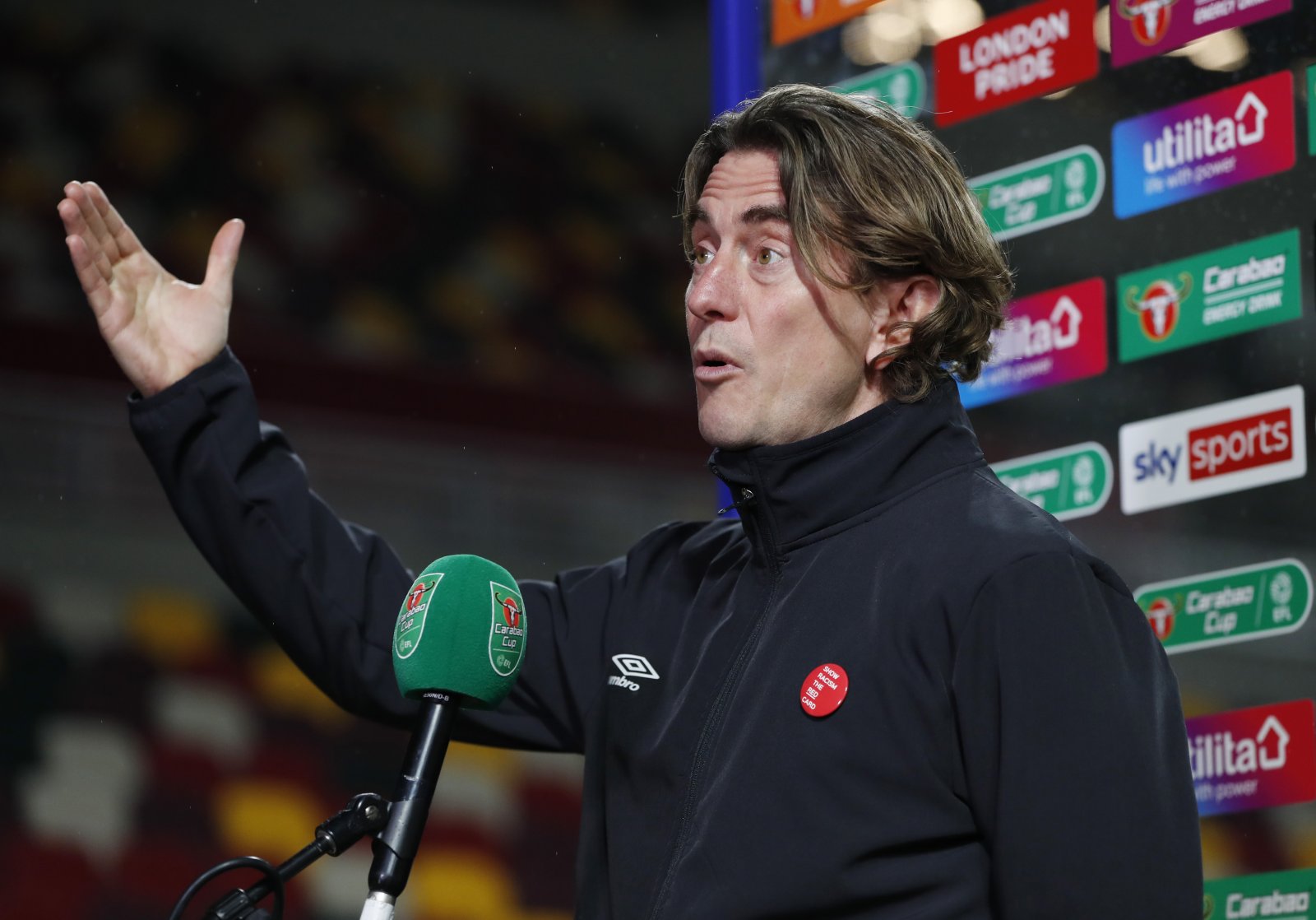 Brentford boss Thomas Frank revealed his pride at how his team coped with different setbacks to ensure they won promotion to the Premier League.

The Bees lost the play-off final in heartbreaking fashion last season to rivals Fulham, and whilst they were comfortable in the top six for much of this campaign, there was a disappointment that they didn’t really sustain a challenge for automatic promotion.

However, it didn’t matter, with the Londoners overcoming Bournemouth over a dramatic two games before they were excellent against Swansea as they won 2-0 at Wembley on Saturday.

And, speaking to the Independent, Frank couldn’t hide his delight at how his group have delivered when it really mattered in the past few weeks.

“After the final whistle I was very emotional. I had tears in my eyes and so did the staff and the players. Especially because the way you do it. If you get promoted, you get promoted but to get so close last year, we were so devastated.

“We had more waves of Covid a condensed season, then 21 games unbeaten to go top of the league, then a setback and in the play-offs again, and anything can happen in the final. But I just sensed this week they were calm, relaxed and ready to be ruthless.”

There’s no denying that people have questioned the mentality of the Brentford players and management over the years, because they really should’ve gone up automatically last season.

So, that just added a bit more pressure to Frank and the squad, but they proved emphatically shut any doubters up.

Clearly, it was a memorable day in Brentford’s history, so Frank is right to enjoy the moment before switching his focus to the Premier League.