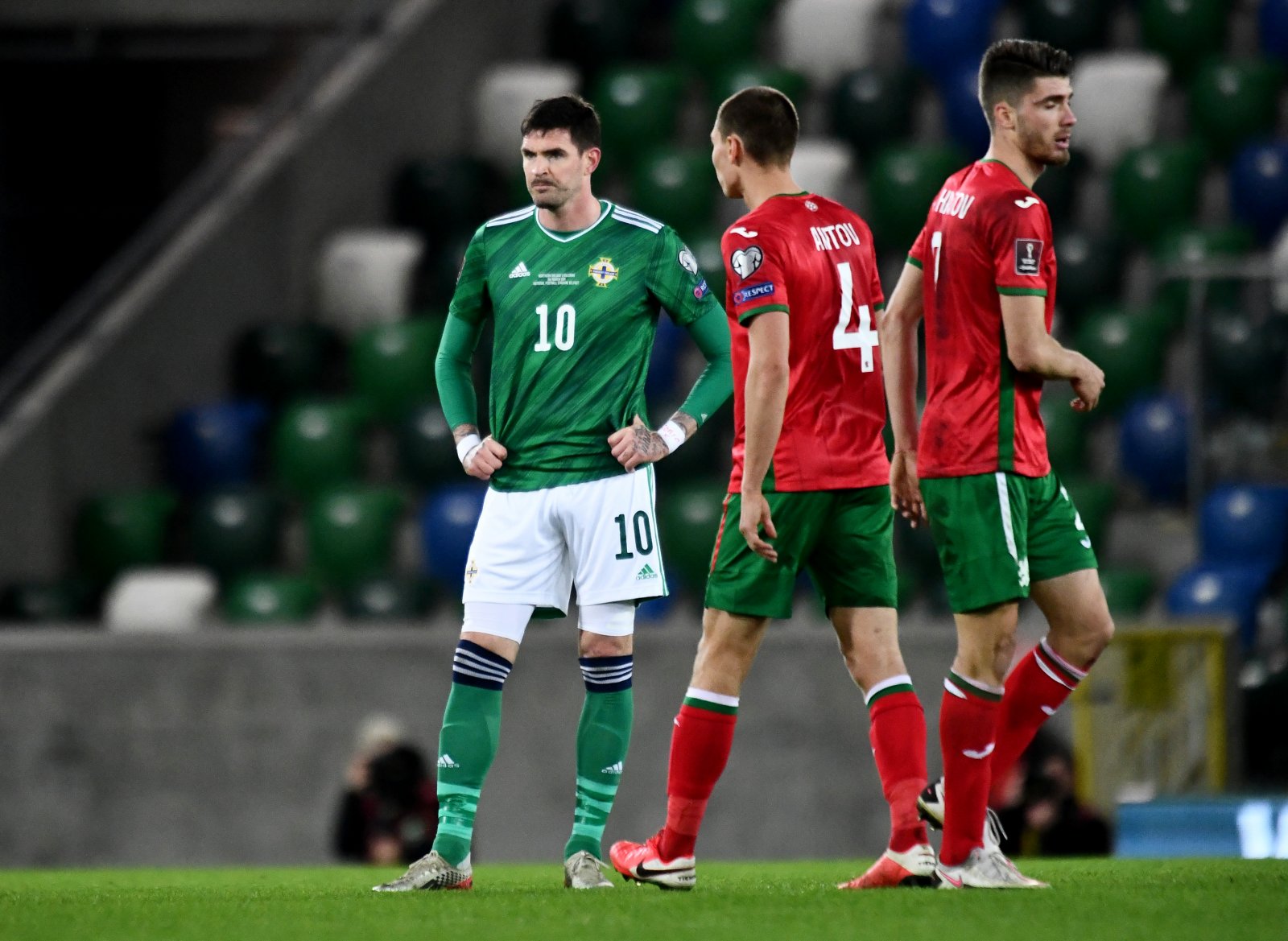 Derby County are among a string of EFL clubs keen on striker Kyle Lafferty, which has drawn a frustrated reaction from fans of the East Midlands club.

Wayne Rooney was short in quality when it came to his forward line last season, with Colin Kazim-Richards and Martyn Waghorn his only striking options in the senior squad.

With the Rams retained list yet to be announced, the futures of both players are yet to be confirmed but it seems the club are assessing other options.

Sources have informed Football League World that Derby are among a host of EFL clubs that are keen on Lafferty, who is set to become a free agent this summer.

The 33-year-old scored 13 goals in 13 games for SPFL side Kilmarnock last term but it seems a move south of the border could now be on the cards.

The Northern Irishman is something of a journeyman but has struggled in the Championship in the past, scoring just 13 times in his 118 appearances in the division.

He doesn’t seem to be a particularly popular transfer target among the Pride Park faithful, many of whom have taken to Twitter to voice their frustration…

Not sure mid-30s strikers is where the club is currently lacking coverage.

This is sadly what we have become

I’d say this is bang on the money. Picking up free signings released from relegated Scottish sides is where we are at right now.

Another sticking plaster of a signing. Probably about right for where we are currently though. Bleak.

If this is the quality of transfer we have to consider then there really is no hope. mind you with ownership and EFL charge unresolved why would anyone half decent choose to join. We will only get players nobody else wants!

If he is the answer, I am not sure I understand the question..

Article title: ‘This is sadly what we have become’, ‘Bleak’ – Many Derby fans frustrated by links to West Brom and Wigan target