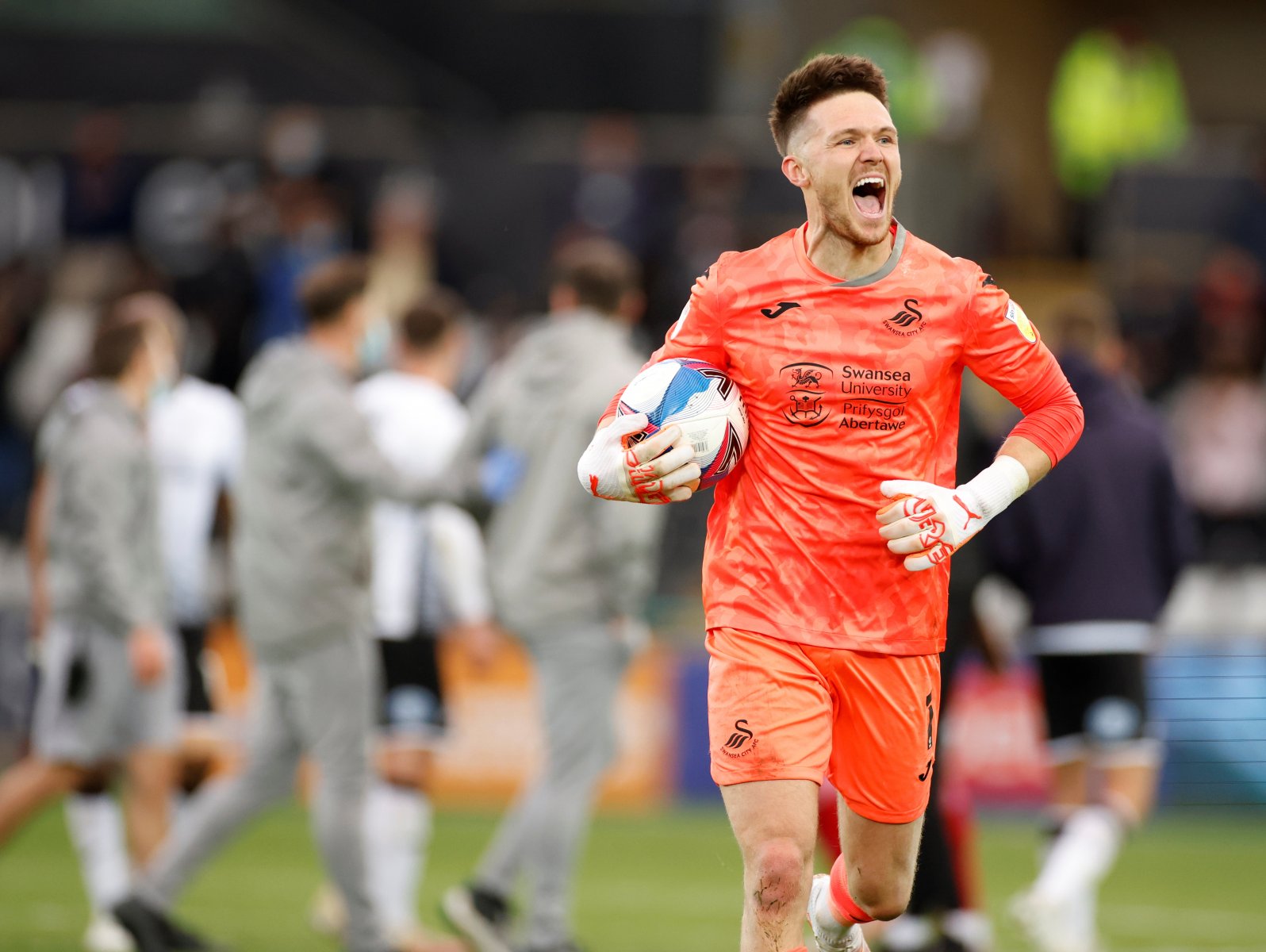 It’s becoming increasingly unlikely that Swansea City will be unable to bring Freddie Woodman back to the club for another loan spell after Celtic and Southampton joined the race for the keeper.

The former England youth international has spent the past two years with the Welsh side and he has generally impressed, particularly this season.

However, a play-off final defeat to Brentford over the weekend condemned the Swans to another year in the Championship, with Woodman now set to return to Newcastle United.

Even though the 24-year-old has made it clear that he would be open to playing for Swansea again, the reality is that he may have to test himself at a higher level.

And, Chronicle Live have revealed that Premier League Southampton and Celtic, who could offer European football, are both keeping tabs on the stopper.

With Martin Dubravka and Karl Darlow options for Steve Bruce on Tyneside, it seems inevitable that Woodman will depart, even if it’s only on a temporary basis once again, as he searches for regular minutes.

It’s no surprise to see Woodman is attracting interest, because has has proven himself to be a top Championship performer over the past few years and he is ready to make the step up.

Southampton’s interest is surprising considering they have two decent keepers on their books, but it’s an area Celtic desperately need to strengthen, so that could be a good fit.

Ultimately, Woodman and Newcastle will have a big decision to make in the coming weeks and it will be interesting to see where he ends up – and a return to Swansea can’t be completely ruled out considering the connection he has to the club.

Article title: Swansea could be set for transfer blow as Celtic & Southampton line up move for target