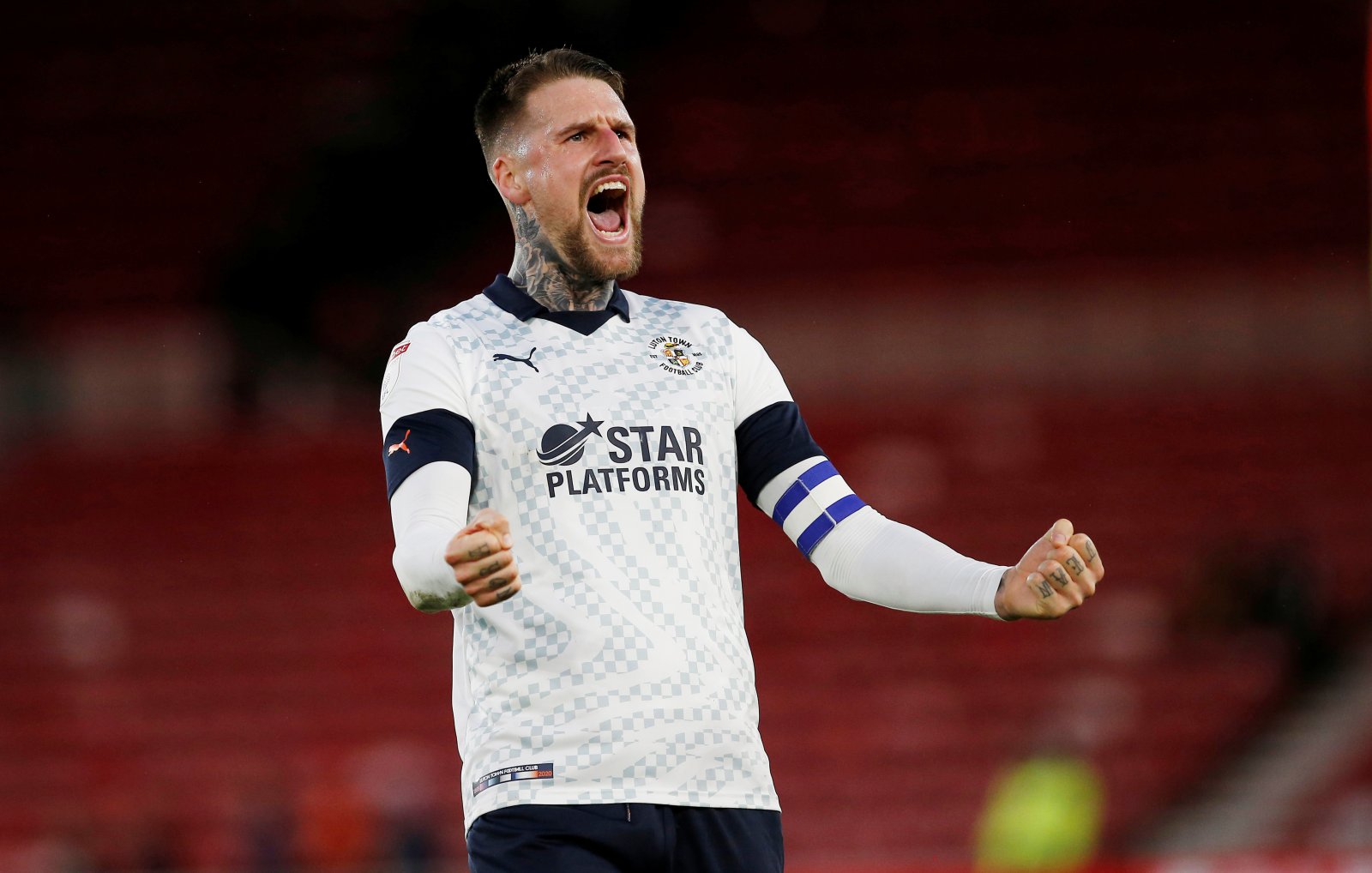 A Sunday morning #itfc transfer story for you. Understand that Ipswich lead the chase for out of contract Luton skipper Sonny Bradley. An indicator of the level of player Paul Cook is pursuing this summer. https://t.co/5qvBta9JRc #ltfc #pnefc #lutontown

The new boss warned that a major clear-out is on the cards, with many players having already been told that they won’t be offered a new deal when their contracts expire in the summer.

Therefore, a lot of new additions will come in, and the East Anglian Daily Press have claimed that the Tractor Boys are ‘leading the chase’ to bring in Bradley.

The centre-back is out of contract with the Hatters in the summer, so he will have a big decision to make on his future in the coming weeks.

Given his pedigree, with the 29-year-old having starred and won promotion in League One previously, as well as impressing in the Championship this season, it’s fair to say he would be a coup for the club.

I agree Stu this would be a statement a few of these would get bums on seats, and i reread the article cause i wanted to check where you got it from and when i saw the EADT said they were confirming it other than a link to a internet website i was more relaxed on the truth of it

A statement of intent from #itfc.club captain through the door first??…gonna be an exciting few weeks

This would be one helluva signing, if it gets done he has to be the new club captain! COYB

This will be an excellent signing I've heard good things about him..

This would be amazing!

I guess things will really start moving once Ashton is in situ.

Article title: ‘Statement of intent’, ‘Would be amazing’ – These Ipswich Town fans are excited as Championship man emerges as transfer target