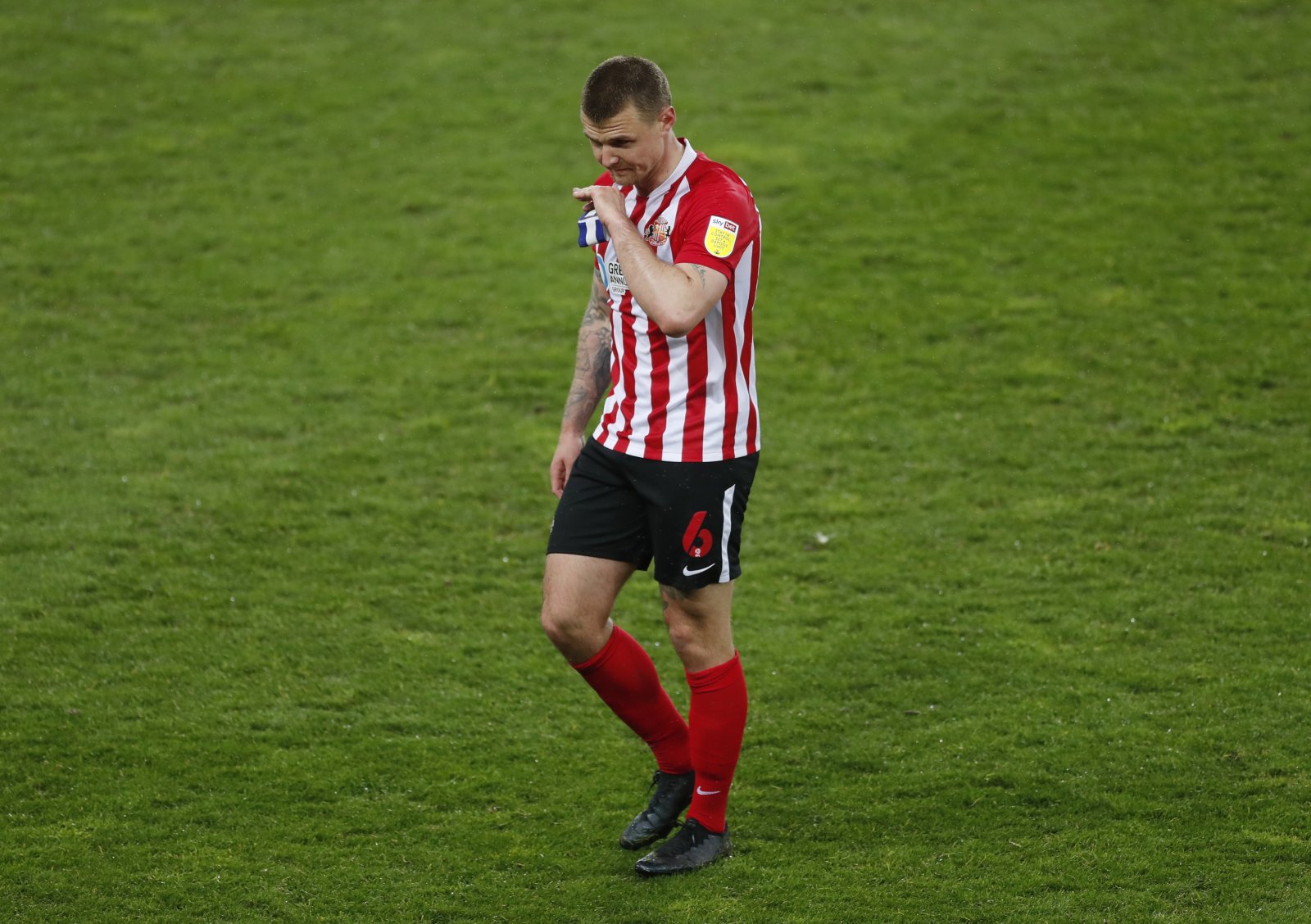 Sunderland missed out on promotion into the Championship on Saturday evening, as they were beaten on aggregate by Lincoln City.

The Black Cats went into the game knowing that they had to overturn a two-goal deficit on the night, after a 2-0 defeat to the Imps in the first-leg of the contest.

Lee Johnson’s side took the lead after 13 minutes through Ross Stewart, before Charlie Wyke levelled the tie with his 30th goal of the 2020/21 season.

Tom Hopper put Michael Appleton’s side back in front on aggregate though, before Jorge Grant saw his penalty saved by Sunderland’s Lee Burge just after the hour mark.

Sunderland pushed for a way back into the match, but couldn’t find the third goal they needed to take the game into extra time.

Midfielder Max Power wasted a chance towards the end of the game, with the 27-year-old blasting the ball high and wide of the goal, much to the frustration of the Stadium of Light faithful.

Plenty of Sunderland supporters took to social media to react to Power’s performance, with many claiming that he should move on in the summer.

Decision of a player who is leaving the club, we had their box full at the time. He has been awful for weeks.

And that was the captain who should lead by example! Explains everything about what is wrong at the club and the calibre of player we’ve persisted with!

Worst thing Max has done. Deserves being released. A shocking decision from an average footballer.

His last contribution in a Sunderland shirt hopefully

what a pathetic player he’s been for us mind, can’t wait till he’s gone.

Should never see him in a Sunderland shirt again – joke

That’s just him all over though isn’t it – and like many others, he’s just nowhere near good enough

From a senior player it's a horrendous decision

Hopefully he will be the first out the door!