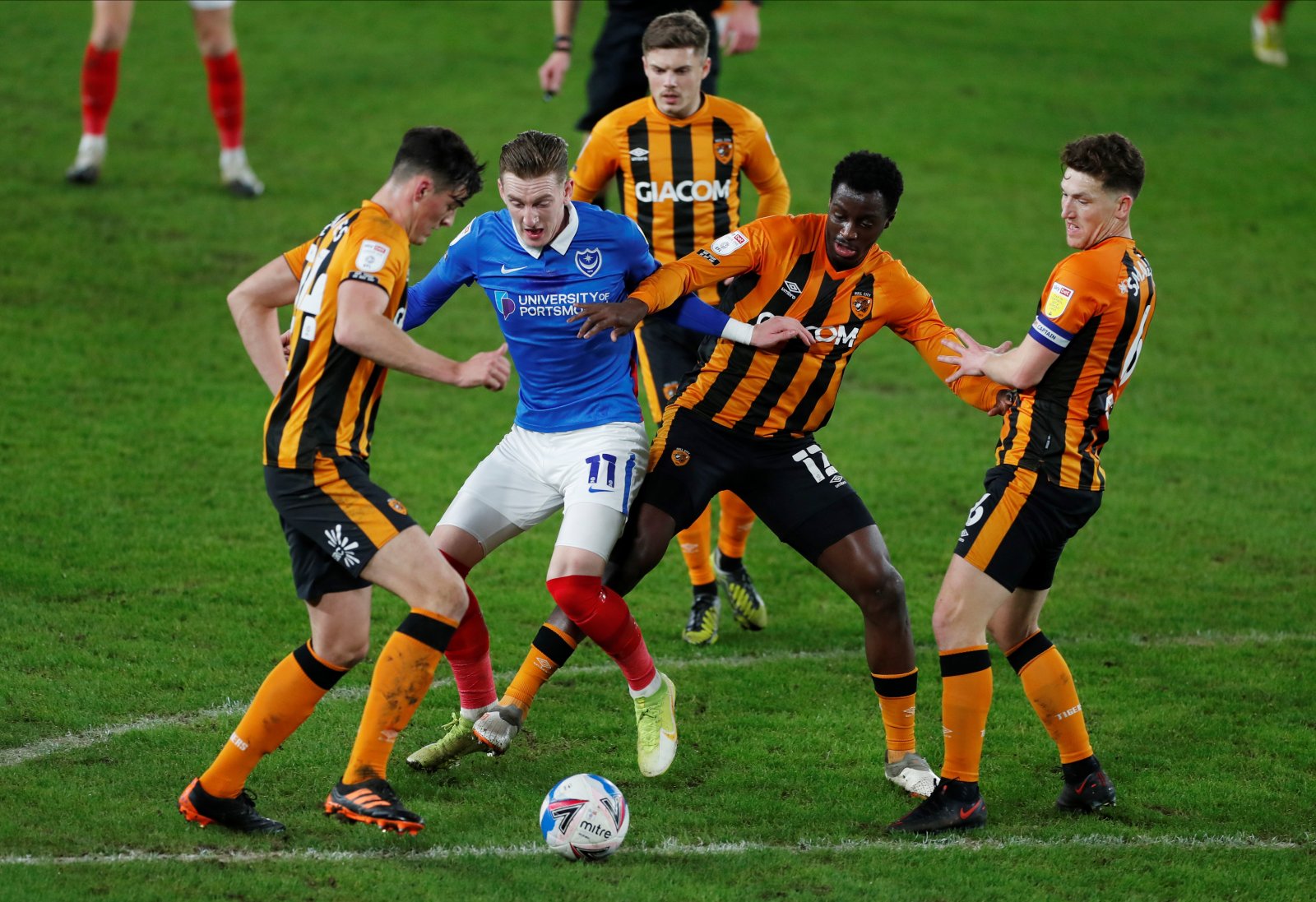 Portsmouth winger Ronan Curtis has removed the club’s name from his Twitter bio as talk over his future with the Blues continues to build, with several clubs having been linked with a move for the Irishman recently.

The Championship trio of Brentford, Blackburn Rovers and Reading have all been touted as possible destinations for the player as they continue to monitor his situation on the South Coast.

Meanwhile the 25-year-old himself has also been very vocal about other clubs showing an interest in signing him recently, which suggest that he may well see his future away from Fratton Park as his desire to play at a higher level grows year on year. Pompey boss Danny Cowley has also stated recently that he would be open to selling some of the club’s most prized assets in order to fund a summer overhaul of the current squad, with finances seemingly tight at the League One side.

Curtis was a regular under both Kenny Jackett and Cowley in the season just gone, scoring 14 goals and assisting seven in 48 games across all competitions as Pompey narrowly missed out on the play-offs.

The six time Irish international currently has two years remaining on his contract with the club.

I think there is a growing feeling at Portsmouth that Curtis may well soon leave the club as this is the latest hint that has been dropped over his future in more recent times.

Given that Cowley has stated that he would be open to letting players leave, you would like to think that the Irishman will be on his way out if one of the potential suitors stumps up the cash for his services.

He’s definitely proven that he is ready for the step up to the Championship after ripping it up in League One for a good few seasons now and it is clear that his frustrations over Portsmouth’s failure to get promotion this term are playing a part in him seeming to push for a move.

A lot is read into people’s social media behaviour nowadays but Pompey and more importantly the player’s intentions will become clearer once and only if a formal bid is made.