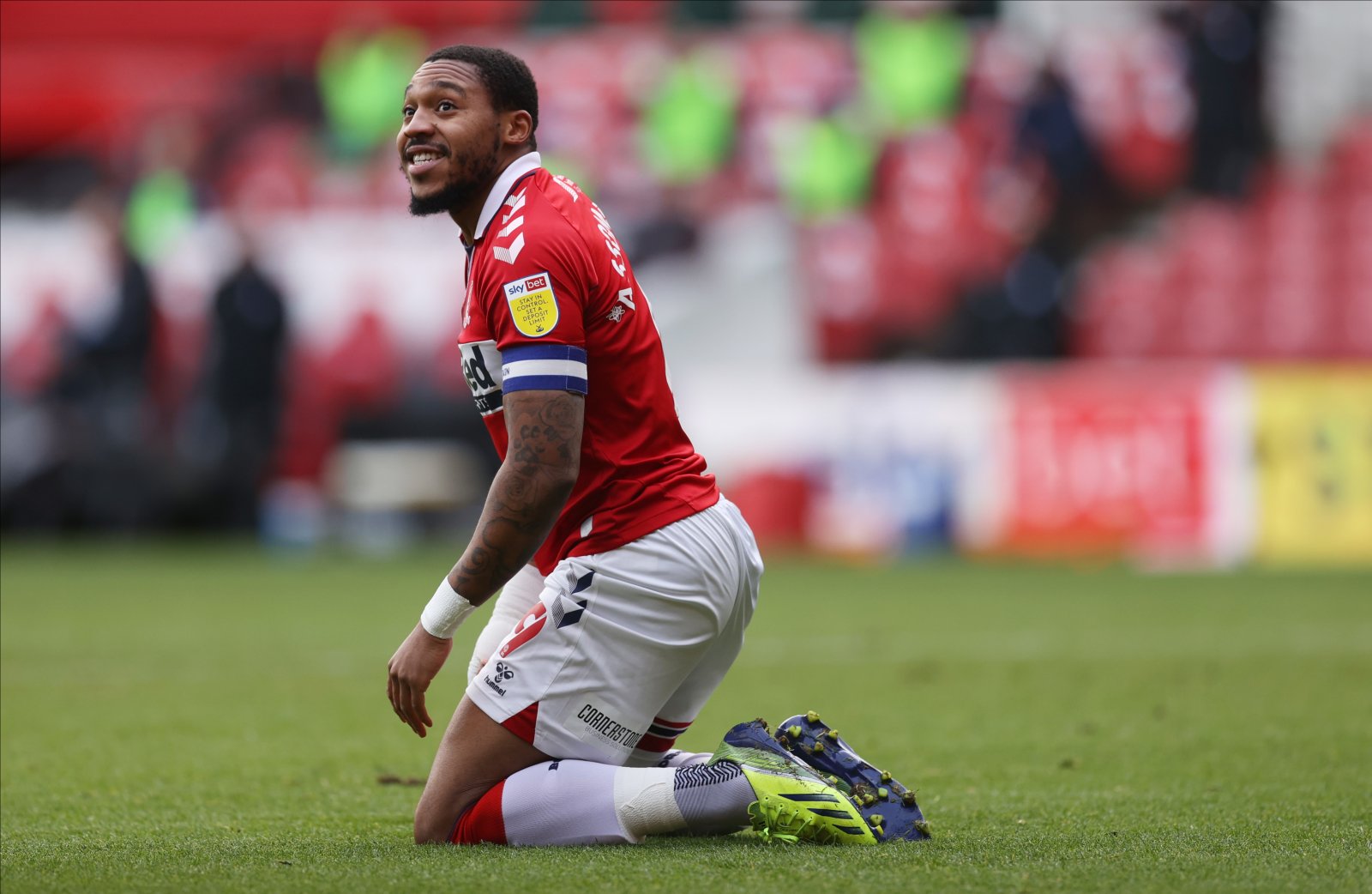 With the summer transfer window now almost upon us, one player whose future looks set to be the subject of much speculation over the coming months, is Britt Assombalonga.
The striker is currently a free agent following his departure from Middlesbrough at the end of this season, having scored 47 goals in 161 appearances during a four-year spell at the Riverside Stadium.
That is something that has already prompted plenty of speculation around the 28-year-old’s next move, with the likes of Bristol City, Rangers, and Assombalonga’s former club Nottingham Forest all linked with the striker in recent months.
But which club, would be the best destination for Assombalonga this summer and into the new season?
We put that question to some of our Football League World writers, and here, is a look at what they had to say.
Chris Gallagher
I think it has to be Rangers.
You could argue that he wouldn’t get regular minutes at Ibrox, which is probably fair, but it’s hard to turn down a club of that size for Assombalonga at this stage of his career.
The opportunity to compete for league titles and cups, as well as playing in the Champions League is something that he can’t have imagined was possible at all in the past. Plus, he will get to feature in one of the fiercest derby fixtures in world football.
So, whilst he will have a battle to force his way into Steven Gerrard’s best XI, it’s something that he should back himself to do. He would get a lot of chances in this Rangers team and could rediscover his best form.
He may get more playing time elsewhere, but the chance to move to Rangers must be the one that excites Assombalonga most and he should do all he can to make it happen.

Who do these 21 former Middlesbrough players now play for?

Ben Wignall
I think Assombalonga could be a good fit for a lot of Championship clubs as I refuse to believe he’s lost that goalscoring instinct at the age of 28.
The striker should be in his peak now but he didn’t really show it for Middlesbrough last season, scoring just five times but before that he was a guaranteed double-figure scorer every single season.
Rangers were linked with his signature but I don’t see how he fits in at Ibrox, so out of the English clubs linked I can honestly see a return to Nottingham Forest being a good fit.
Chris Hughton’s current striking options are all the wrong side of 30 and whilst Assombalonga will be hitting that age in 2022, I feel as though he could really flourish returning to a place where he had a lot of success in-front of goal – it just all depends on the wages he’s prepared to accept.
Alfie Burns
My gut feeling is that he needs to stick around in the Championship, where he’s got unfinished business and a little bit of a point to prove.

Assombalonga’s stock has fallen at Boro and there’s got to be a burning desire to show himself to still be the elite Championship striker he was once branded.

With that in mind, somewhere like Bristol City would be a good fit, with Nigel Pearson overseeing quite the change in personnel at Ashton Gate.

Famara Diedhiou is on his way out and new blood is needed to freshen up the attack. Assombalonga can come in and shake things up, you feel.

Other clubs like Rangers are attractive, if they end up pursuing him, but I just feel going to Bristol and proving a point in the Championship needs to be Assombalonga’s motivation.

Article title: ‘Return to Nottingham Forest’, ‘Has to be Rangers’ – What next for Britt Assombalonga after Middlesbrough departure? The Verdict