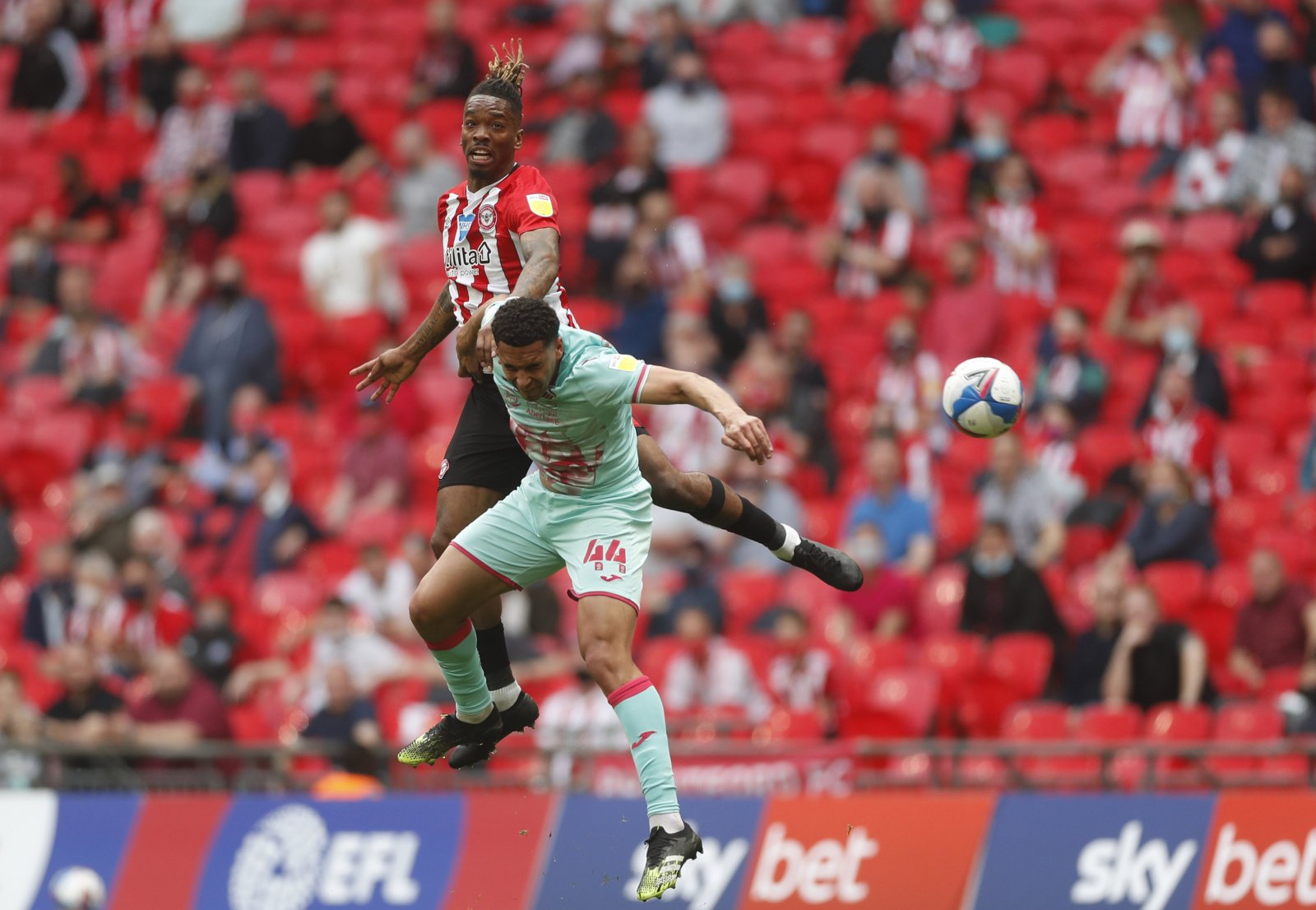 The young Welsh defender was in brilliant form for the Swans in the season just gone as he made 35 appearances for the club across all competitions.

Cabango formed a vital part of the Swansea backline as Steve Cooper’s side eventually lost out to Brentford in the Sky Bet Championship play-off final on Saturday.

Now it appears that the Hammers are eyeing a move for the three time Wales international this summer, with ExWHUemployee stating the following about the club’s supposed interest in the 21-year-old:

“They’ve actually been showing some interest – and this is a new name linked to the club – in a guy called Cabango of Swansea. Now, he’s only 21, Welsh international. He’s shown a lot of potential; he played in the play-off final.”

The Swans had one of the league’s best defences last season and Cabango certainly stood out as key performer under  the guidance of Cooper and co.

Originally born in Cardiff, the centre back has spent his entire career to date at Swansea, making 61 first team appearances either side of a loan spell with the New Saints.

His current contract at the Liberty Stadium expires in the summer of 2025.

Cabango would be solid signing for West Ham and I think Swansea would be open to receiving offers for their young prospect this summer.

At the age of 21 he has already established himself as a first team regular at Championship level and will only improve as he continues to be recognised at international level by Wales.

Given the length of his contract and room to develop, he would certainly command a hefty fee in the current transfer market.

Swansea fans can therefore sleep easy in the knowledge that the player has committed his long term future to the club and will only leave for big money.