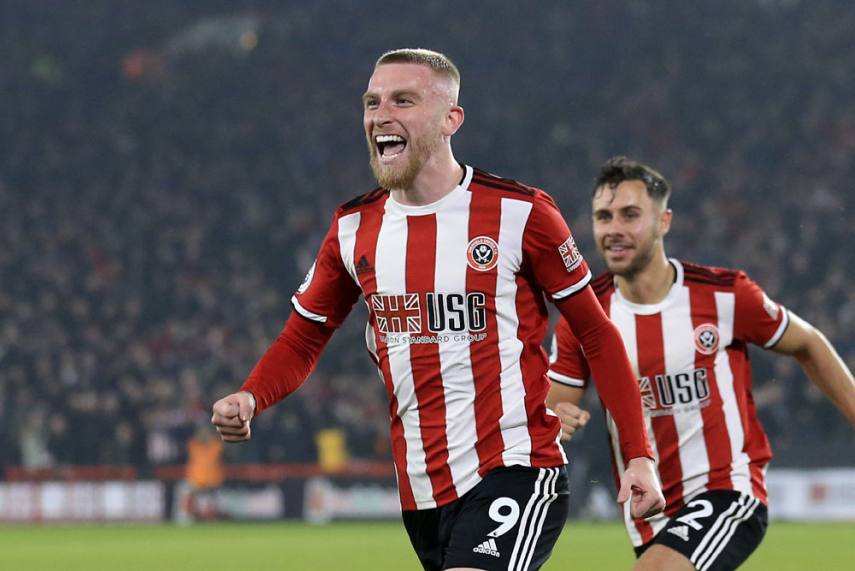 Noel Whelan has admitted that there are doubts over Sheffield United’s Oli McBurnie but he backed the striker to succeed at Rangers if a transfer to Ibrox happens.

It has been reported by the Daily Mail that Steven Gerrard has an interest in the Scotland international, although a £15m fee would be required for the Glasgow giants to seal a deal.

And, speaking to Football Insider, Whelan acknowledged it would be a risk to splash out on the 24-year-old, but he backed McBurnie to fit in very well to the way that Rangers play.

“He won’t be cheap for starters. He’s not had a good time at Sheffield United.

“He’s a focal point. He can play long balls up to him, he’s like Odsonne Edouard at Celtic. Players like Kent can then play off him. It could be dynamite. He’s strong and good in the air, they don’t have a forward who can do that at the moment.

“It will be a smart move from Rangers if they can get him at the right price.”

McBurnie managed just one goal for the Blades as they were relegated from the Premier League in the season just finished.

There’s no denying that McBurnie has fallen below expectations at Bramall Lane, particularly in the past 12 months when he just wasn’t good enough.

However, as Whelan says, that doesn’t mean he should be written off and he has plenty of qualities that could make him a success north of the border, especially considering he would be playing in a Rangers team that usually dominates.

So, this is one to monitor in the coming weeks, but it does seem a long shot financially for this transfer to happen.