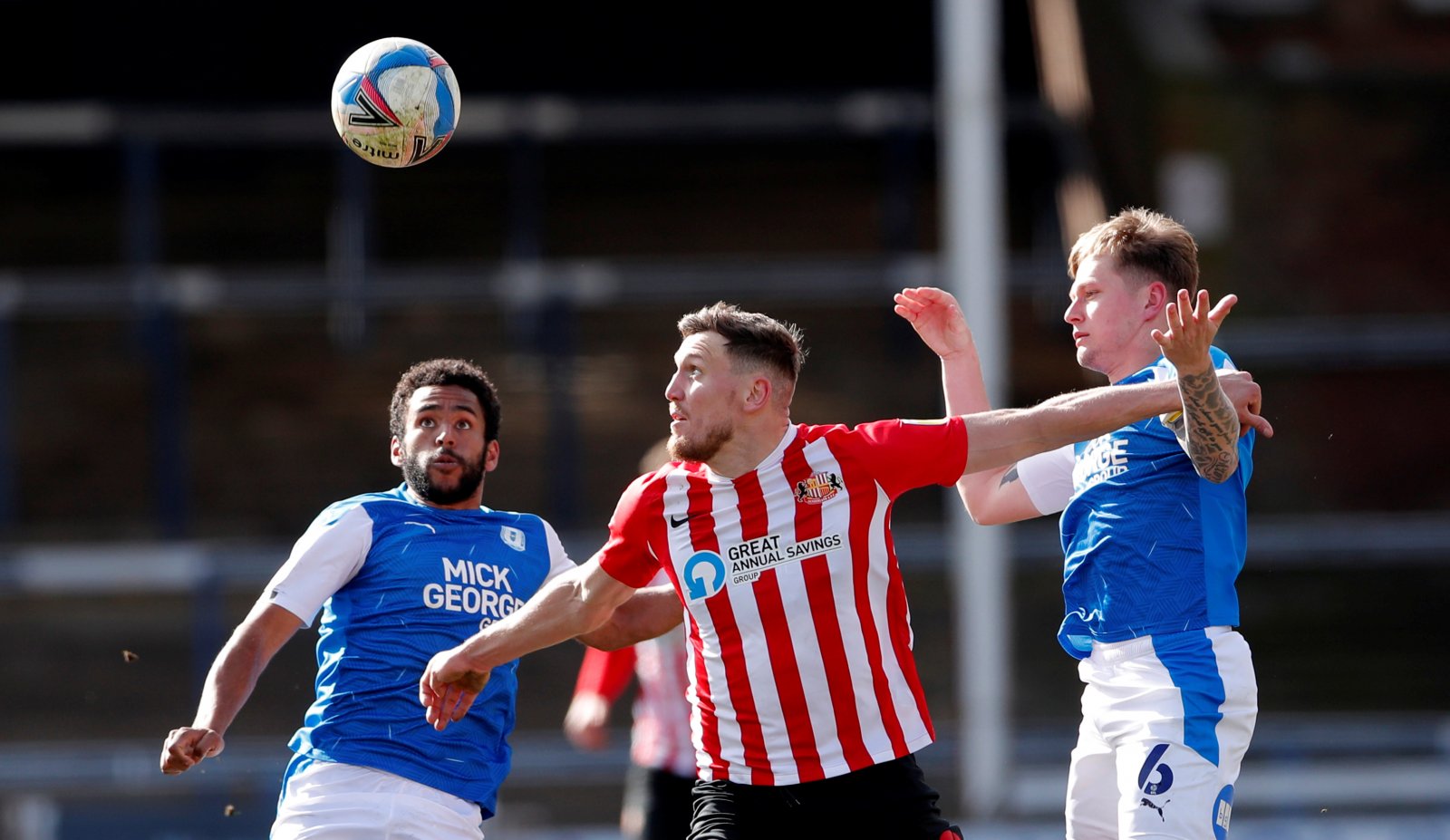 Ipswich Town are the latest club to register interest in signing Sunderland forward Charlie Wyke according to a report from the East Anglian Daily Times.

Wyke is out of contract in the coming weeks with the Black Cats, and it remains to be seen as to whether he’ll commit his future to the club ahead of the 2021/22 campaign.

The forward caught the eye with a number of impressive showings in this year’s campaign, as Wyke netted 30 goals in 53 appearances for Lee Johnson’s side.

The Black Cats finished the 2020/21 season fourth in the League One table, but missed out on promotion into the Championship after a defeat to Lincoln City on aggregate in their play-off semi-final.

That condemned Johnson’s men to another season in the third-tier of English football, and with some key players being out of contract this summer, a potentially nervy few weeks await the Stadium of Light faithful.

Ipswich Town finished this year’s campaign ninth in the League One table, and are reportedly keen on reaching an agreement to sign Wyke, as they look to strengthen their attacking options ahead of their push for promotion back into the Championship next term.

We take a look at ONE winner and ONE loser at Sunderland if Wyke was to seal a switch to Ipswich Town this summer. If Wyke was to depart, then it would no doubt leave a sizeable void in the Sunderland team as they prepare for the 2021/22 campaign in League One.

But one player that might benefit from his departure in the summer is Benjamin Kimpioka, with the Sunderland youngster finding regular minutes hard to come by in the senior side in recent seasons.

It’s likely to be a summer of change at the Stadium of Light, and it wouldn’t come as much of a surprise to see Lee Johnson start some of the club’s younger players, as they look to rebuild ahead of the new season.

Which of these Sunderland players were carded the most in each of the last 16 seasons?

The Sunderland boss would be the loser from this situation, as it would leave him without an in-form forward heading into the new League One season.

Johnson has often trusted Wyke to lead the line, and the former Bradford City forward has repaid that faith shown in him, with a number of strong performances this term.

Sunderland aren’t exactly blessed with a considerable amount of depth in attacking areas of his team, and you couldn’t blame Johnson if he was to look at signing players to fill the void left by Wyke this summer.

Article title: One winner and one loser at Sunderland if key man seals switch to League One rival