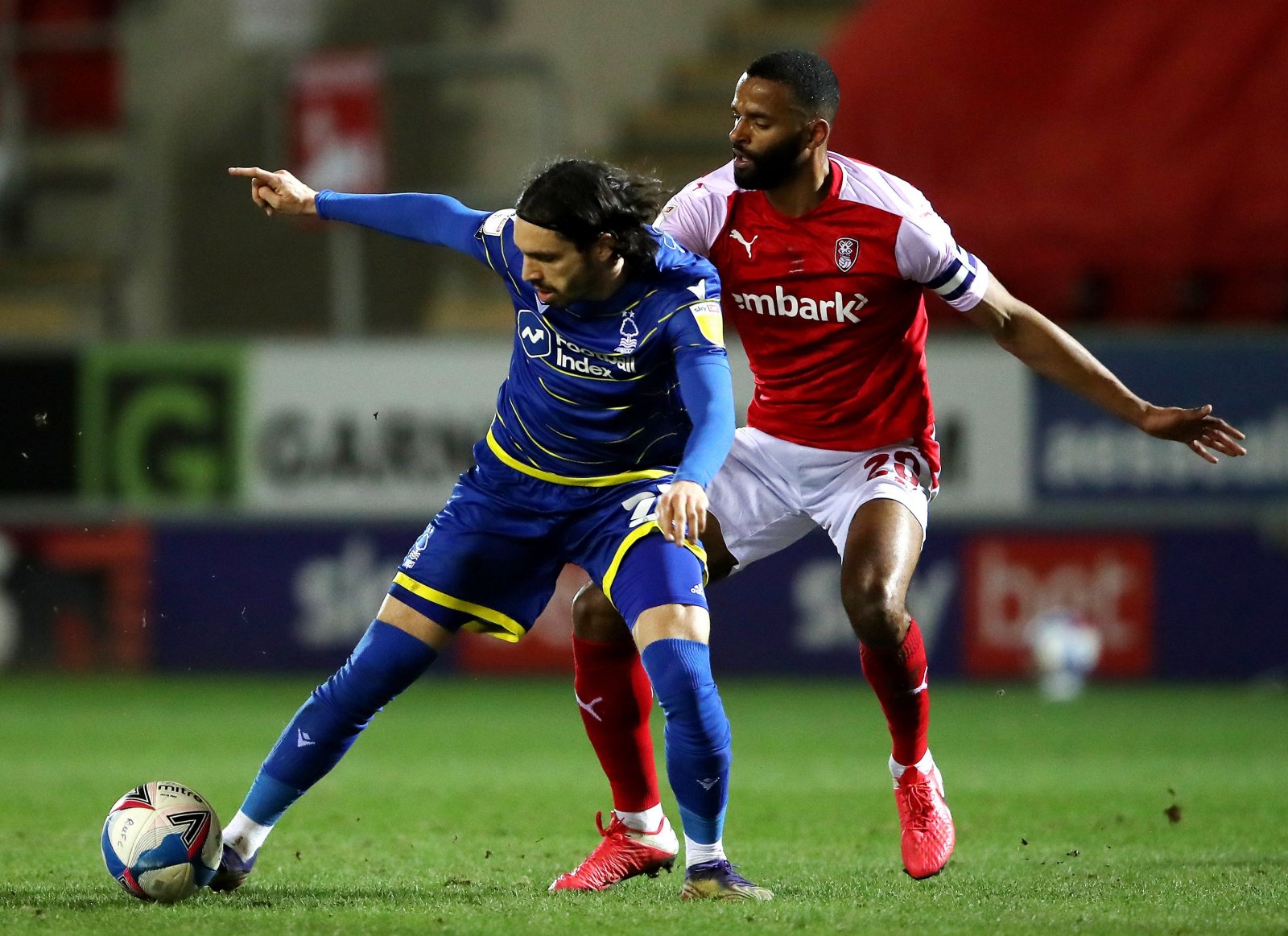 Filip Krovinovic could be set to return to Nottingham Forest on a second loan deal, according to A Bola via Sport Witness.

Krovinovic joined Forest on loan from Benfica in the January transfer window, after having his loan deal cut short at West Brom.

The Croatian went on to make 19 league appearances for the Reds, scoring one goal and registering two assists.

Krovinovic, who hasn’t played for Benfica since March 2019, faces an uncertain in Portugal, and could be set to return to England.

According to A Bola, via Sport Witness, Forest are trying to negotiate another loan move for Krovinovic, as Chris Hughton looks to strengthen his squad this summer.

Here, we take a look at one winner and one loser at Forest if the Croatian playmaker re-signed for the Reds…

Krovinovic hardly set the world alight during his brief spell at the City Ground, but he was a consistent performer who earned the trust of Chris Hughton.

He operated mainly as a number 10 during his time at Forest, but the final few games of the season saw him start out wide on the left, allowing him to drift inside and find pockets of space.

One goal and two assists in 19 games is hardly an eye-catching record, but he is a silky player who can operate in a number of positions.

Hughton will set his side up in his trusted 4-2-3-1 formation next season, with Krovinovic likely to be a regular starter in the number 10 role if he was to join.

But his ability to play deeper as an 8, or even out wide could be very helpful for the manager going forward. We talk about versatility, and Cafu also fits that bill.

Cafu arrived at the City Ground from Olympiacos in the summer, initially on loan before the move was made permanent in February.

He was originally billed as a defensive midfielder when he first joined, but the 28-year-old mainly operated as a number 10, whilst also playing alongside James Garner or Ryan Yates in a deeper role.

But Krovinovic is a similar player to Cafu in that respect, and if he did come back, then you’d imagine that he would be at the front of Hughton’s plans.

Cafu still has a point to prove after showing glimpses of his ability this season, and he will be desperate to impress in pre-season.

Article title: One winner and one loser at Nottingham Forest if 25-year-old pens loan move