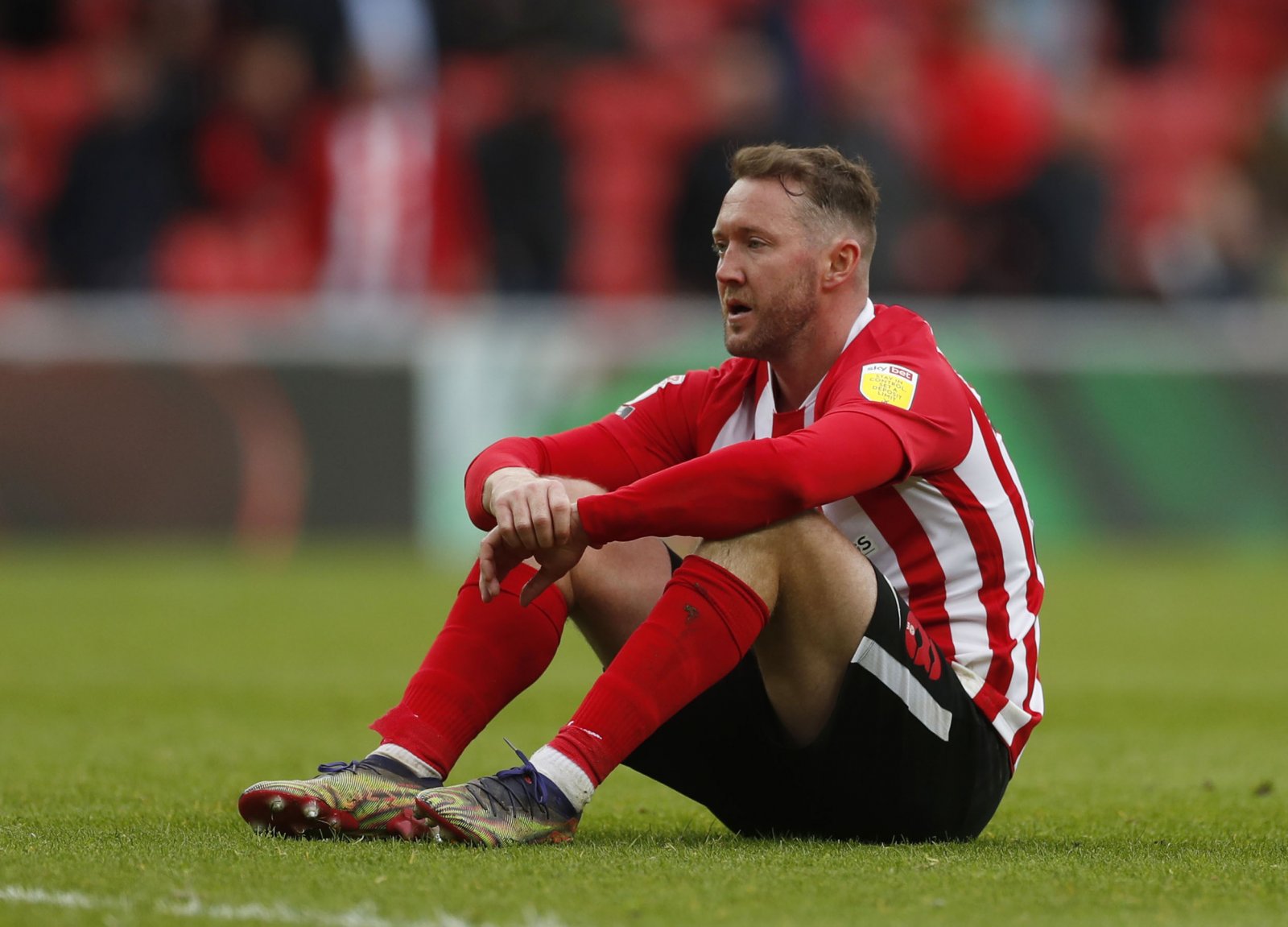 After a spirited first half performance at the Stadium of Light, Sunderland could not get over the line in their League One play-off semi-final second leg clash with Lincoln City, going down 3-2 on aggregate to the Imps.

In-front of 10,000 raucous Wearsiders, the Black Cats were on the attack from the off, especially when they were playing attacking midfielder Lynden Gooch at right-back, but neither of the two first half goals came from his side.

That’s because it was the Aiden McGeady show on the left-wing as he set up both goals to level the tie at half-time.

A low left-footed cross from the 35-year-old was able to set up Ross Stewart – partnering Charlie Wyke in a two-man attack – on 13 minutes and the Scot was able to poke Sunderland in-front on the day.

And not long after Wyke suffered humiliation after failing to hit the back of the net from a couple of yards out, the striker made it 26 league goals for the season.

McGeady supplied yet another left-footed cross, this one a little bit higher than the first, and Wyke was able to poke a foot out beyond his marker to divert the ball beyond Alex Palmer.

They looked a completely different team in the second half though and so did Lincoln, who came out for the final 45 minutes with a vengeance and Tom Hopper scored to put the away side 3-2 up in the tie.

There was hope for Sunderland when Lee Burge denied Jorge Grant from the penalty spot and despite putting immense pressure on Alex Palmer’s goal they could not find the goal they needed to take the contest to extra time.

Having waived a clause in his contract pre-match which would have seen an automatic one-year extension triggered had he started this afternoon, McGeady was one of the only bright sparks in Lee Johnson’s side and many fans have been showing their support for the winger.

Every single player can leave apart from McGeady #SAFC

Same story as last 3 seasons. One man team with Mcgeady. As soon as we had to start closing people down and winning 2nd balls it was game over with Leadbitter in midfield . Finished. No legs #safc

Out of everyone in that @SunderlandAFC squad. If anyone, KLD will pay Mcgeady whatever he wants to keep him. The rest of them out of contract can leave in my opinion. Clean slate.
Will be gutted if he leaves. #SAFC

Give McGeady and O'Nien new contracts and get rid of the rest. New manager, fresh players and we start again #SAFC

#safc need to keep Lee Johnson.
Hope McGeady gives another year, levels above.
Plenty of deadwood to shift too

McGeady should be the only one offered a new contract, the rest of them couldn’t get a game for for a decent Sunday league team @SunderlandAFC #SAFC

I’d keep Mcgeady and wave the rest of them off on their summer holidays!!! #SAFC

McGeady is insanely good but we shouldn't give him another contract

Other than Mcgeady, I really don’t want to see any of these play for us again

whoever doesn’t renew mcgeady needs to be sacked