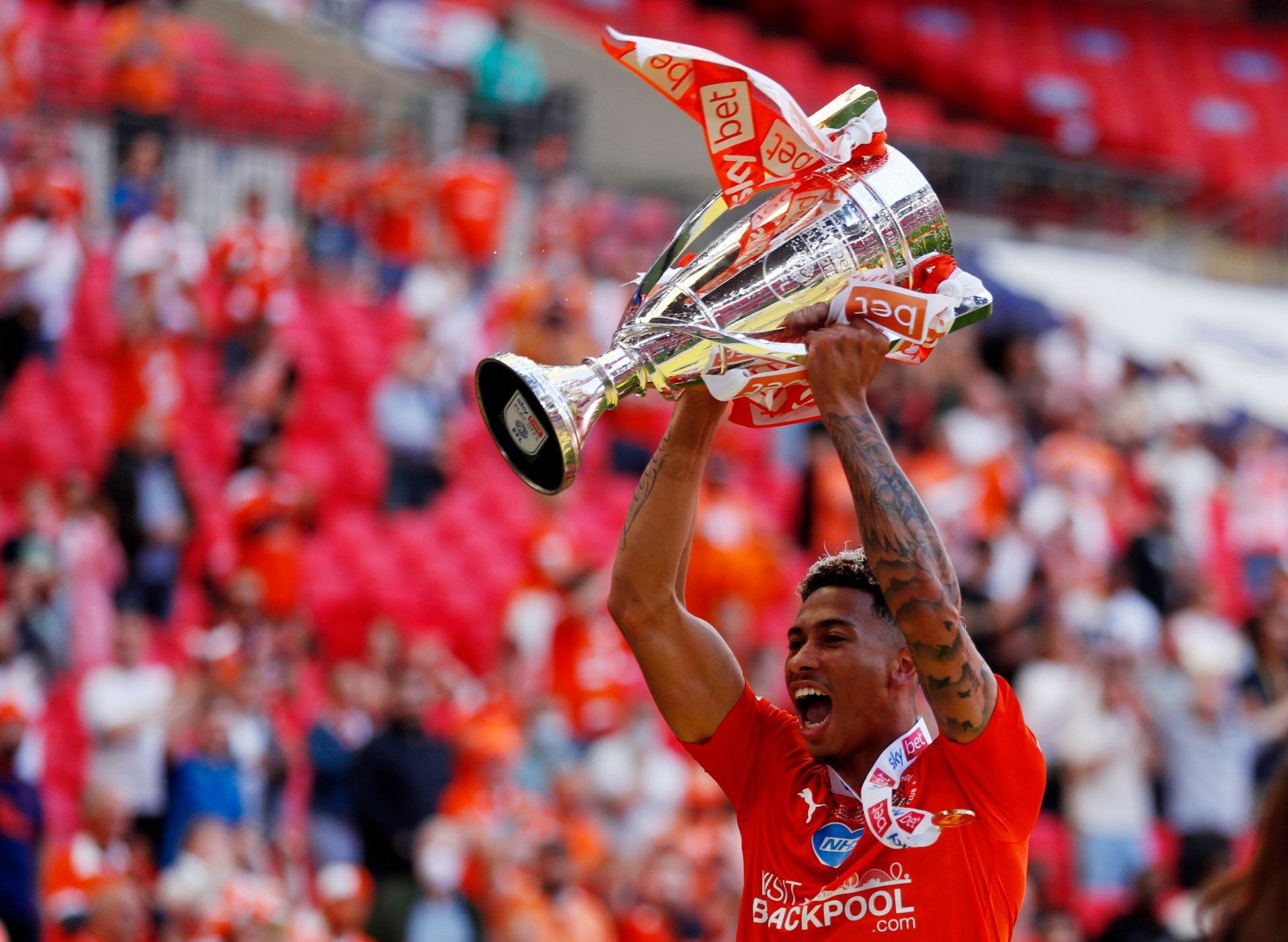 Jordan Gabriel has bid a passionate farewell to Blackpool after an impressive loan spell at Bloomfield Road this term.

Gabriel was sent on loan to Bloomfield Road in October, spending the season on loan in League One with Neil Critchley’s Tangerines.

The full-back made a total of 35 appearances for Blackpool, with 27 of those coming in League One as he battled it out with Ollie Turton for a place in the side.

The season culminated in success for Blackpool, of course, with Critchley’s side winning promotion via the play-offs at Wembley.

Gabriel will now return to Nottingham Forest and hope to play a part under Chris Hughton next season, after a rewarding campaign away on loan.

The 22-year-old has now sent a passionate farewell message to Blackpool fans via his Instagram page, thanking staff and team mates for the season he had.

Gabriel is reportedly wanted by Blackpool on a permanent basis after an impressive loan spell, with the Mirror also citing Portsmouth with an interest.

But the defender is set to be given his chance to impress in pre-season, as he looks to replace Cyrus Christie and cement his place at right-back.

This season would have been an excellent experience for Gabriel.

He perhaps didn’t play as much as he would have wanted under Critchley due to the form of Turton, but he was still an important player at times.

He will now hope to make his mark at Forest, and with Christie returning to parent club Fulham, there is scope for a new full-back to hit the ground running.