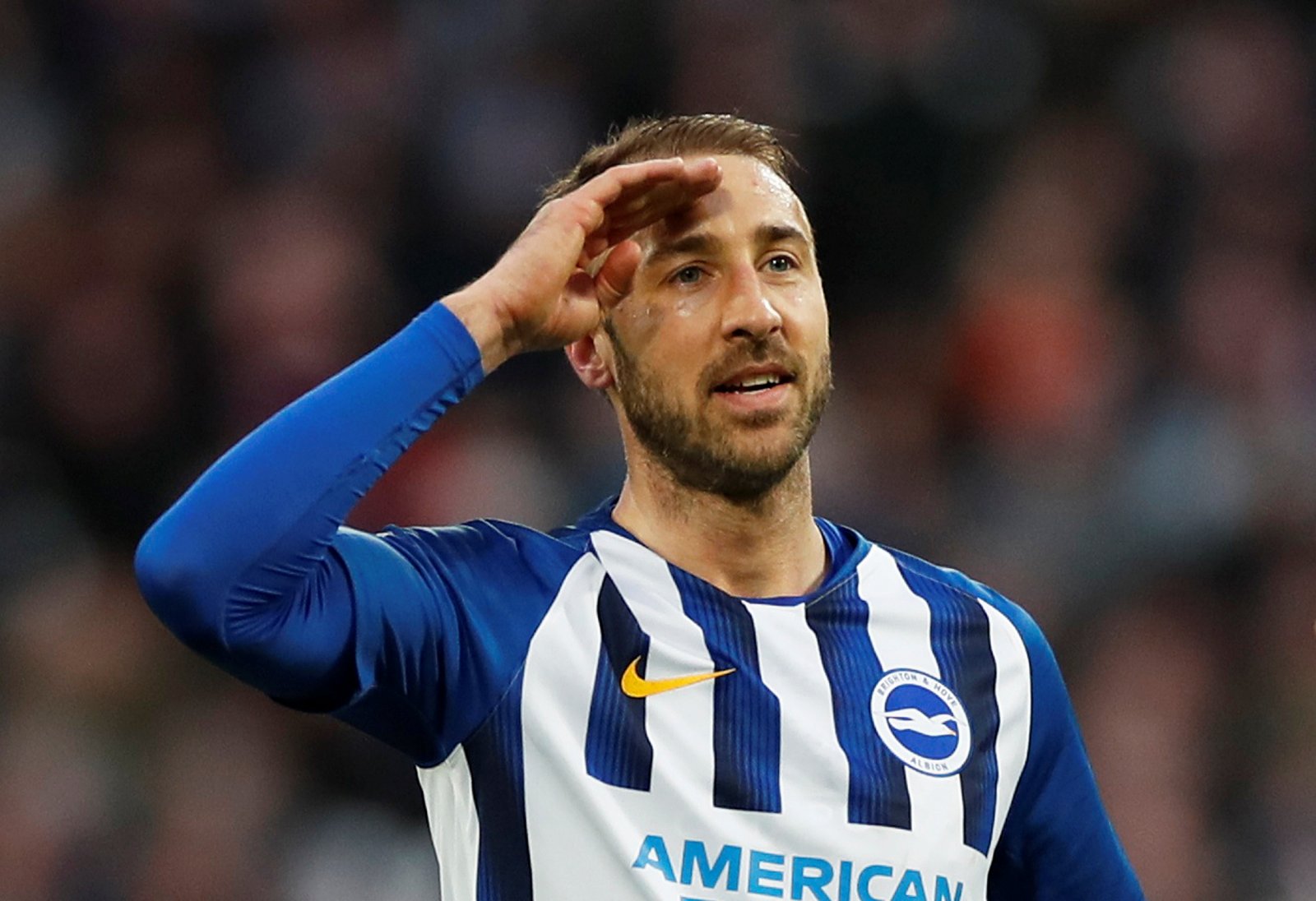 Nottingham Forest are on the cusp of sealing a deal to sign Glenn Murray from Brighton and Hove Albion.

As per Paul Taylor at The Athletic, Murray is in the process of returning to Brighton from his loan with Watford, before moving to the City Ground.

There, he will reunite with Chris Hughton on a permanent contract until the end of the season.

Another signing close for #NFFC with Glenn Murray set to sign on a permanent deal until the end of the season. Final paperwork being processed, that will formally see him return to Brighton from loan at Watford, before reuniting with Chris Hughton in Nottingham.

Hughton and Murray, of course, crossed paths during their spell at Brighton, winning promotion to the Premier League in their time with the Seagulls.

The 2016/17 campaign saw Murray score 23 goals, as Brighton finished runners-up to Newcastle United in the Championship and win promotion to the top-flight.

Murray then helped the Seagulls establish themselves in the Premier League.

However, the striker’s game time had become limited and, at the start of the 2020/21 season, he had agreed to join Watford in the Championship. With the Hornets, Murray started just one league fixture and now finds himself on the move once more.

As per Taylor, he will link up with Forest imminently, signing a permanent transfer until the end of the season.

Forest drew 0-0 with Barnsley yesterday in the Championship and currently sit just three points outside the relegation zone.

Forest are in a worrying position in the Championship table and despite having the likes of Lewis Grabban and Lyle Taylor on the books, they aren’t scoring enough goals.

Murray knows all about scoring goals in the Championship and he’s a player that Hughton can trust.

That’s going to be important as Forest gear up for a ‘backs against the wall’ second-half to the season.

Murray might be a short-term solution at 37, but Forest need a player of his ilk to help them avoid the unthinkable this season.

This will likely turn out to be a good signing for Hughton.

Article title: Nottingham Forest on the verge of transfer agreement