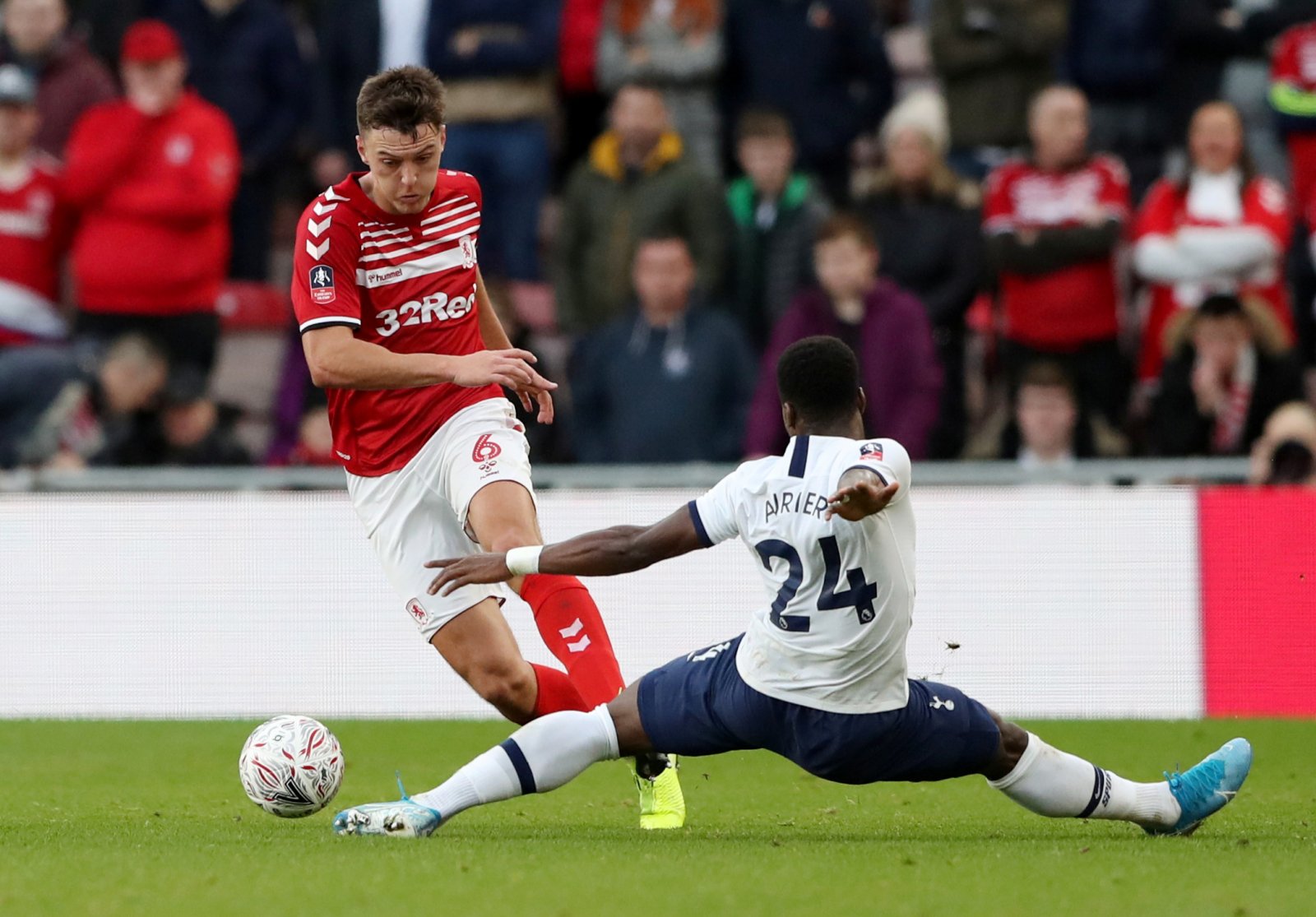 Middlesbrough manager Neil Warnock says he is hopeful that centre back Dael Fry will be available for his side’s trip to Pride Park to face Derby County next weekend.

Fry was absent from ‘Boro’s 4-1 thrashing by Brentford on Saturday afternoon, having suffered a calf injury late on in the goalless draw at Norwich last weekend.

Now however, it seems as though that injury is not one that is likely to keep the 23-year-old out of action for too long.

Providing an update on Fry’s fitness situation in the wake of that defeat to the Bees, Warnock was quoted by The Hartlepool Mail as saying: “Dael isn’t far away. He is quite confident he’ll be back next week.

“I’m no expert but there’s bits of blood around it, but nothing damaging in the actual muscle. So he should have a good chance for next week I hope.”

Following that defeat to Brentford, Middlesbrough have now failed to win any of their last four matches.

They are however still seventh in the Championship table, five points adrift of the play-off places ahead of their clash with Derby next Saturday.

So far this season, Fry has featured in 24 of ‘Boro’s 28 league games, once again producing some crucial performances for his side as they look to compete for a return to the Premier League.

Fry is such a big part of their defence right now, so it would be a huge blow to lose his presence from their backline for any extended period of time.

The fact therefore that it looks as though he could be back in action sooner rather than later will be a boost for ‘Boro, given they may well benefit from some stability in their back four, following some disappointing recent results.

Even so, they will have to be careful not to rush Fry – who has taken plenty of knocks recently – back too quickly, and risk aggravating any injury to leave him facing an even longer spell on the sidelines.