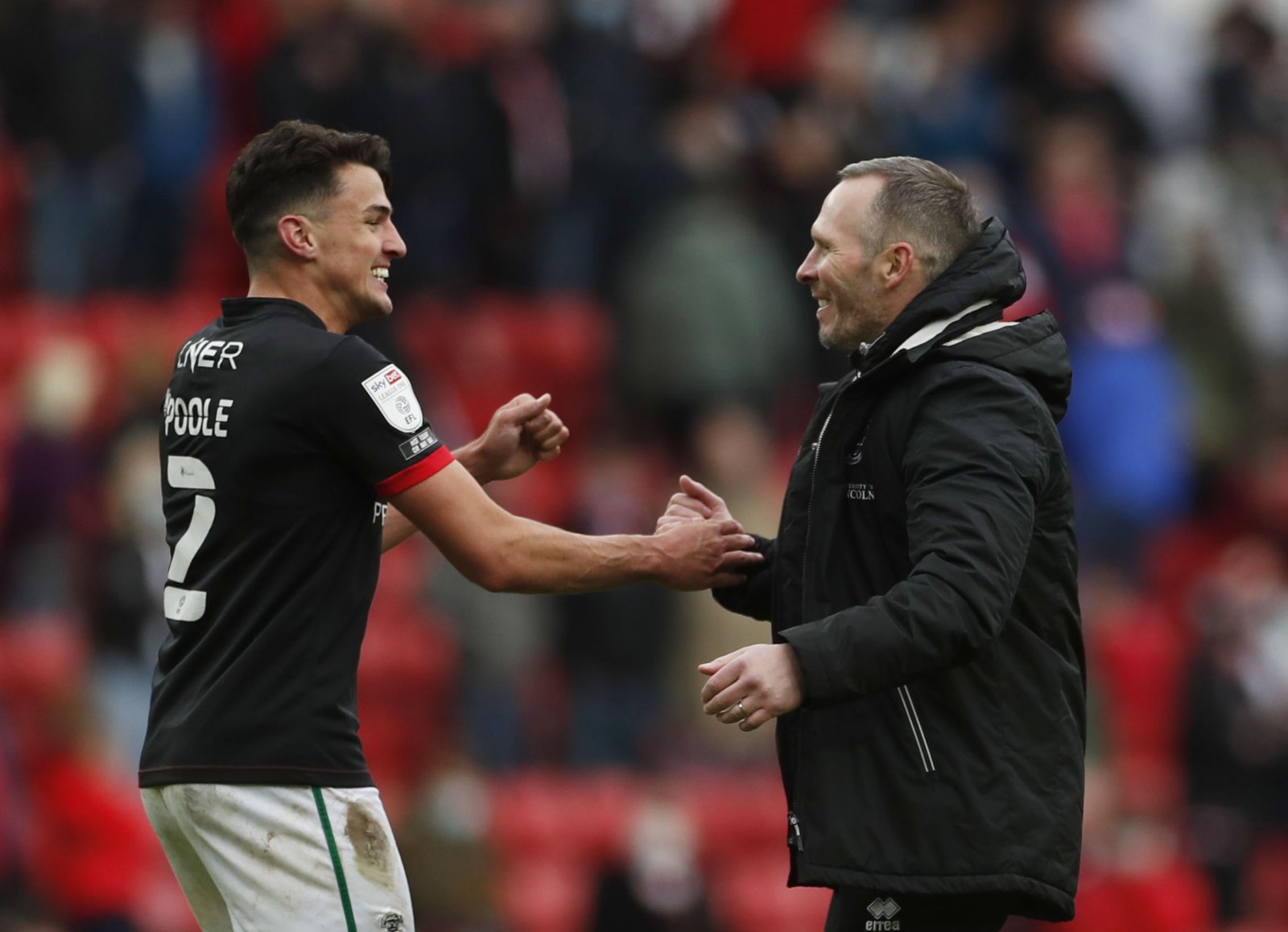 Lincoln City manager Michael Appleton has revealed to Lincolnshire Live what he said to his players at half time during their Sky Bet League One play-off semi final win over Sunderland.

The Imps quickly fell 2-0 behind at the Stadium of Light in the second leg on Saturday as their lead from the first leg was quickly eaten up by a ravenous Sunderland side who were intent on fighting back after their disastrous showing in the game at Sincil Bank.

However the away side came out firing in the second half and got the all important goal that they needed close to the hour mark as Tom Hopper found the net with a well taken header to put the Imps 3-2 up on aggregate.

Lincoln went on to hold out and secure their place at Wembley Stadium, with Appleton being quick to detail what he said to his players at half time after they fell 2-0 down:

“I was annoyed at half-time.

“The players know that. It’s dangerous sometimes. I’m not an old school manager who rollicks his players all the time. I’ve not had to do it too much this year but I felt half-time was the right time because I just didn’t recognise us in the first half.

“I have to give them [Sunderland] credit, they pressed the life out of us and made it very difficult for us. The crowd got on top of us as well.

“It was an incredible experience for the young players but I wanted to make the point at half-time ‘look, you have to show personality, you have to go back to what you’ve been doing all season, being brave, getting on the ball and showing what a good side you are’.

“It felt like there were 40,000 fans in there. I said to them, if you want to play higher, when you’re put under intense pressure every week, you’re going to have deal with this type of situation. To be fair they did.”

The club’s players and management team will now be preparing for the showpiece final which is scheduled to take place on the 30th May as the Imps take on Blackpool at Wembley, with a place in the Championship next season on the line for both sides.

Appleton is once again proving just how good a manager he is at this level and I have a lot of confidence in him going forwards as his team heads to the capital to take on Blackpool.

Most play-off finals are cagey but I am expecting a very open game between two sides who love to attack and create chances at will.

Brennan Johnson will once again be the key protagonist for the Imps and I believe he will have a big say on where the game is won and lost.

It’ll be a very tough task for Lincoln and they will spend some periods of the game with their backs against the wall but I think there is a growing feeling that this could be there year.