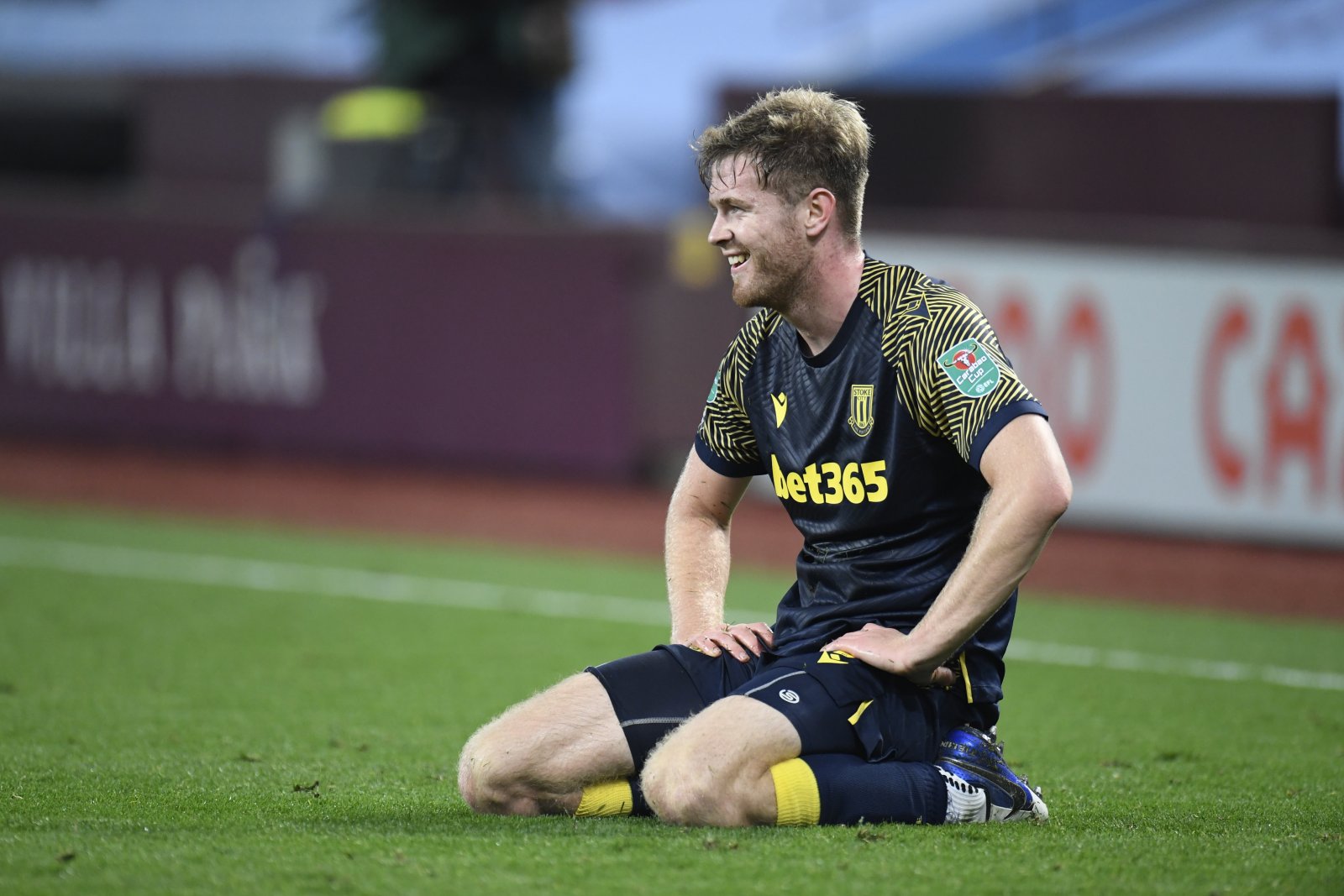 The Ireland international has been a long-term target for Burnley and Sean Dyche, and the Clarets had two bids rejected for the 20-year-old in the most recent January transfer window – the second one being £7.5 million.

Burnley are expected to reignite their interest but according to Wood, the Potters want a fee of £15 million for Collins, who played 22 times for Stoke in the Championship last season before injury ended his campaign early.

The Sun reported last week that Stoke were ‘waiting’ for Arsenal to make an offer for Collins, but now the Foxes have entered the mix for a player who is naturally a centre-back but can also play at right-back.

Brendan Rodgers will be looking to bolster his defensive options ahead of a Europa League campaign, and with Jonny Evans suffering a few injuries this past season more depth is needed and Collins could fit the bill.

But they face a battle on their hands if both Burnley and Arsenal are both in the mix, and it may come down to who can offer Collins the most minutes for the next season and beyond.

Stoke will not want to sell the player they consider to be their hottest prospect, but as we saw from the release of their most recent accounts they have lost a lot of money since being relegated to the Championship.

That hasn’t even taken to account playing this season behind closed doors, and it’s why the likes of Sam Clucas are being touted around to leave on free transfers to get them off the wage bill.

Taking the money for one of their talents though might help – there’s likely going to be interest in Harry Souttar and Tyrese Campbell as well – and Collins’ head may end up being turned by all the interest from Premier League outfits and that may force Stoke’s hand to sell.