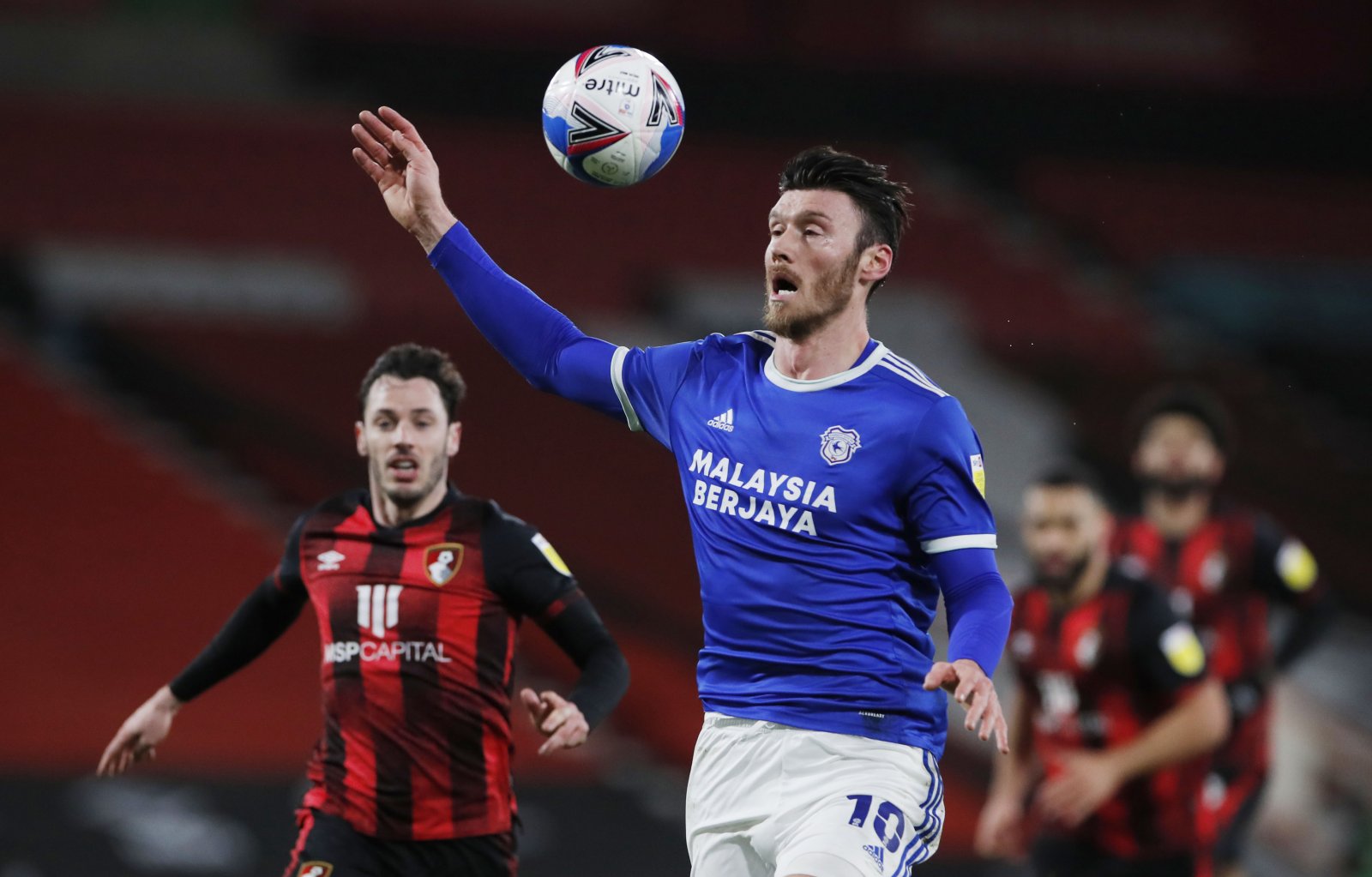 Cardiff City don’t want to lose key man Kieffer Moore in the summer, although if an offer in excess of £15m arrives he could depart.

The big striker only joined the Bluebirds from Wigan last year, but he has quickly established himself as a crucial player at the club. Moore hit 20 goals for the Welsh side as they endured a frustrating campaign that saw them miss out on the play-offs.

Despite the team’s struggles overall, Moore’s goal return, combined with his ability to hold the ball up and bring others into play, means that he has caught the eye.

And, with Cardiff in a position where they may need to raise cash, there has been fears that Moore could depart.

However, Wales Online have revealed that it would take an offer of at least £15m before they considered selling the influential former Ipswich Town man.

Whilst that would seem a significant amount for a 28-year-old with no top-flight experience, Moore’s value could rocket if he has a successful time with Wales at the European Championships this summer.

Even though Cardiff need to raise funds this summer, it’s vital that they do all they can to keep hold of Moore because goalscorers are tough to come by.

Having said that, every player has a price, and if the club did get £15m for him then it would be excellent business and it may allow McCarthy to strengthen the squad elsewhere.

Right now though, the priority has to be to bring in an attacker that can help the big man, and if they get that right, the form under McCarthy towards the end of the season suggests Cardiff could be promotion contenders in 12 months time.