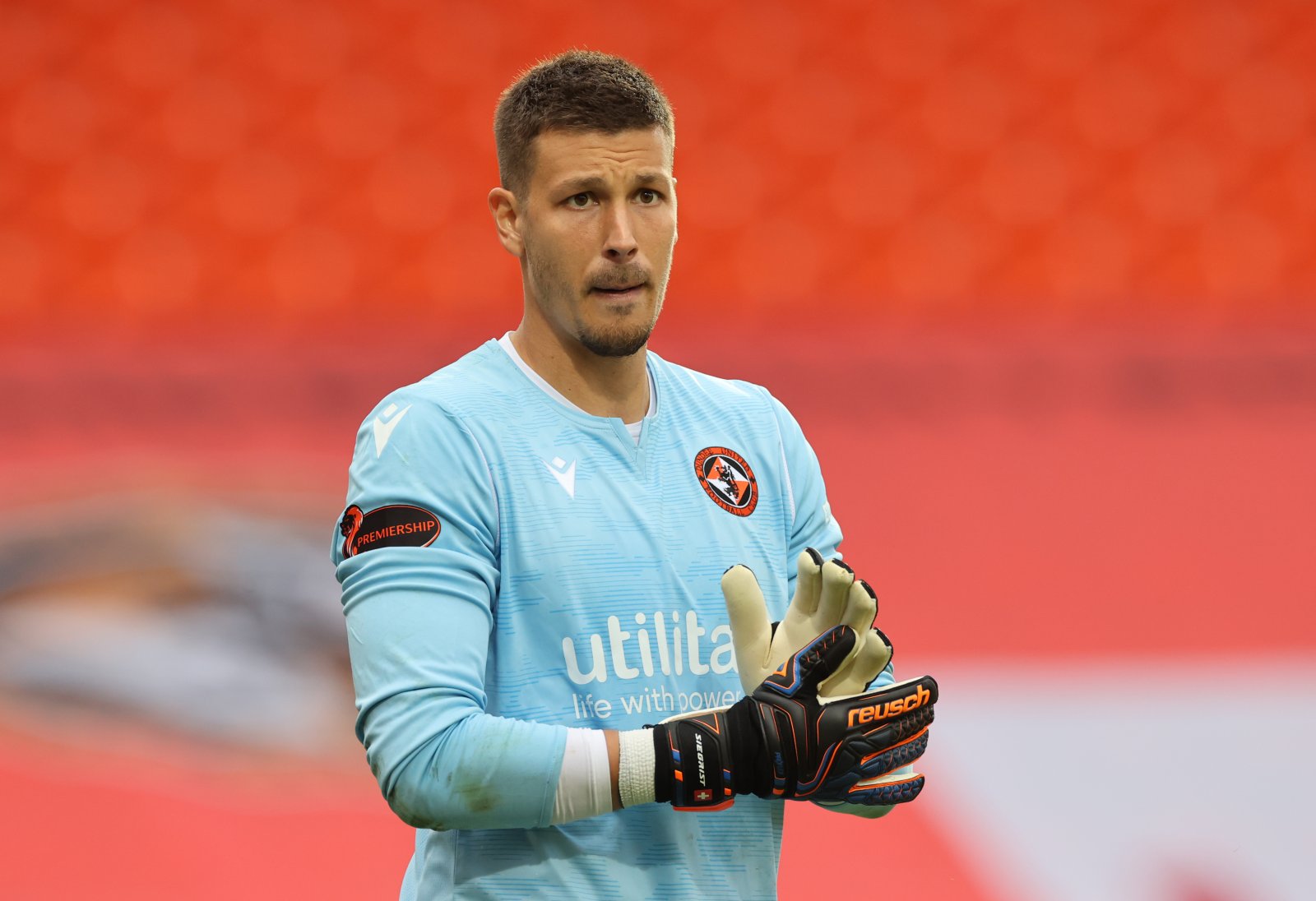 Ipswich Town are rivalling Celtic in their pursuit of Dundee United goalkeeper Benjamin Siegrist, with Swiss publication Blick reporting that both sides are interested in the 29-year-old.

A former member of Aston Villa’s academy, Siegrist has gradually established himself as the number one choice between the sticks at Dundee since moving to the Scottish Premiership club back in the summer of 2018 and played 36 games for the Terrors this season.

His fine form has now attracted the interest of the Tractor Boys and the Hoops, with both clubs seriously considering making their move for the Swiss shot stopper who only has one year remaining on his current contract at Tannadice Park.

Speaking recently on his future, the 29-year-old was quick to emphasize that he is already eyeing the next step in his career as he begins to consider interest from his services elsewhere:

“I don’t want to force a change, but I am already aiming for the next step in my career.

“If there is interest, I’ll take a close look.”

He has now made north of 100 appearances for the first tier outfit and has 39 clean sheets to his name, that he has amassed over the past few years.

I don’t want to put too much of a downer on things for Ipswich Town fans, but I think they are fighting a losing battle with this particular transfer target.

Celtic can offer European football and a location that shouldn’t involve the player having to move too far away from his current base in Dundee.

A return to England with the Tractor Boys would mean that Siegrist would have to move his family all the way down to East Anglia, to a club that may not be able to guarantee that he’ll be the number one choice between the sticks.

If both clubs firm up their interest, the shot stopper will certainly have a decision to make on his future but I think the Hoops will have the edge due to their stature and geographical advantage.