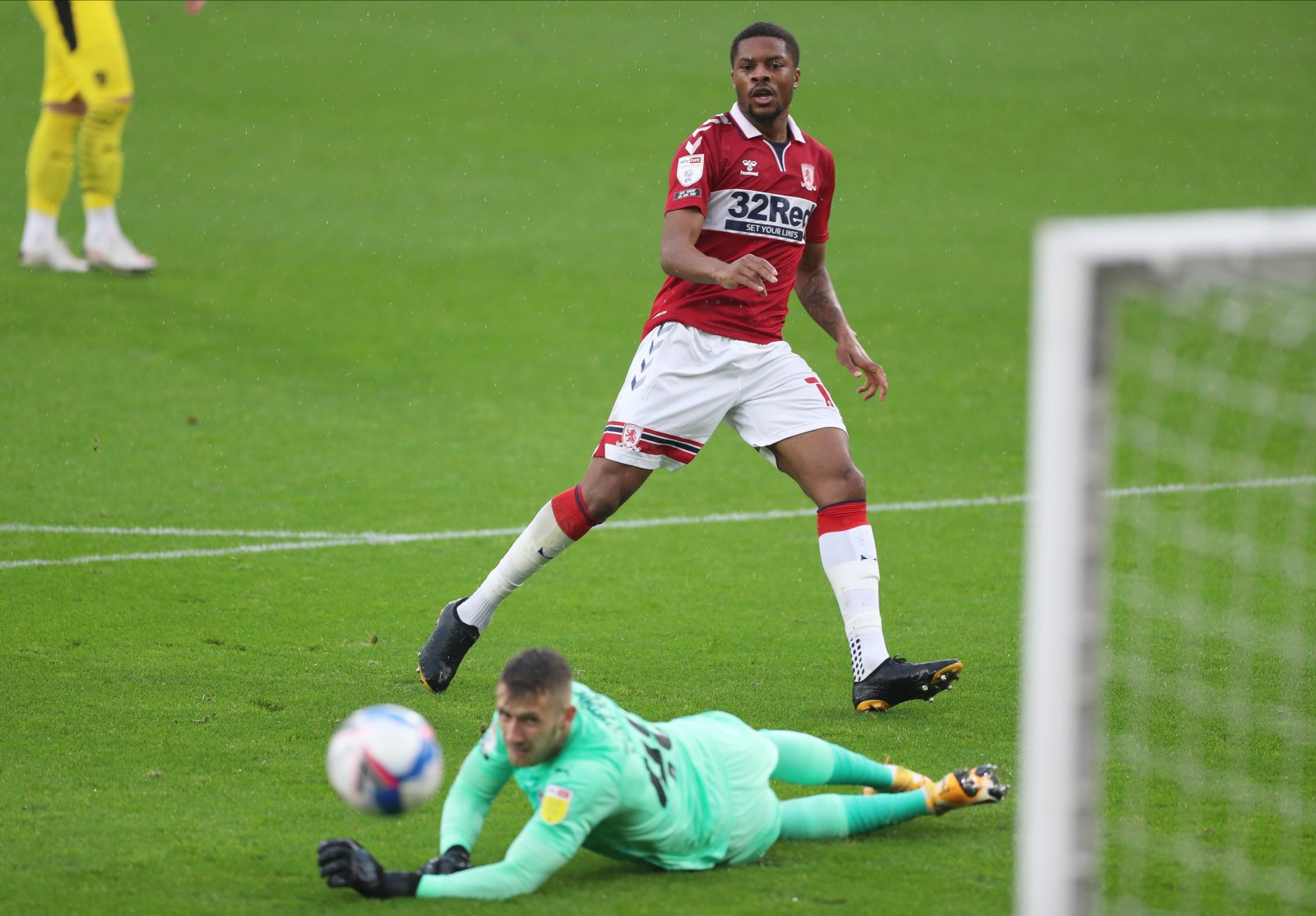 Nottingham Forest have emerged as potential contenders to sign Chuba Akpom, according to the Northern Echo.

The Middlesbrough striker faces an uncertain future at the club after being told that he would be allowed to leave the Riverside Stadium ahead of the new campaign.

Akpom only arrived at the club last summer but has struggled to break into Neil Warnock’s first team plans after scoring just five goals in all competitions this season.

Forest will be looking for attacking additions of their own, but would Chuba Akpom be the man to fit into Chris Hughton’s side?

I think that Forest definitely need a smaller, quicker striker to compliment the likes of Lewis Grabban but I’m not entirely sure that Akpom would work.

He’s definitely in the mould of what Chris Hughton should be looking for but I am not convinced that Akpom would fire in the goals to get Forest to the play-offs – he scored just five times in the Championship this past season for Middlesbrough and there’s a reason why Neil Warnock seemingly doesn’t want him anymore.

Akpom retained a lot of potential a few years ago when he was still at Arsenal but he’s not proven himself to be prolific in the English leagues, and if they have the money Nottingham Forest could do with seeking someone who has proven that they know where the back of the net is.

I could see Akpom perhaps revitalising himself at a club that doesn’t have expectations as high as Forest do, but I don’t see them making a move for him.

This would be an interesting addition for Forest to make as they are seemingly in the market for a new striker.

Akpom has a lot to prove at Championship level and I think he would be a risky addition for Chris Hughton to make in someways.

Five goals in 20 starts for Boro isn’t bad going but just hasn’t done enough in the North East and that’s why he appears set to leave this summer.

Forest need a new striker but I like to think that they will be looking for someone more potent in front of goal than Akpom.

If Forest have genuine ambitions of pushing for promotion next term, they need to ensure they have a striker in their armoury who has proven he can cut it at this level.

Akpom has failed to impress during his stint at Middlesbrough, and has had similar poor spells in the EFL with the likes of Forest and Brighton.

There is clearly a player in there though, Akpom’s return in Greece with PAOK certainly stood out but Forest ideally need to be signing players with a better track record in front of goal in England.

Does he get in the side ahead of Lewis Grabban and Lyle Taylor? Probably not in my eyes.

Ultimately, Akpom needs to be joining a club where he is a guaranteed starter and you just can’t say he will be at the City Ground, so for all parties, this seems a deal that should perhaps be left as speculation.