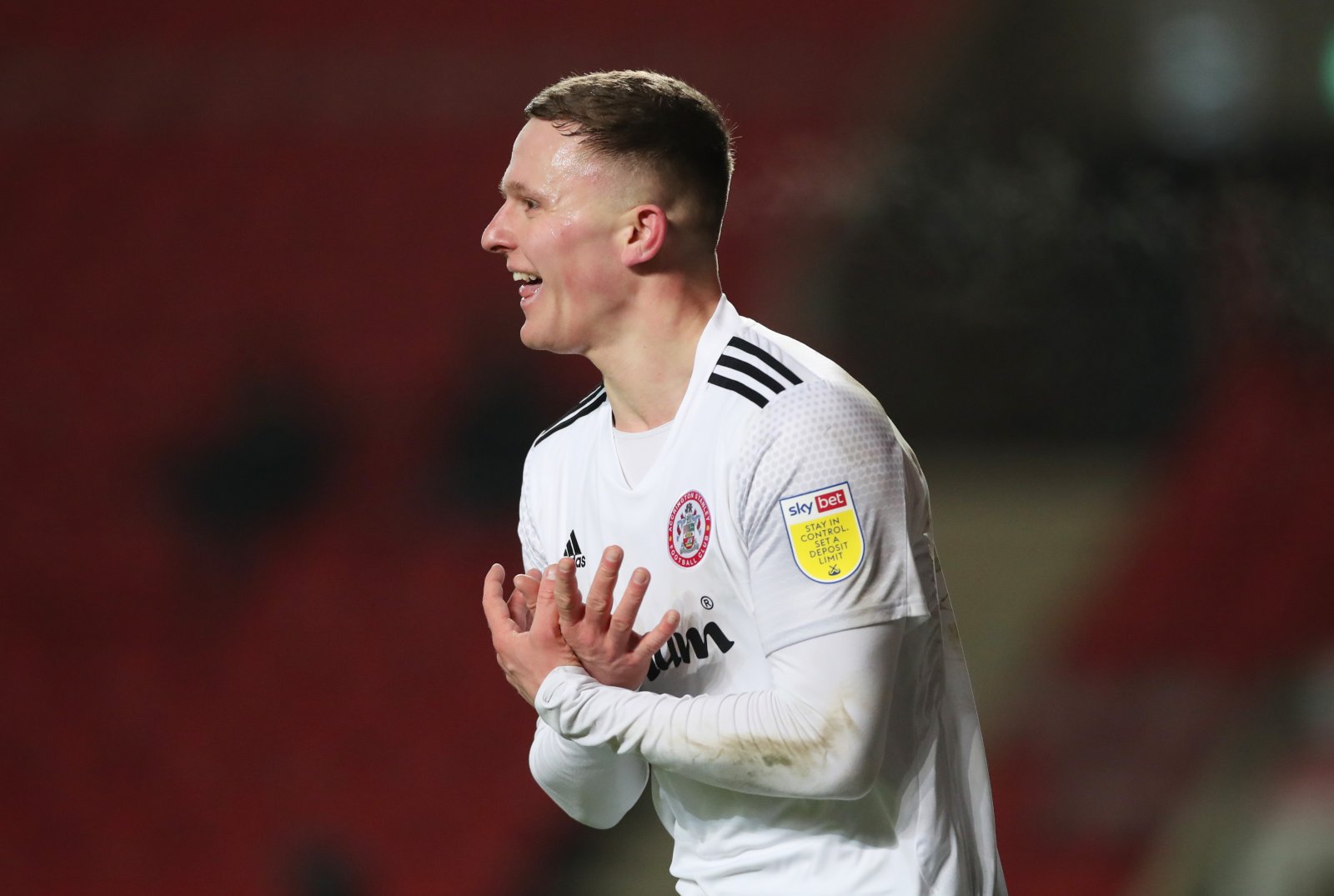 Ipswich Town and Huddersfield Town are interested in making a potential move for Accrington Stanley forward Colby Bishop this summer, according to the East Anglian Daily Times.

Bishop has enjoyed two strong seasons with Accrington in the English third tier managing to reach double figures for goals in League One in both campaigns. This season the forward managed to fire in ten league strikes in his 41 appearances and added further two more in the cup competitions. The 24-year-old has just 12-months left on his current deal though the option is there for a further year.

According to the East Anglian Daily Times, Bishop is one of the strikers that Ipswich are taking a look at this summer. It is believed that Accrington are set to demand a high six-figure fee for the forward which would also include add-ons as well. The Tractor Boys are thought to be in a position to pay such fees this summer following their recent takeover.

It is also being reported that Huddersfield Town are set to battle with Ipswich for his potential signature this summer. The Terriers are expected to still be keen on the 24-year-old despite having already secured the signing of Jordan Rhodes following his release from Sheffield Wednesday. There is also thought to be more interest from clubs in both the Championship and League One.

This would potentially be a very smart signing for Ipswich or Huddersfield to make this summer. Bishop is especially a good acquisition for a club in the English third tier and he has already shown in the past against the Tractor Boys that he can be a real handful when he is at his best. Those are the sorts of players that Paul Cook will be keen to bring into Portman Road this window.

Bishop’s form in the last two seasons has been good enough to arguably deserve a chance to move on to a club at either a higher level or who can pay him more wages. Huddersfield is likely to be an appealing proposition for the forward given they are still in the Championship and you could see him adding quality to the options that Carlos Corberan can call upon upfront.

However, Ipswich is an attractive place to move to this summer and more so than in a lot of previous other transfer windows. They have the funds from the new takeover and are looking to refresh the squad and that means that new arrivals are likely to be handed prominent roles. Bishop might be that extra spark they need in the attacking third.