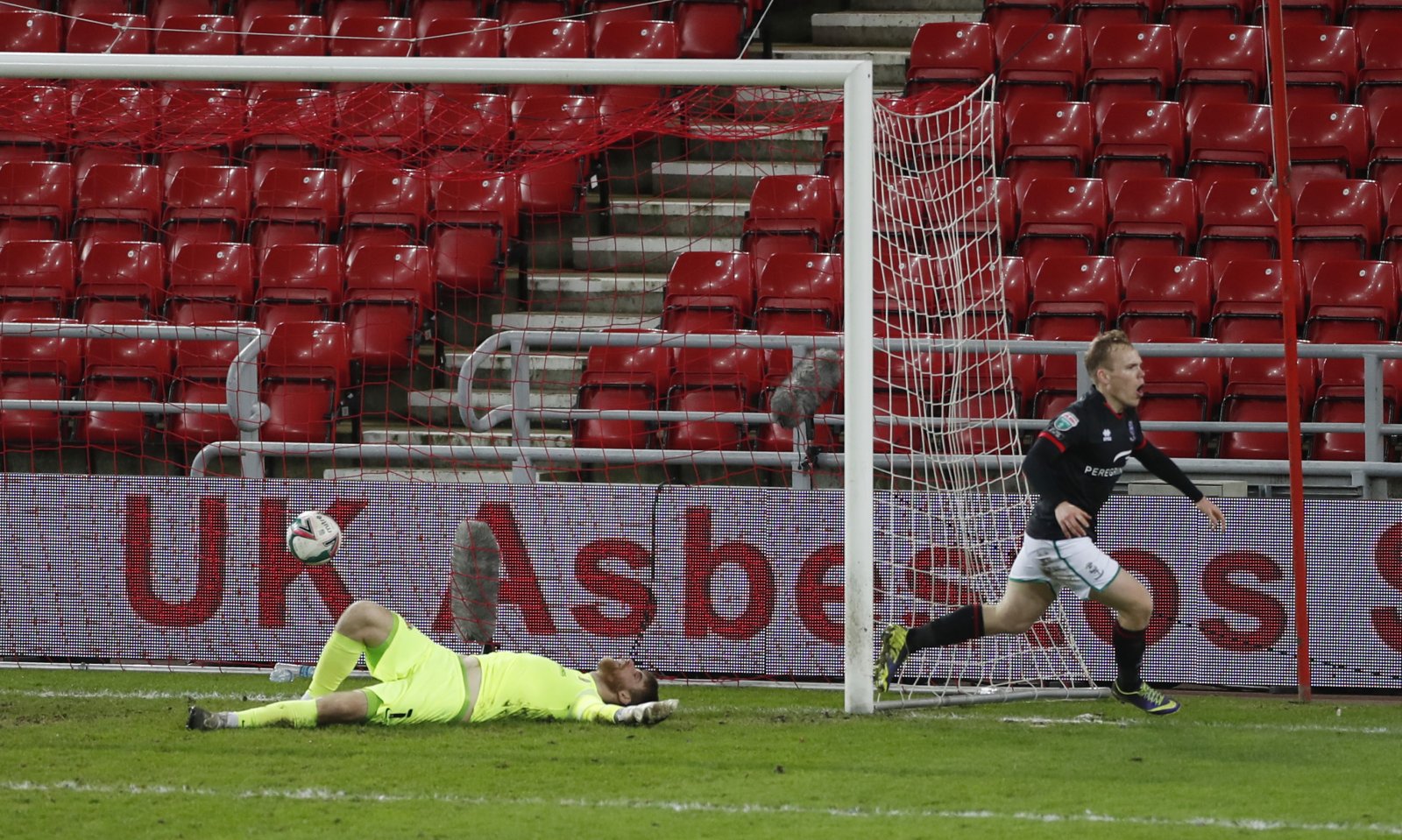 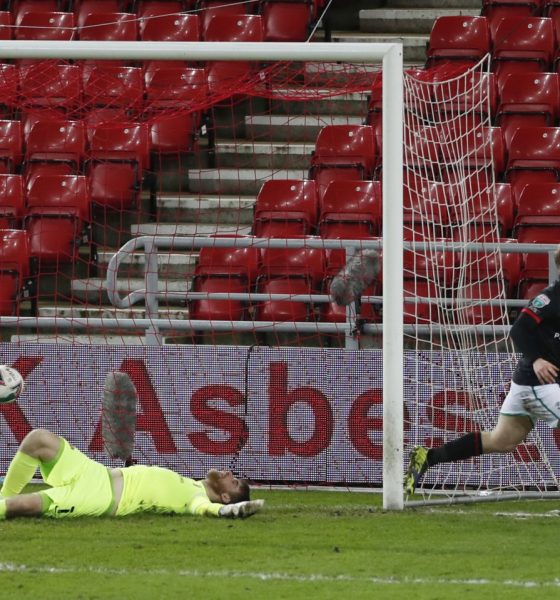 He is Lincoln City’s joint-leading goalscorer with 17 to his name in all competitions, but Anthony Scully is thriving for more goals between now and the end of the season after failing to hit the targets he set before the campaign got underway.

“It’s probably a little bit lower than the target I set before the season”, he tells Football League World.

“In terms of goals to games, though, that’s bang on the money. 17 goals from a wide position is a good number, and I’m just looking to build on that now. I want to get a few more before the end of the season, and then build on that next season and get even more goals.”

From the outside looking in, Scully’s form in front of goal, as well as Lincoln’s season in general, has exceeded expectations.

The Imps finished 16th before the League One campaign was curtailed last season, but a full summer transfer window gave Michael Appleton the license to go out and bring in his own players who fit into his high-intensity, attacking philosophy.

“The manager came in halfway through last season, so it would have been unfair to judge him or the group of players on last season,” Scully says.

“We brought in lots of players in the summer who suit the manager’s style and fit into how we want to play as a group.

“We had a full pre-season learning how we want to play, and it was beneficial being together for six or seven weeks before the season started. To be able to get together and work together for so long has been the key really, and implementing stuff that the manager wants from us on the training pitch and taking that into matches.

“It’s been a great achievement for us to get into the play-offs. We were close to pushing for the automatics but missed out on that, so we have a second chance now to go up.

“At the start of the year, we would have taken that as a group. We had a points target and we hit that early, so I think it has been an excellent season from the players and staff overall.”

Scully has been a key cog in a Lincoln side which has scored 69 goals in 46 league matches this season, with 11 of those strikes coming in League One.

The 22-year-old, who arrived at the LNER Stadium from West Ham United in February 2020, has netted 17 goals across 50 appearances in all competitions, and is leading the way in the goalscoring charts alongside Jorge Grant.

But what is perhaps even more impressive is the fact that the Irishman has started only 22 times in League One this season, with there strong competition from the likes of Brennan Johnson and Morgan Rogers for a place in Appleton’s 11.

But that competition is healthy, and has pushed Scully all the way in regards to claiming a shirt and making the most of a starting berth.

He continued: “Competition makes you want to perform better. To get to 17 goals is really good and we’ve all been pushing each other, and there are forwards in the squad who are pushing to wear the shirt.

“The competition we have all over the pitch is only going to help us achieve the goals we have.”

Lincoln are a club who have gone from strength-to-strength in recent years, and are now preparing for one of their biggest games in the last decade.

On Wednesday night, they host Sunderland in the first leg of the League One play-off semi-finals, where they will hope to make the most of their home crowd.

Over 3,000 fans are allowed to attend the LNER Stadium for what is shaping up to be an enthralling clash in Lincolnshire, and whilst it’s not the usual 10,000 which the Imps usually draw in, Scully isn’t underestimating the impact it will have.

“I played in academy football prior to coming here for nearly my whole life,” he said. “The odd time you’d get 1,000 people turn up, but it was normally a couple of hundred.

“I came here for my debut and there was 10,000 here. I was just like ‘wow’. It was like a different level of football, it was unbelievable.

“To lose that was a little bit upsetting for me, because I’d only just experienced that feeling.

“So I was used to having no fans, but after experiencing Lincoln fans on my debut, I can’t wait to have them back on Wednesday night.”