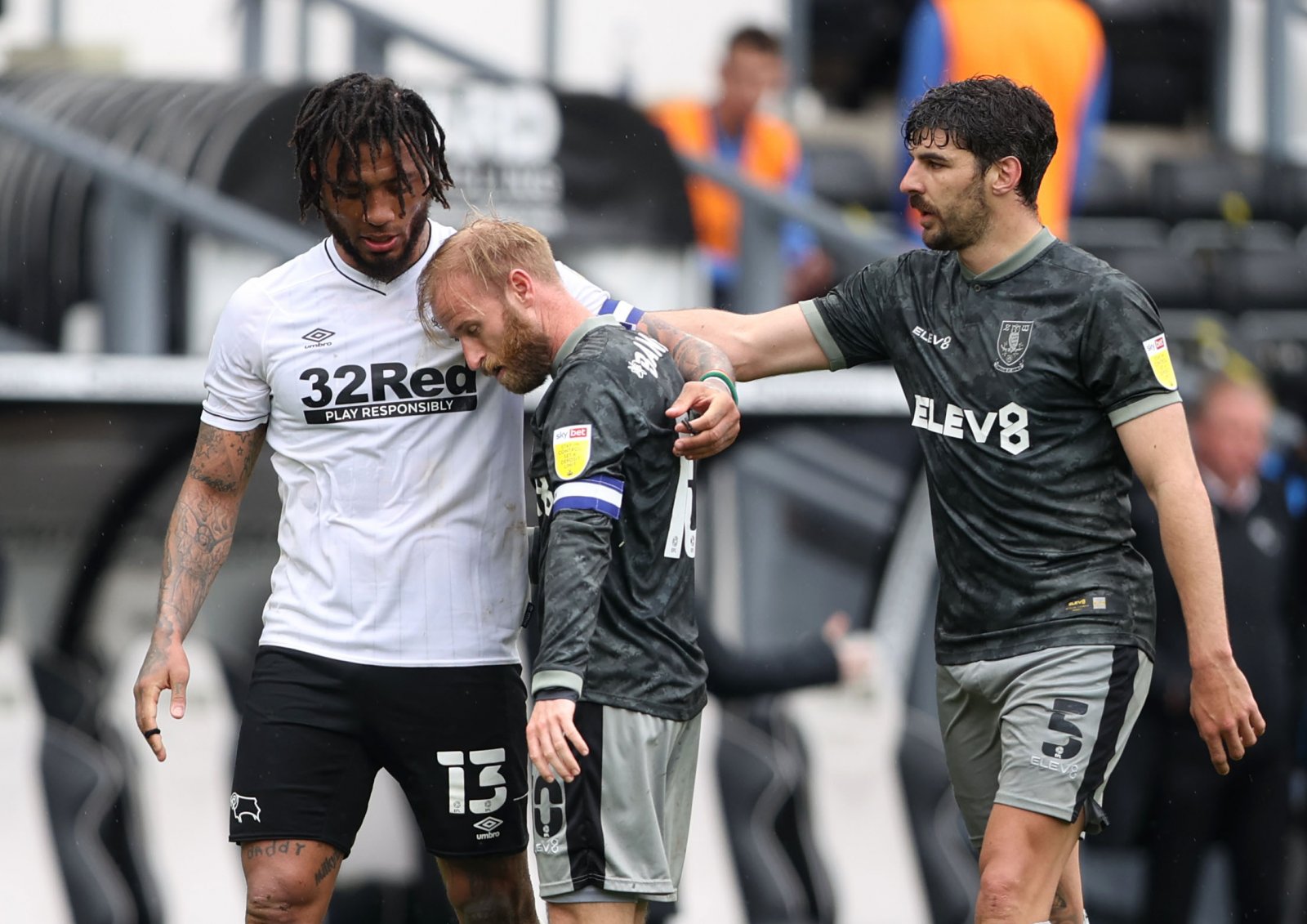 Derby County frontman Colin Kazim-Richards has sent a message of condolence to the players of Sheffield Wednesday on Twitter, after the Owls succumbed to relegation at the weekend after they could only draw with the Rams.

The experienced frontman played the full 90 minutes on Saturday as the two sides played out an entertaining 3-3 draw at Pride Park as their Championship safety hung in the balance.

Unfortunately for Wednesday, the draw wasn’t enough to keep them in the second tier and they subsequently joined Rotherham United and Wycombe Wanderers  in being relegated to Sky Bet League One after a dramatic final day across the division.

There was clear relief amongst the Derby players, staff and fans as they celebrated survival, yet it was former Sheffield United striker Kazim-Richards who quickly took to Twitter to pay tribute to their unfortunate opponents who pushed the Rams all the way over 90 minutes:

Sitting here just thinking and to be honest regardless of where I’ve played and any situation big respect to @swfc left everything on the pitch yesterday and going through every type of situation in football I can relate.. good luck for next season..

The target man originally plied his trade at Bramall Lane back in the 2006/07 season but that clearly isn’t something that he falls back on and the fact that he sent his well wishes to the Owls for next season speaks volumes about the type of man and professional he is.

Now aged 34, the former Turkey international has been a key performer for his current side, with his eight goals in the league helping to secure Championship safety for Wayne Rooney’s side.

With another year left on his current deal at Pride Park, Kazim-Richards will undoubtedly be focusing all his efforts on having another positive impact next term as he attempts to hit double figures in a Derby shirt.

If it wasn’t for the striker’s goals, County could be looking ahead to a very different upcoming campaign and perhaps would have been in Wednesday’s current situation if they hadn’t have done the necessary.