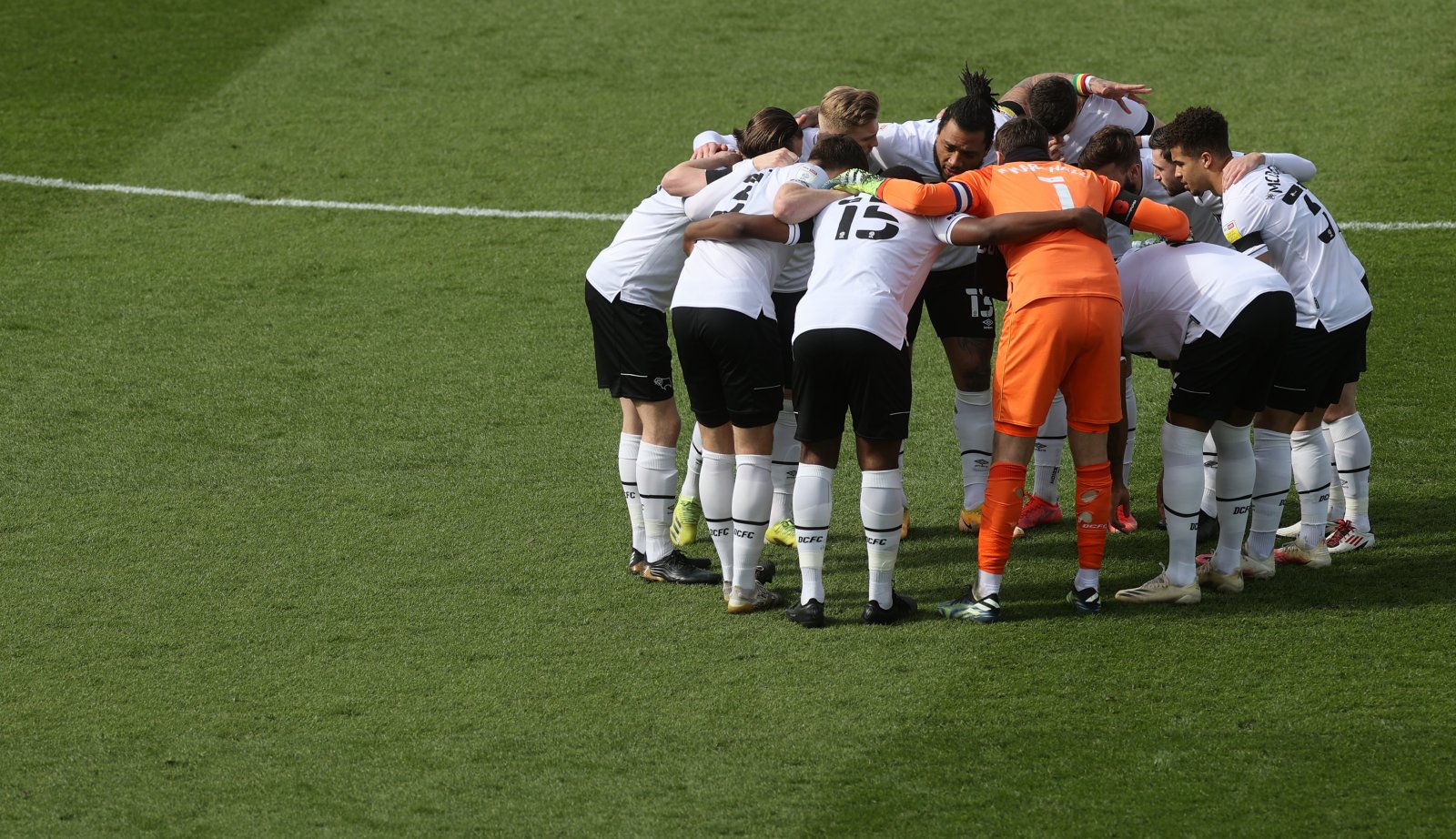 Derby County are set for an interesting summer ahead, after the Rams retained their status as a Championship club for another season.

The Rams achieved it the hard way, as they drew 3-3 with Sheffield Wednesday, after coming behind from a losing position twice on a frantic final day of the 2020/21 season.

It’s been a forgetful season for Wayne Rooney’s side, with their poor run of results in the second-half of this year’s campaign seeing them drop down the Championship table at an alarming rate.

The drama isn’t over for Derby this season though, with a potentially worrying off-the-field update emerging on Monday morning, suggesting that they could still be facing relegation at the same time

The club’s supporters will be hoping that that doesn’t impact their points total from this year’s campaign, as relegation into League One could impact the club both on and off the pitch.

We take a look at the latest news surrounding Derby County from the last couple of days.

The Daily Mail have revealed that the EFL have won an appeal against Derby County to find that the Rams did breach Financial Fair Play rules.

This could result in the club being hit with a points deduction, although it remains to be seen as to which season that could impact.

A three-point deduction for this year’s total would send the Rams down into League One, which would be disastrous for the club.

Defender targeted ahead of 2021/22 campaign Derby are set to re-sign Teden Mengi on loan for the 2021/22 season. The defender signed on loan with the Rams in the January transfer window from Manchester United, as he went in search of regular game time in senior football.

Mengi went on to make nine appearances in all competitions for Wayne Rooney’s side, but did miss some matches through injury, which saw the likes of George Edmundson start on a more regular basis then the Manchester United loanee.

But the Rams are clearly keen to bring him back to the club for the new season, with Manchester United clearly being keen to find him regular minutes, with first-team opportunities likely to be limited heading into the new league campaign once again.

Did these players make more than 100 appearances for Derby County?

Rooney looks towards the future After Derby confirmed their Championship status after their dramatic 3-3 draw with Sheffield Wedensday on Saturday afternoon, Wayne Rooney looked ahead to the future with a defiant message in a post-match press conference (quotes sourced from Derbyshire Live).

“We need to sort it out quickly, what is going on. We need to move forward tonight. I have got plans in place, I need to move quick on those plans. We can’t afford to have a season like we have just had.

“We move forward. I am very confident in my ability I can help get the club back to where it belongs.”