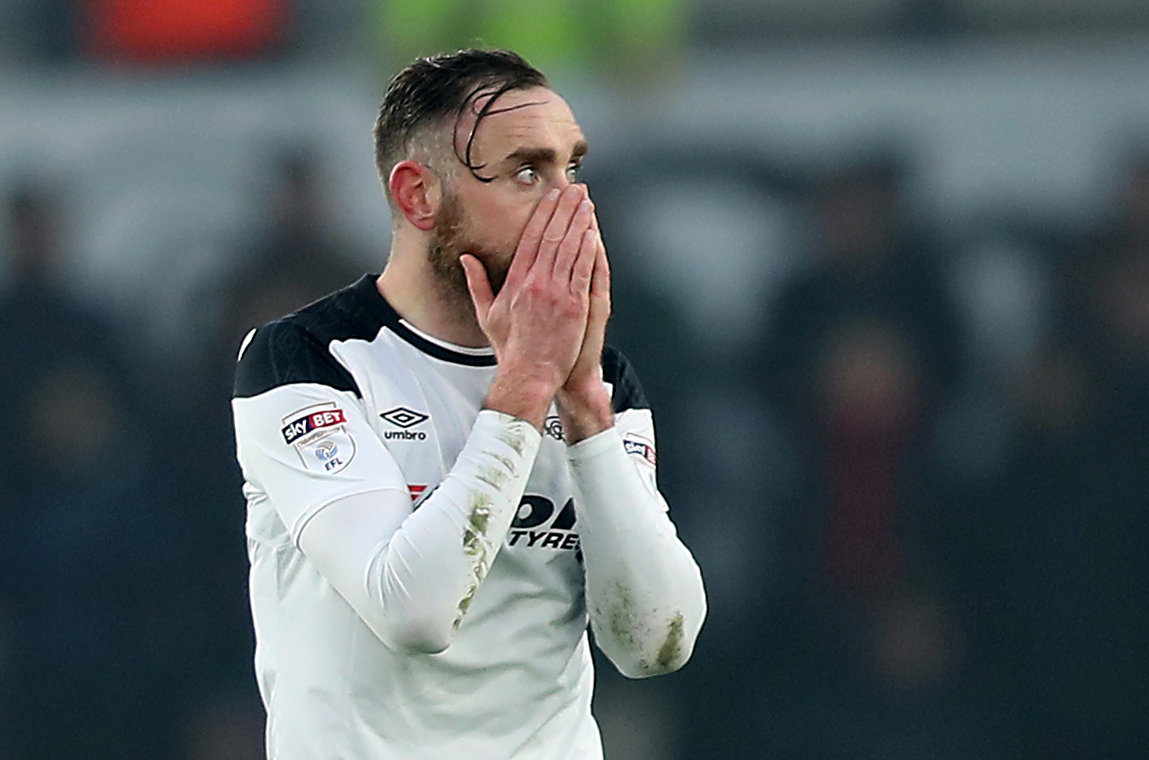 Derby County have been dealt another blow as they have to pay former captain Richard Keogh £2.3 million due to a breach of contract.

The news comes on the same day that the club confirmed the EFL had won their appeal against them in regards to the mishandling of finances due to the Rams’ amortisation policy, in which sanctions are due to follow which could see a points deduction next season.

With uncertainty as well surrounding the takeover of Spanish businessman Erik Alonso, it’s quite a rough time to be a County fan right now despite their Championship status being obtained for 2021/22, and Keogh has come back to haunt them.

Keogh suffered a serious knee injury back in September 2019 after being involved in a car crash, which saw him as a passenger in then team-mate Tom Lawrence’s car – the Wales international was eventually punished for drink driving.

The Rams sacked Keogh for ‘gross misconduct’ after he refused to take a pay-cut to stay under contract whilst injured, whilst Lawrence and Mason Bennett remained despite being found guilty in a court of law.

Keogh has long-felt that the club was in breach of contract for their actions, and after a long-running saga he’s been proven to be correct as he will get a multi-million pound payout from his former employers.

The centre-back was on £24,000 a week at Pride Park before any bonuses were taken into account and it seems like the total figure Keogh will receive stems from how much he was set to earn by the end of his deal – which would have expired this summer.

Derby didn’t need anymore bad news but low and behold it has arrived.

Keogh wasn’t right to get in Tom Lawrence’s car on that night but at the same time he was not at the wheel and despite his injuries and the fact he couldn’t play for a year, the club should have really stood by him like they did Lawrence and Bennett.

This is a win-win for Keogh now though – he’s returned to football with MK Dons and now Huddersfield Town since and he gets to claim the wages he lost as a result of Derby sacking him, and considering he played 21 matches for the Terriers he’s shown that his knee injury from the smash is well in the past.