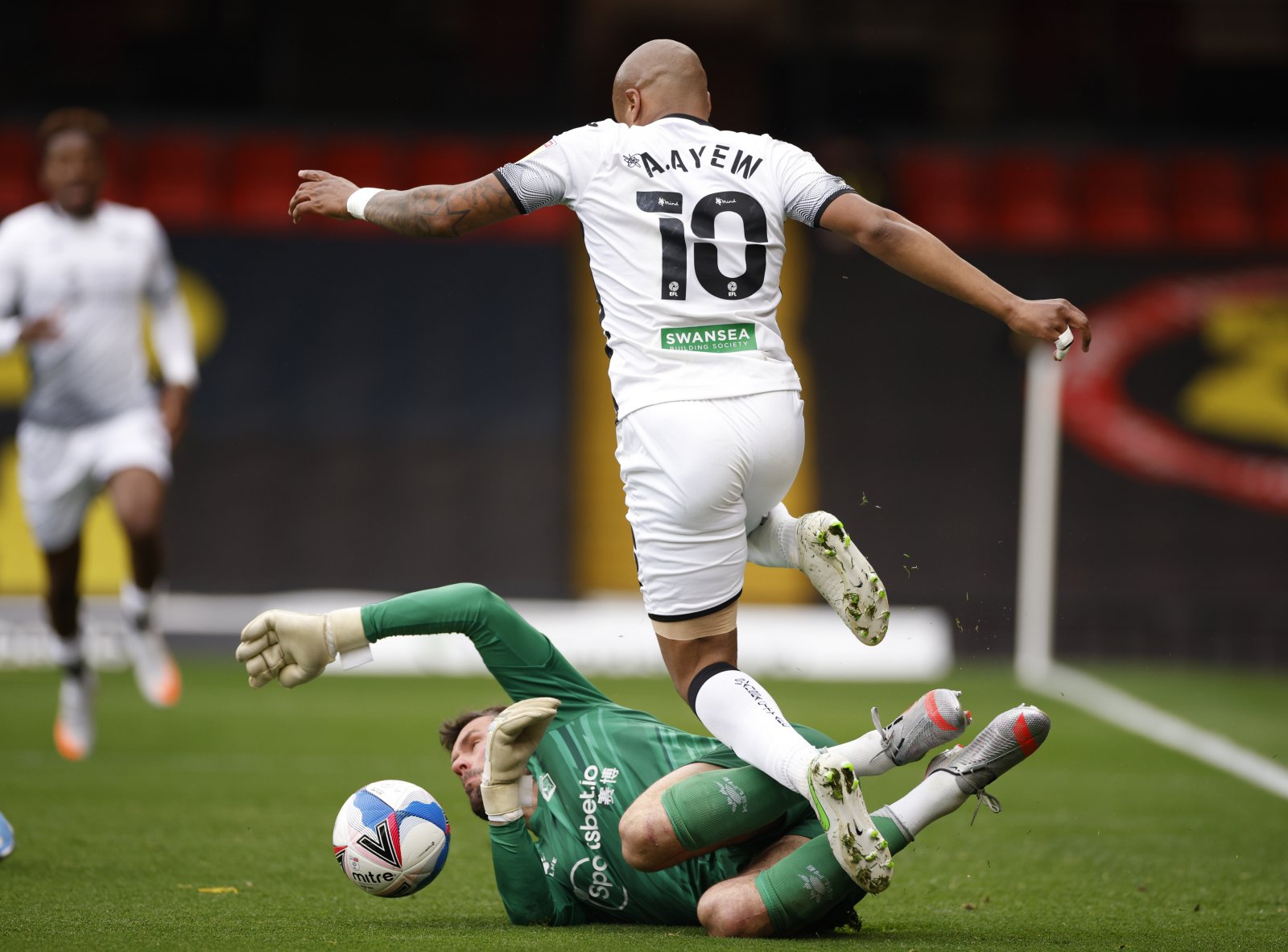 The Ghanaian veteran scored the only goal of the game yesterday evening as the Swans ran out 1-0 winners at Oakwell in their play-off semi final first leg against the Tykes.

Swansea rarely threatened the Barnsley goal for much of the contest and only had three shots on target throughout the 90 minutes in what was a closely matched contest between the two sides who are seeking to make their respective returns to the Premier League.

However it was the away side who found the moment of quality that they craved as Ayew cut inside from the right and curled home after 39 minutes on the clock.

Now Ashton has claimed that the hosts should have seen the threat posed by the 31-year-old coming:

“He does this in his sleep, he can do this all day. Brilliant finish, but awful defending, you know he’s going to come in on his left foot.”

Ayew has been ever present for his side this term and now has 17 goals to his name alongside four assists.

The Ghanaian forward continues to be Swansea’s most talismanic figure at the ripe old age of 31 and he will once again have a pivotal role to play for his side in the second leg as they look to close in on a place in the play-off final.

He took his goal in the style of a player who comes up with match winning moments week in, week out for his side and he made the difference on a night when there was very little between the two sides.

The Swans will be aware that the tie is far from over after they gained an advantage but they will also know that they can hurt the Tykes in certain areas.

If Ayew is on form again in the return fixture at the Liberty Stadium, the South Wales club could well have to start making plans for a day out at Wembley.