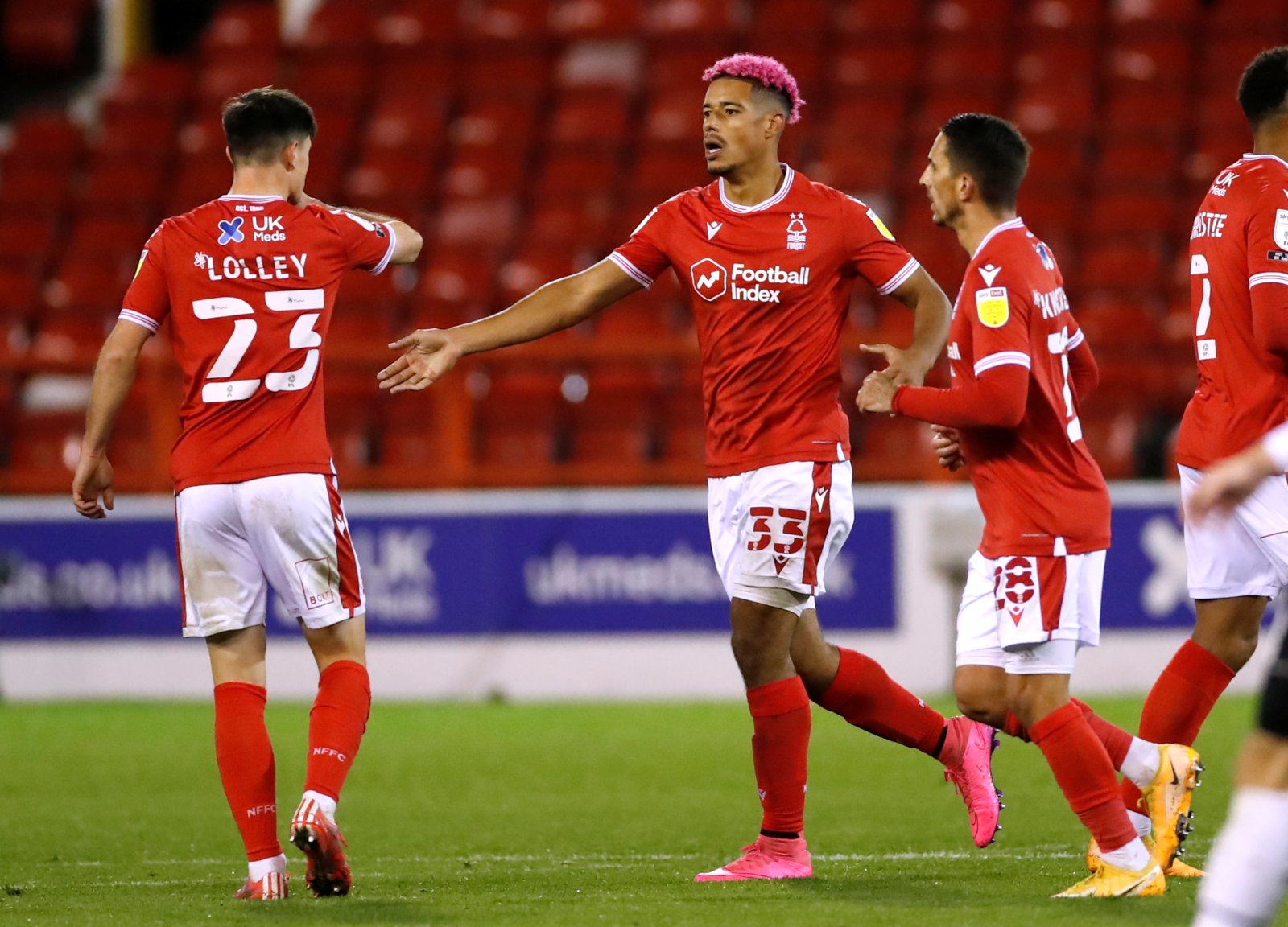 Stoke City are set to open talks to sign Nottingham Forest striker Lyle Taylor, according to the Mirror.

Taylor has struggled to make an impact since joining Forest on a free transfer from Charlton Athletic last summer.

The 31-year-old made 39 appearances in the Championship last season, making 15 starts and scoring only four goals.

Lewis Grabban and Glenn Murray were ahead of him in the pecking order in 2020/21, placing Taylor’s future in doubt.

According to the Mirror, Stoke are now set to open talks to sign Taylor, with Forest willing to listen to offers for him this summer.

Here, we discuss this potential switch from the City Ground to the bet365 Stadium for Taylor.

Taylor has lost his way somewhat since moving to Forest and I think he needs and wants a fresh start this summer.

A move to Stoke would be interesting as I would argue that he isn’t much of an improvement on the strikers that they already have.

He is somewhat proven at Championship level but his best form came at Charlton, which was two seasons ago now.

Perhaps Michael O’Neill can reignite the striker’s fire and get him scoring again but I think the Potters would have to play to his strengths if that were to happen.

I’d be shocked if Stoke bring him in but I have grown to expect the unexpected when it comes to Taylor.

I’ve been local in the past about how Taylor’s relative struggle at Nottingham Forest isn’t really the fault of anybody.

Sabri Lamouchi brought him into the club but then was quickly moved on, with Chris Hughton coming in.

Whatever Hughton’s actual view of Taylor is, I’m not sure, but he clearly fancies other options. That isn’t his fault and it isn’t Taylor’s.

The former Charlton man can score goals at this level and with the right manager putting his arm around him, I’m sure there will be more success next season for the striker.

Stoke need something a little bit different at the top of the pitch and, as their squad evolves, Taylor could be perfect for them.

This could work out well for all involved.

Things haven’t worked the way that Taylor would have wanted at Nottingham Forest and it looks as though he’s set for another season playing second fiddle if he stays at the City Ground.

Stoke could offer him the chance to be the main man because while they’re not short of options, Steven Fletcher might be passed it and it seems as though they’re hoping to move Sam Vokes on.

The return of Tyrese Campbell should be a boost but an out-and-out goalscorer like Taylor would be a smart addition.

Forest could do with adding some youth to their forward line and getting the former Charlton man off their books would allow them space to do that.

With that in mind, I wouldn’t be surprised if this one went through.

Article title: ‘Could be perfect for them’ – Stoke City set to open talks with Nottingham Forest man: The verdict