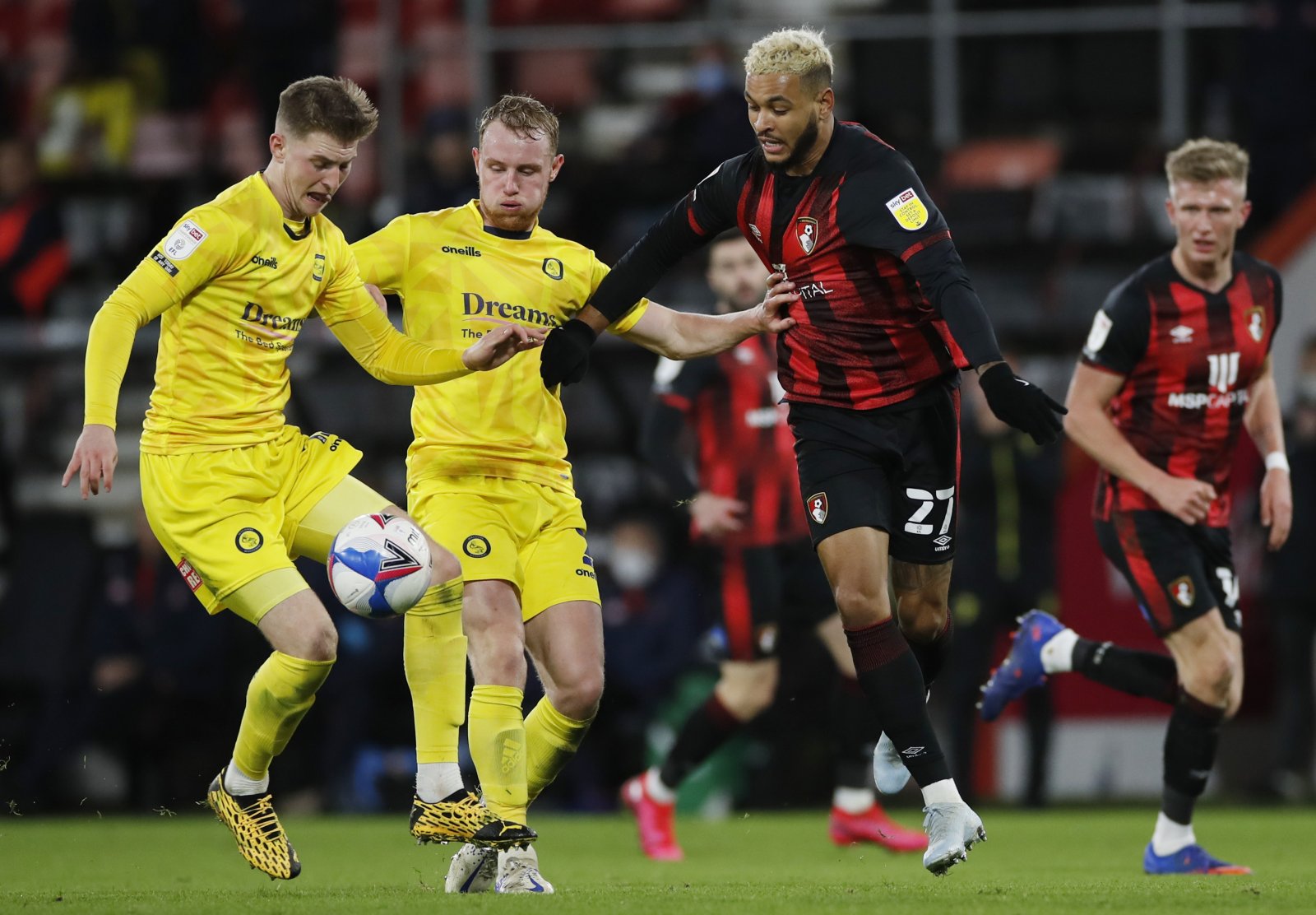 Everton are “quietly confident” of winning the race for Bournemouth striker Josh King after tabling a formal bid for him, according to talkSPORT’s Alex Crook.

The forward, who is out of contract in the summer, has been linked with a move back to the Premier League since the Cherries were relegated to the Championship last year and it seems he could be on the move before tonight’s 11pm transfer deadline.

Crook has reported that Everton have now tabled a formal bid for King and that the North West club are “quietly confident” of winning the race for the 29-year-old tonight.

Both Fulham and West Ham United have also emerged as a potential destination for the Norway international this month, with the former making an offer earlier today.

King has a good record in the Premier League, scoring 48 goals and featuring regularly during his five years in the top flight with the Cherries.

He’s been little more than a bit-part player under Jason Tindall this season, featuring just 12 times in the Championship.

This would be a good signing for Everton and it seems they now feel they can get the move over the line before the window closes.

King has proven his quality in the Premier League before and has clearly been keen to get back to the top flight since last season’s relegation.

A move this month would mean Bournemouth are compensated for his exit, rather than seeing him walk away for nothing.

It looks like we could have a busy final few hours of the winter window.