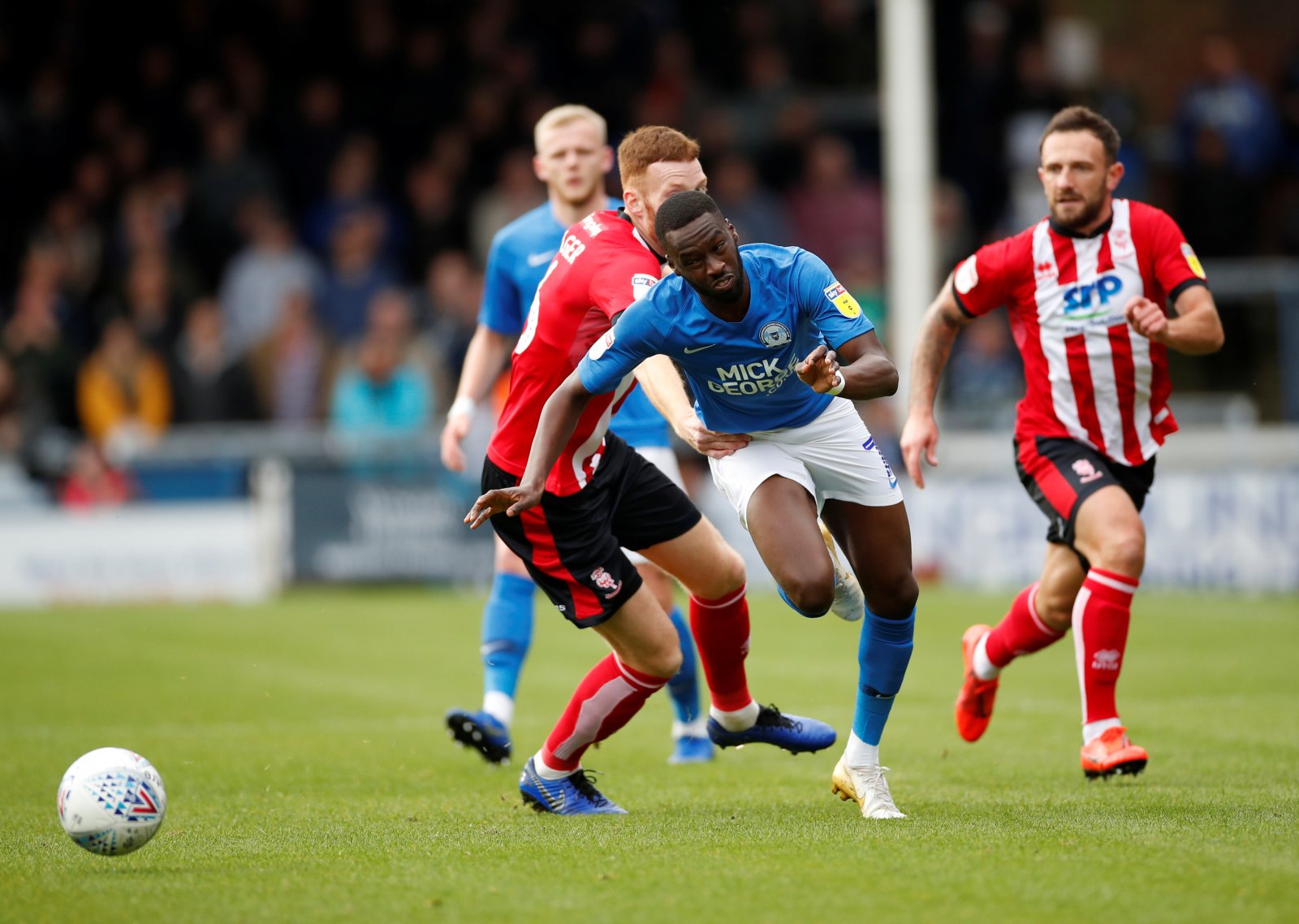 Eisa was not always a guaranteed starter for Peterborough in League One this season, with the form of the likes of Jonson Clarke-Harris and Siriki Dembele having kept him on the bench. However, he was still able to weigh in with two goals and two assists in his 27 appearances in the third tier. That saw him play a part in helping them earn promotion to the Championship.

Huddersfield were in need of attacking options in the winter window as they desperately searched for more goals in the final third to help keep them in the Championship. In the end, they eventually brought in both Yaya Sanogo and Oumar Niasse, but they have now been released following the end of the campaign. While Charlton were also in the market for a forward and brought in Jayden Stockley.

Speaking to Peterborough Today, Fry has now revealed that the newly promoted League One side turned down an offer from Huddersfield in January that involved Reece Brown heading in the other direction. While he also confirmed that both Charlton and MK Dons has also been interested.

He said: “It’s difficult to know what money will be about this summer.”

“The pandemic and no fans has stretched most clubs financially, but we will expect a fee for Mo and Ryan (Broom).

“We turned down three bids for Mo last January. Huddersfield wanted to swap him for Reece Brown, but we turned that down.

“MK Dons also wanted him, but couldn’t raise the money and Charlton showed an interest, but they’ve changed manager since then.

Eisa is a player that whilst he was not featuring heavily for Peterborough in League One still has plenty of qualities to offer and you could understand why there was interest in him in the winter window. Huddersfield needed someone to come in and help them out upfront and he could have actually been a much better option for them than Niasse and Sanogo turned out to be.

The Terriers will be needing to bring in another forward again this summer, so it will be interesting to see if they do come back in for Eisa. Peterborough look like they would be willing to entertain offers for him this summer according to these comments from Fry. The forward would arrive with a real point to prove and he has shown before that he can be a handful when he is at his best.

Charlton might also be a very good move for him, with the Addicks probably able to guarantee him a key role in their side next term were they to re-ignite their interest in him. Eisa is someone that could manage to fire a club to promotion at League One level if he is given the chance to play week in week out and gets his confidence in front of goal.