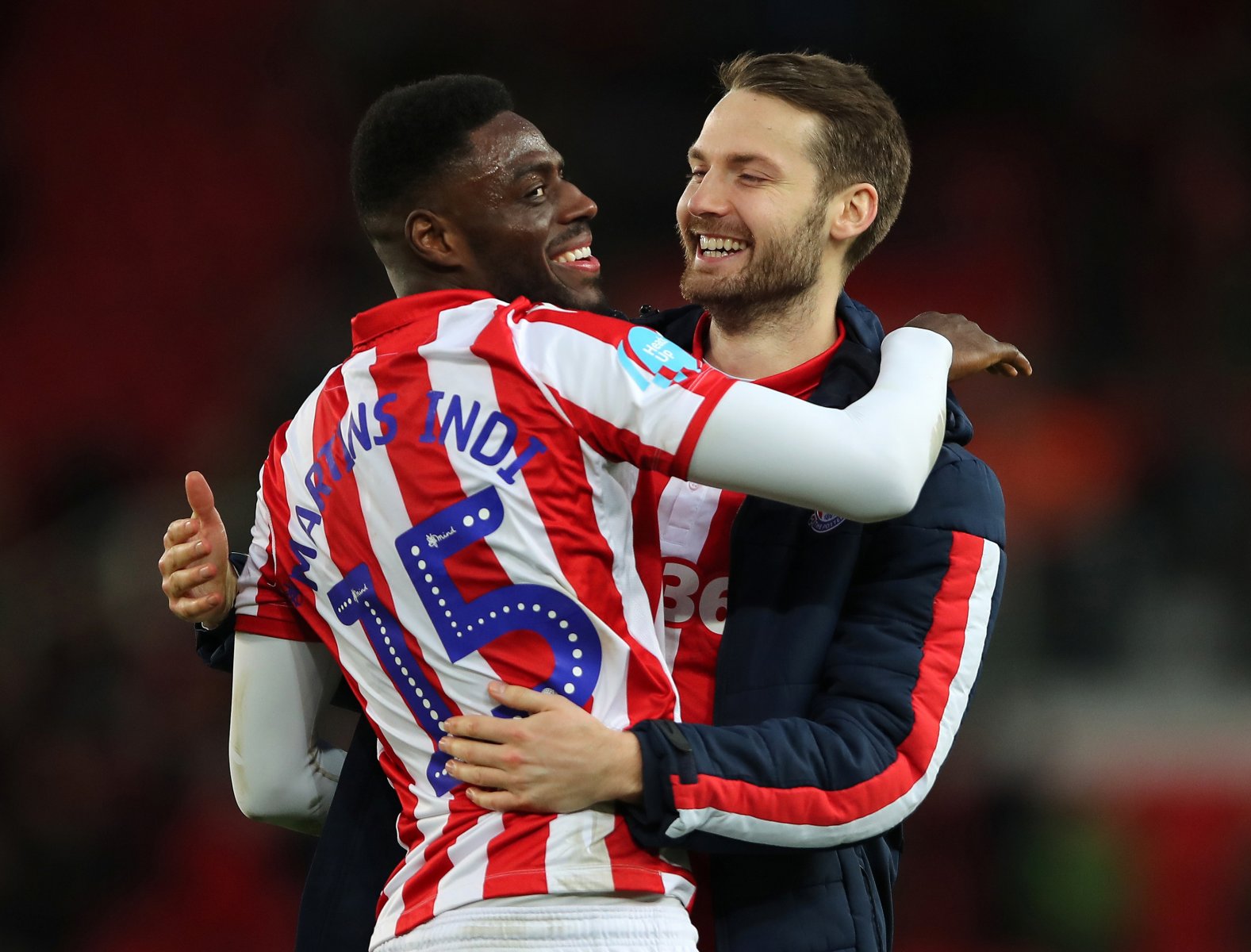 Bruno Martins Indi has confirmed that talks are ongoing regarding a permanent move from Stoke City to AZ Alkmaar.

Martins Indi started twice for Stoke in the Championship before jetting off for the Netherlands in October, joining AZ Alkmaar on a season-long loan deal.

The 29-year-old has since made 31 appearances for AZ, scoring two goals and helping them climb to third in the Eredivisie table, one point off the Champions League qualification places.

Martins Indi joined Stoke from Porto for £7million in 2017, signing a five-year deal upon his arrival in Staffordshire.

With his contract at the bet365 Stadium expiring at the end of next season, Stoke look set to cash in on the defender this summer.

Speaking to AZ Alkmaar’s YouTube channel, though, Martins Indi revealed that talks regarding a permanent move to the Netherlands are ongoing between Stoke and the Dutch outfit.

He said: “There have been talks with AZ in the meantime and both parties have expressed confidence that we’re open to a longer stay.

“But you need three parties to agree a deal and that is still a long way off.”

Martins Indi has made 137 appearances for the Potters in all competitions since arriving from Porto, having initially impressed on loan at first.

This seems like the right move for both parties.

Martins Indi has been a key player at times since joining the Potters from Porto in 2017 on a permanent deal.

But he is out of contract at the end of next season, so it makes sense to cash in for a bit of a fee this summer rather than let him leave for nothing at the end of 2021/22.

Stoke still have so many high-earning players on the books, and they need to balance the books going forward.

Article title: Bruno Martins Indi speaks out on his future at Stoke City