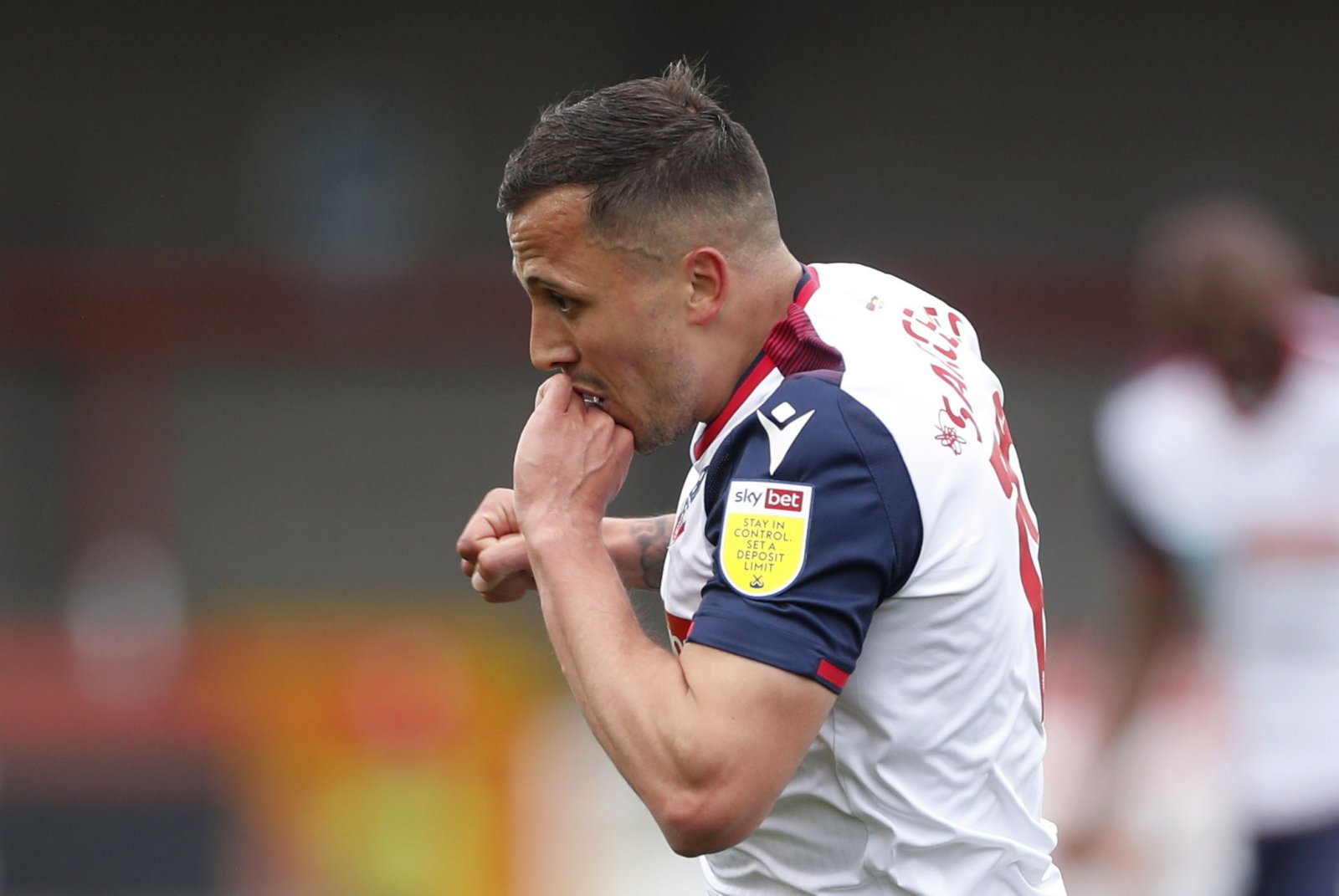 Bolton Wanderers captain Antoni Sarcevic has claimed to The Bolton News that his side will not struggle to match the top clubs in Sky Bet League One next season.

The Trotters achieved promotion back to the third tier after just one campaign away and will now be looking to build upon Ian Evatt’s brilliant start to his tenure in charge at the University of Bolton Stadium.

Sarcevic played a key role in his side’s promotion this term, appearing for Wanderers on 35 occasions across all competitions as they stormed to an automatic finish alongside the likes of Cheltenham Town and Cambridge United.

Speaking recently, the former Plymouth Argyle and Fleetwood Town man was quick to emphasize his belief that the club can compete with some of the bigger names in League One as the Lancashire outfit moves into next season:

“A lot of us have said the league might suit us better. I honestly think this team can step up to the next level, and more.

“Going up the league with the way bigger teams want to play I think it will be a better game of football.

“We have a year of experience now playing the way the manager wants to, and the core of this squad is definitely capable of going and playing that way again against the Sunderlands, the Portsmouths and the Sheffield Wednesdays.”

Bolton were last in League One just two seasons ago and finished bottom of the league after suffering heavily from a points deduction that was inflicted upon them by the footballing authorities and they will be hoping that their stay at that level won’t be as short lived as last time.

I do feel that Bolton will be up near the top half of the table as they make their return to the third tier as they have experience and quality in abundance in their current squad.

Evatt is bound too add even more quality to the current group over the next few months and for that reason they could well be a force to be reckoned with at that level.

Of course big things will also be expected of Sunderland, Sheffield Wednesday and Portsmouth, however as they will rightly tell Wanderers, it’s never a forgone conclusion with regards to trying to get out of League One.

It promises to be one of the most competitive seasons in the league for many a year, with plenty of big name clubs having found themselves at that level in recent years and Bolton certainly fall into that category.