AFC Wimbledon have signed centre-back Adam Barrett on a short-term loan from Gillingham and have re-signed left-back Callum Kennedy following his release from the club last season. 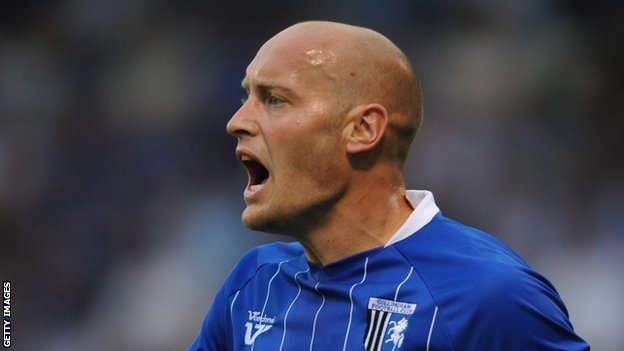 Barrett in action for Gillingham

Dons’ manager Neal Ardley has been looking for an experienced defender since defender Andy Frampton broke his ankle in training last week before signing 34-year old Barrett. Ardley told Wimbledon’s website, “Adam understands the game and is a leader of men.”

The Gills defender also told the club’s website, “I had other offers and interest in me from elsewhere, but this seemed to fit the bill.”

Kennedy has signed for the second time in 13 months. The 24-year old was released from the club in May but after recovering from an ankle tendon and impressing in pre-season has earned him a contract with the Dons.