Aston Villa captain Jack Grealish has aimed a subtle dig at Birmingham City via Instagram after he and Jude Bellingham featured together for England on Wednesday evening.

Both Grealish and Bellingham, who came through the Blues academy before securing a high-profile move to Borussia Dortmund last summer, have been named in Gareth Southgate’s 26-man squad for the upcoming European Championships.

The pair started and impressed in the 1-0 win against Austria in midweek but it seems the Villa captain couldn’t help but aim a tongue-in-cheek jibe at his club’s bitter rivals Birmingham.

On his Instagram story, Grealish posted a photo of the two of them embracing on the pitch during Wednesday’s win with a caption likely to rile up Blues supporters. 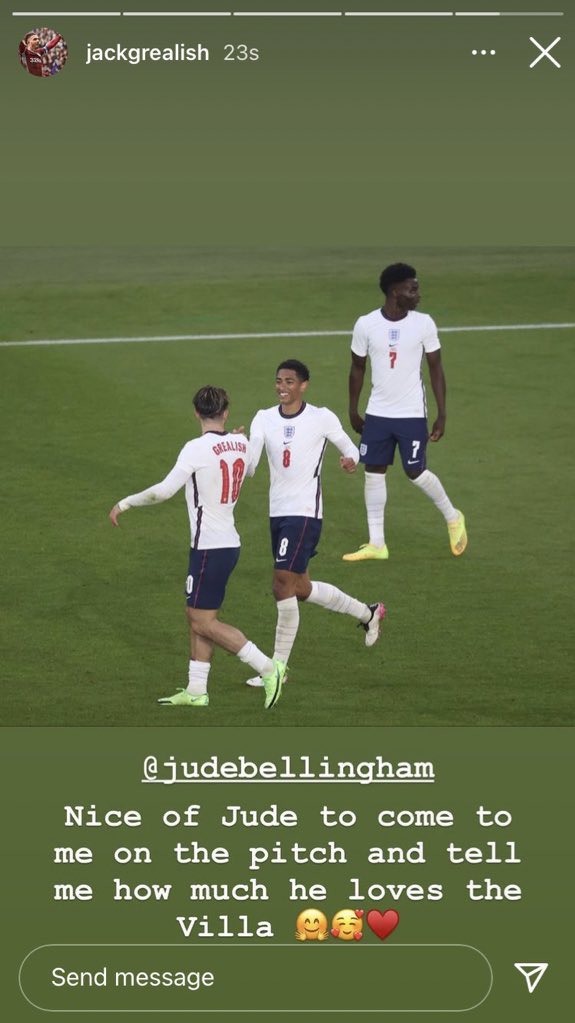 This is far from the first time that the Villa skipper has aimed a dig at his club’s rivals, with his reaction to some old footage posted on the club’s Instagram causing a stir back in 2020.

He’s thrived in the Second City derby previously as well, with his goal proving decisive the last time the two teams met – a game which also saw a Birmingham fan run on the pitch and attack him.

This latest dig from Grealish is likely to rile up Birmingham fans and bring joy to Villa supporters in equal measure.

Though he left last summer, Bluenoses still feel a very close bond with Bellingham so to see him used by their rival’s captain as part of a jibe will likely frustrate them.

You feel large parts of the St Andrew’s faithful will find it very difficult to get behind Grealish in an England shirt this summer.