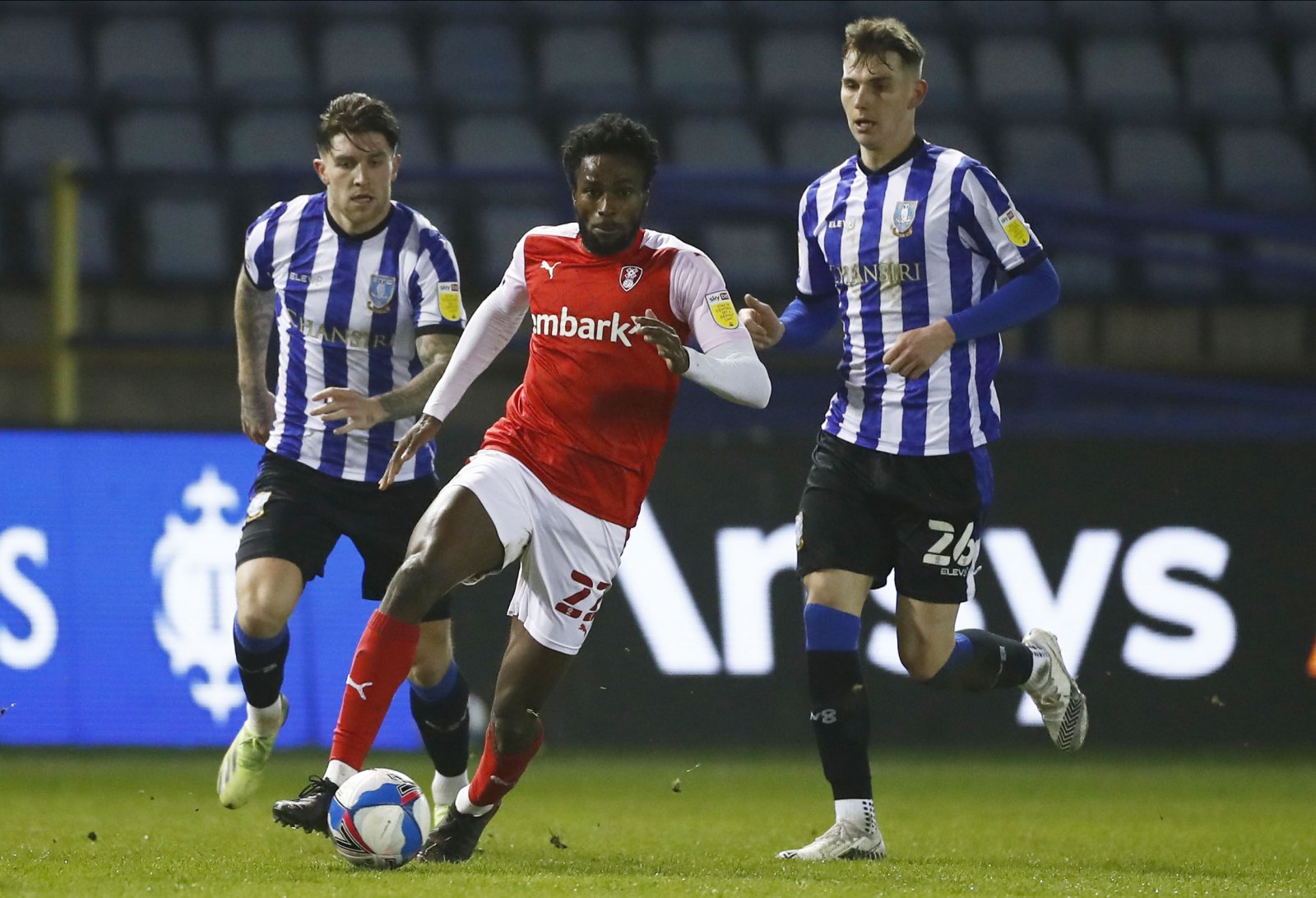 Rotherham United will be heading back to League One next season once again – but Matthew Olosunde will not be joining them.

The 23-year-old was offered new terms at the Millers to remain, with his initial two-year contract coming to an end this summer.

But the Manchester United academy graduate and United States international has turned down the chance to remain at the New York Stadium and will leave when his contract expires.

Olosunde arrived at Rotherham in the summer of 2019 after failing to make a senior appearance for the Red Devils, and in his two seasons at the Yorkshire side he played 72 times in all competitions, scoring once in the FA Cup back in January against Everton.

The American was not always in the line-up towards the closing parts of the 2020-21 season, with Wes Harding often preferred at right-wing-back instead by Paul Warne.

21 things every Rotherham United fan should know about their club, so can you score 100% on this?

He’s not the finished article by any stretch of the imagination, and in turning down a new deal with Rotherham, Olosunde is probably targeting a stay in the Championship and this latest news will alert clubs to his availability.

His departure has gone down a mixed bag with Millers fans though – some believe he will be a big loss but others think that Harding is a better player than Olosunde and that his departure isn’t anything to be worried about.

whos gonna want him at a higher level? shocked by that.

No shock there. Good on his day but if he dunt want to be here we don’t want him. All best to lad 👍🏼

On a serious note though I can’t understand how he thinks he will join a better club. Could’ve grown into such a good player if he’d stay with us

Annoying we didn't get his deal extended after 1st season to be honest as he showed enough. Type you need to be making profit on. Good luck elsewhere.

Was never going to take the right back spot off Big Wes. We move on #rufc

Our loss but somebody else’s gain 👍 #rufc