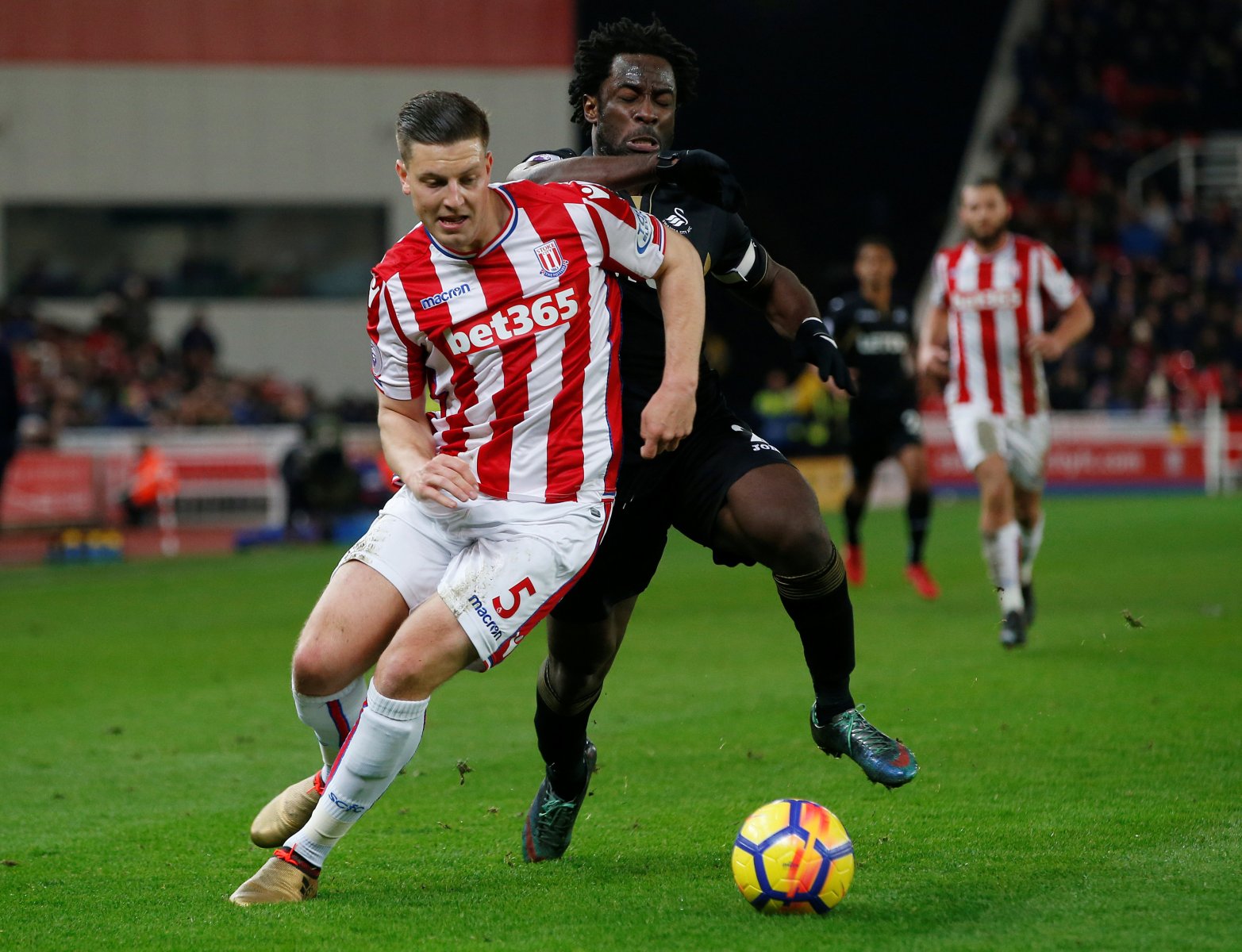 Kevin Wimmer’s long awaited departure from Stoke City has today been confirmed by the club, with the Austrian now being set to return to his homeland with Rapid Vienna.

The move brings the 28-year-old’s four year spell with the Potters to abrupt end, with the defender having previously arrived at the club in the summer of 2017 from Tottenham Hotspur.

After joining the club, Wimmer went on to play just 19 times for the Stoke-on-Trent side throughout his time at the Bet365 Stadium and as a result of this, he found himself loaned out no less than three times over the past three seasons as he took in spells with Hannover 96 in Germany, Royal Excel Mouscron in Belgium before his most recent spell back in Germany with Karlsruher SC.

Naturally there was quite a reaction from the Stoke City faithful when they find out the news on Twitter.

Here, we take a look at some of the best responses to Wimmer’s exit on social media.

Yes fair play to him. The poor lamb having to take a wage cut. How will he survive on such paltry wages?

Fair play would him paying some of his wages back or giving them to charity. An absolute mercenary.

If he wanted to play, he could have done it over the last four years for the club that made him rich. He won’t be missed and won’t be remembered well.

Given yesterday’s accounts, we need a lot more like him to go to relieve the wage bill

We made him a very rich young man. Fair play to Stoke!

Least it’s finally over. let’s put this sorry excuse of a professional behind us and concentrate all our attention trying to get Some mugs to take vokes next somehow