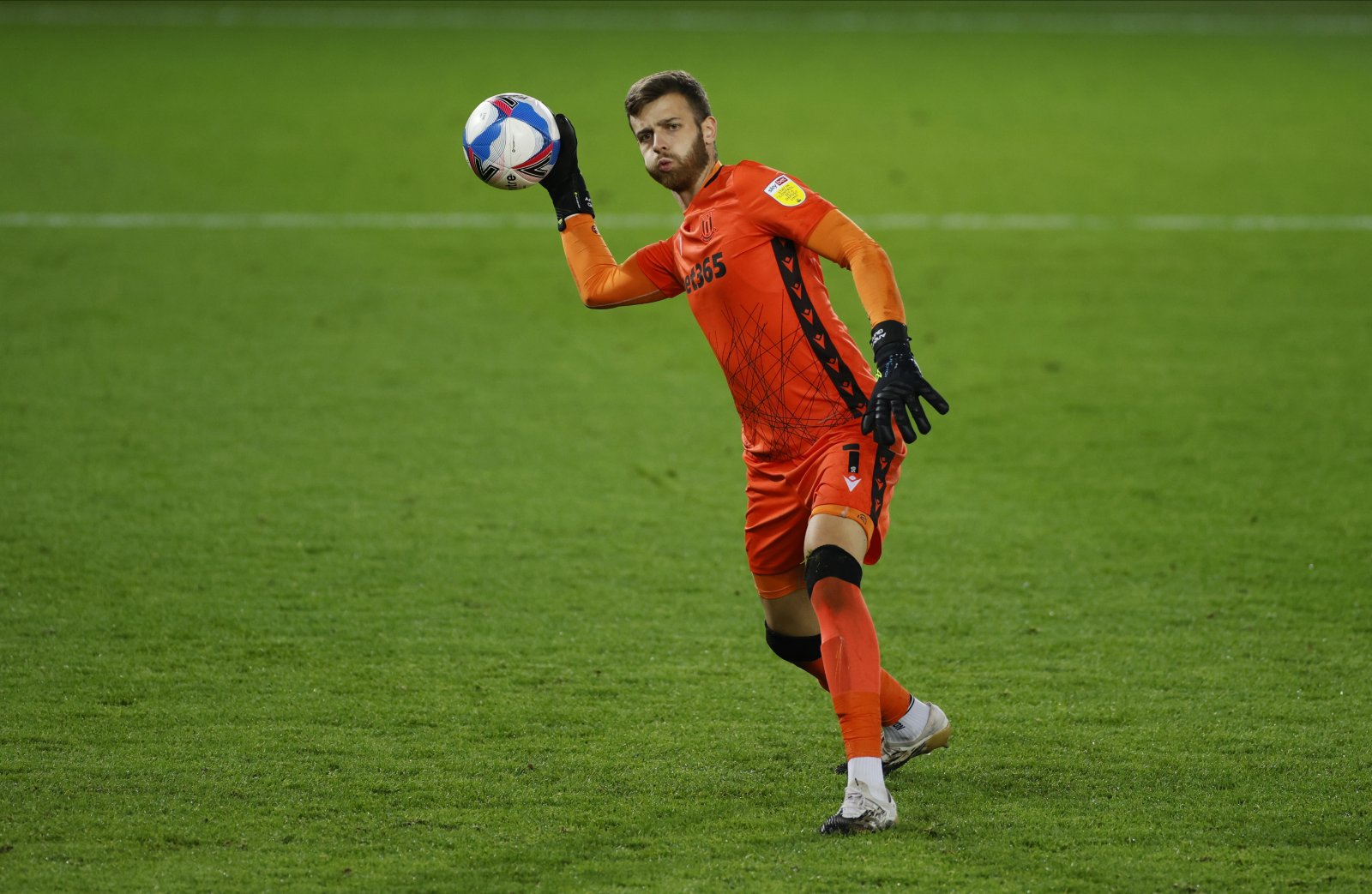 A number of Norwich City supporters have been reacting to the latest report from the Eastern Daily Press that the Canaries are considering moving to re-sign Southampton goalkeeper Angus Gunn.

Gunn has fallen down the pecking order at Southampton and has spent this season out on loan in the Championship with Stoke City.

A spell on the sidelines has limited him to just 15 appearances in the league, but the 25-year-old was still able to record six clean sheets in that time. He is now facing an uncertain future with him still behind both Alex McCarthy and Fraser Forster at his parent club.

The keeper has already spent a season on loan with Norwich under Daniel Farke during the 2017/18 campaign. The 25-year-old was a largely impressive performer during that spell and managed to record 15 clean sheets in the Championship that term. However, he has not been the same since and has suffered a loss of confidence since his switch to Southampton in 2018.

It is believed that Norwich are weighing up whether to make a move for Gunn in the summer as they aim to provide some competition for Tim Krul. That comes with Orjan Nyland’s future in doubt at Carrow Road with the former Aston Villa player considering his potential long-term future.

Many Norwich fans were enthused by the prospect of bringing Gunn back to Carrow Road and some were keen to suggest it is a move that Farke’s side should look to make happen this summer.

Can’t imagine @AngusGunn01 will want to come and sit on the bench though… be amazing if we could do something though. Top keeper

Would love it if Angus came home ❤️ https://t.co/jtE3gApZMh

What’s better than 1 great goalkeeper? I’d take him every day of the week

A lot of our fans didn’t like Gunn, personally I thought he looked like he had the potential to be a top keeper. He hasn’t done much to show that since though. Nyland is clearly off. https://t.co/znzluuFPmk

Article title: ‘Amazing if we could’, ‘Would love it’ – Many Norwich City fans react to reported interest in 25-y/o