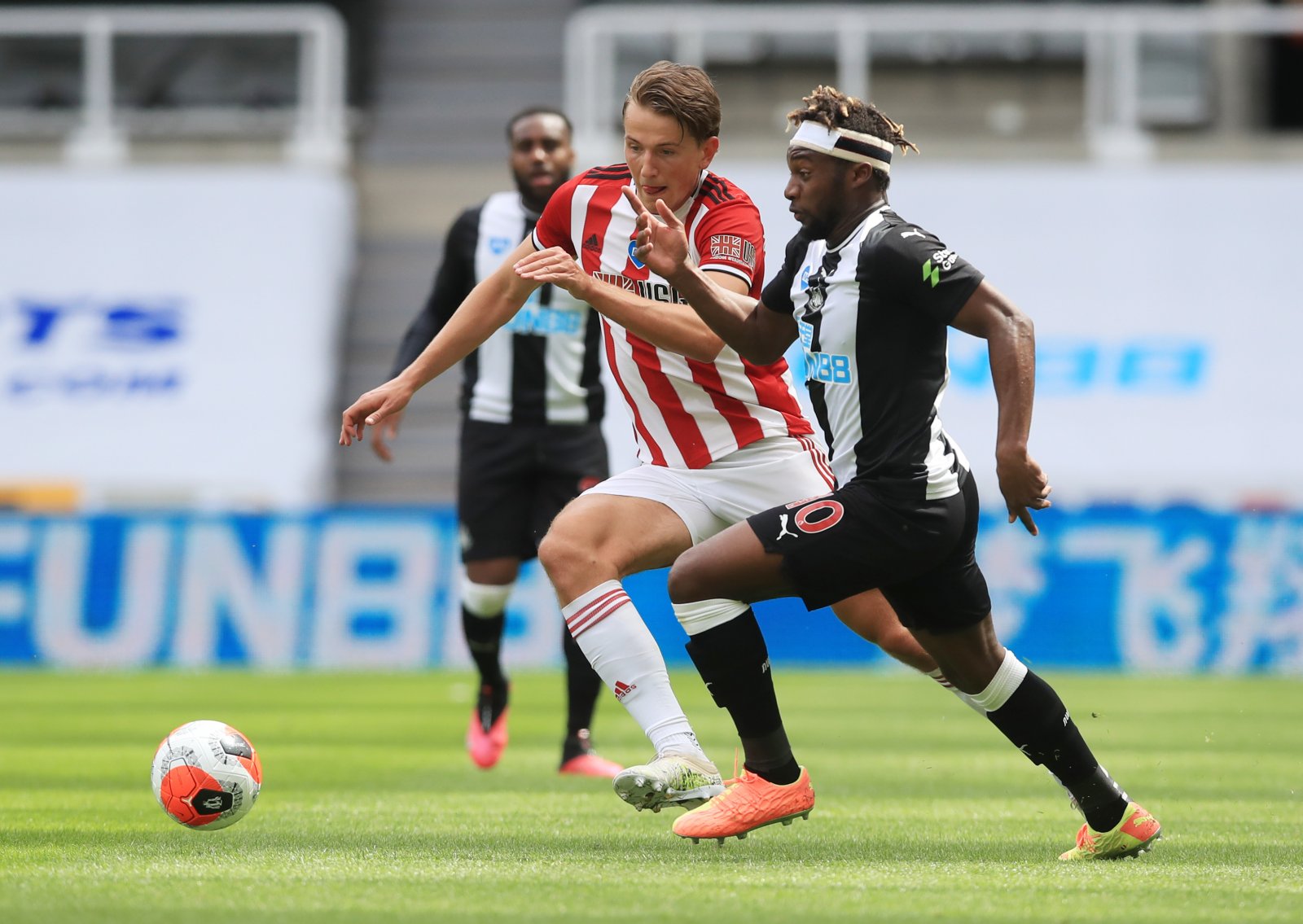 Sheffield United will demand at least £35million in order to sell Sander Berge this summer, according to the Sheffield Star.

The Blades midfielder moved to Bramall Lane last year for a fee of £22million, however with the club since being relegated to the Championship it has alerted a number of clubs to his services.

Arsenal are one of the clubs who are said to be keen, however with a release clause of £35million in place, it means that Mikel Arteta’s side will have to fork out to do a deal.

So would a move to Arsenal be a good deal?

I think Berge is a superb young footballer and it is completely understandable that the Gunners are keen on signing him.

They need a bit of bite in midfield alongside the likes of Thomas Partey and I think the Norwegian really fits the bill.

The price tag is high but it is something that many will come to expect nowadays as prices continue to fluctuate.

He would slot in nicely alongside Partey as a holding midfielder and would also be the ideal replacement for Granit Xhaka, who appears set to join Roma.

This would be a great move for Arsenal by all accounts and they simply must put all their energy into getting it done.

Berge definitely has something about him as a player – he’s got the size, athleticism and good technical ability but is he worth £35 million? I’m not sure.

Sheffield United paid about £22 million to bring the Norwegian to Bramall Lane and even though at first some said he didn’t really look like he fit into Chris Wilder’s system, you could still tell he had class about him.

Being part of a team who were relegated with so little points is never going to reflect well on you but Berge might be able to get away with it as he missed half the season with injury – although he did play in the first 13 matches of the campaign, 12 of which ended in defeat.

It’s pretty clear that Sheffield United will probably cash in on Berge – is he the right fit for Arsenal though? Potentially. They’re missing something in their midfield and they’re also losing Dani Ceballos, who hasn’t made a great impact for the Gunners anyway, and getting Berge in there as the one who keeps things ticking could be a good move.

At 23 years old, Berge has development left in him to be a potential Champions League player and if Arsenal or any club are going to spend that kind of money on him then he’d have to make an immediate impact.

This is a signing that could prove to be a success for Arsenal, with Sander Berge a player that has a lot of quality to offer and someone that is only going to improve over the coming years as he continues to adapt to life in English football.

Sheffield United are standing firm in their valuation of him and you can understand that because Berge is one of their most sellable assets and they also paid around £22 million to bring him to English football. The midfielder has now had time to get used to the Premier League and that should mean he is ready to make a major impact for Arsenal.

Berge is not of the quality at the moment that you would feel makes him a signing to take Arsenal back to where they want to be, but he is someone that will offer plenty of extra quality to their midfield options that are in need of improving this summer.

If he is someone that Arsenal want to sign then they just need to pay the money that Sheffield United are asking for. They clearly see potential in him and if they sign him quickly he will get the chance to have a pre-season with the Gunners and be ready to make more of an instant impact for them.