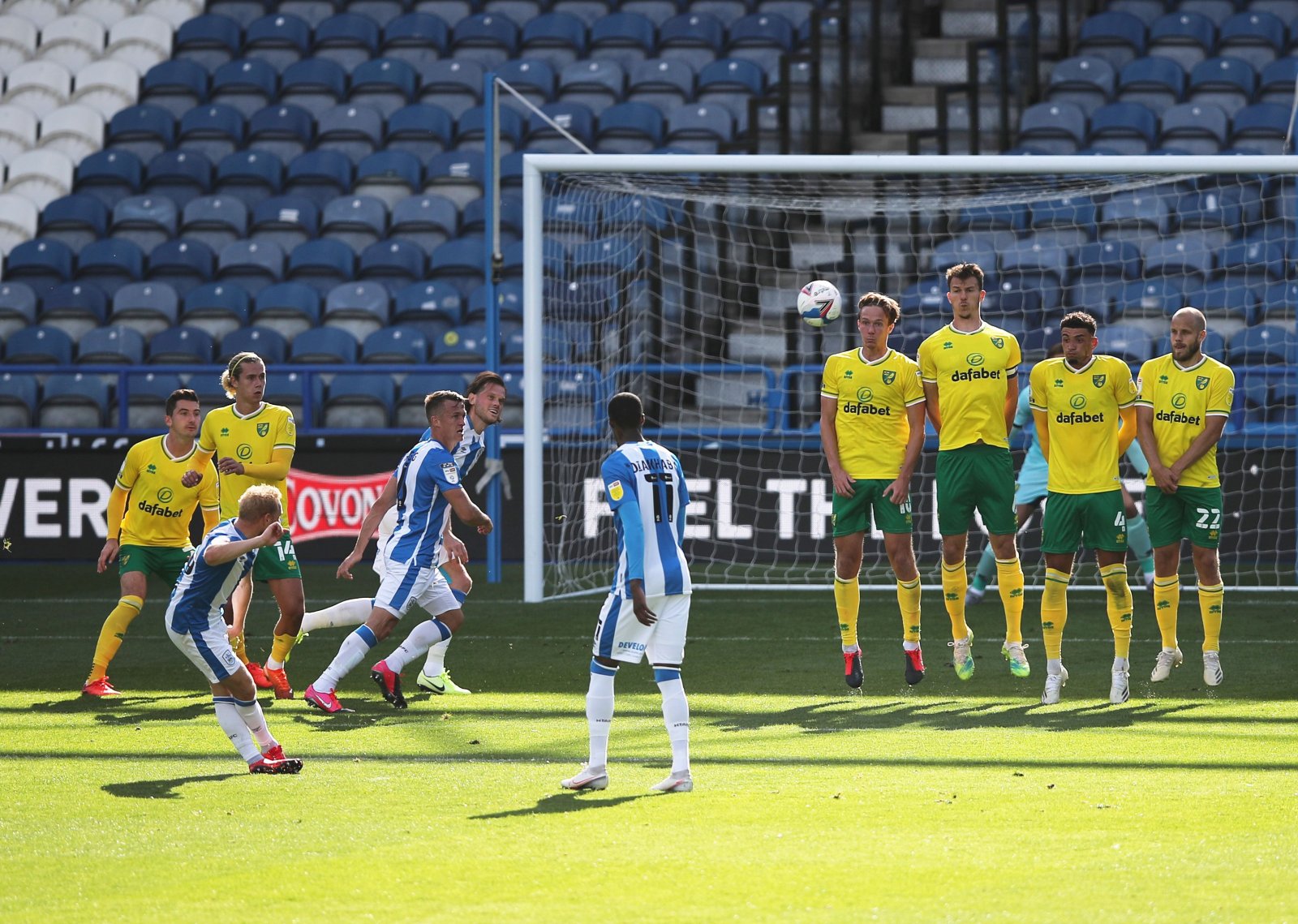 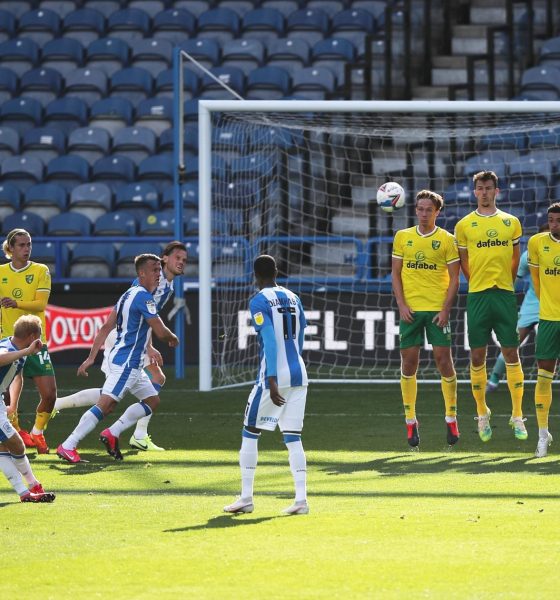 Huddersfield Town have taken a fresh direction under Carlos Corberan in 2020/21, but things have got off to a rocky start and a 1-0 defeat to Norwich City on Saturday reopened a couple of old wounds.

Corberan will be pleased at how his side went toe-to-toe with the Canaries’ star-studded outfit, but a lapse in concentration from Richard Stearman proved costly on the 80th minute.

Stearman underhit a pass back to Ben Hamer and allowed Teemu Pukki to pounce. From there, the prolific forward held his nerve and teed up Adam Idah, with the youngster making no mistake finishing from a central position.

A lot of good work had been undone and it will have to be those silly mistakes that are ironed out if this Corberan experiment is going to work at the John Smith’s Stadium.

The appointment of Corberan has opened up fresh opportunities for certain players and, in the case of Alex Pritchard, he’s been offered a role that’s central to the Spaniard’s plans for Huddersfield.

He was in the thick of the action from his central midfield position and completed 90 minutes for Town. It was a slightly underwhelming afternoon, though, as our graphic below details: Pritchard was heavily involved in the attacking phases of Huddersfield’s play, bursting forward in the left channel and pushing onto the Norwich penalty area.

In total, the 27-year-old had four shots on the Norwich goal, but failed to properly test Tim Krul. A first-half free-kick was blazed into an empty stand, whilst three second-half efforts were blocked as Pritchard looked to push into dangerous areas.

Despite the positivity in that part of the midfielder’s play, he let himself down in other areas.

Only a single shooting chance was created for his teammates, but that came from a deep corner and failed to produce a decent effort on Krul’s goal.

There was a tame four touches in the opposition penalty area, whilst Pritchard managed only a couple of progressive runs in 90 minutes and three interceptions out of possession.

One other concern was Pritchard’s 19 successful passes, which left him with a pass success rate of under 60%. Corberan’s style of play heightens the need for crisp ball retention, but from an experienced player in the midfield, this is below-par.

The most disappointing aspect of the clash with Norwich on Saturday was, undoubtedly, the result and the late concession to Idah. However, that was closely followed by Pritchard in the midfield, with plenty of fans taking aim at the 27-year-old on Twitter.

It’s worth remembering that Corberan’s style is new and the players have only had a short time to work with the former Leeds United coach, but they can be forgiven for wanting more from Pritchard.

In a midfield including youngster, Ben Jackson, the onus was on Pritchard and Jonathan Hogg to have assured performances, but the required level wasn’t met, particularly from Pritchard.

This isn’t to say that Pritchard can’t be a success in a Huddersfield shirt under Corberan.

The two years that the new Town coach spent with Marcelo Bielsa at Leeds saw a number of players deemed not at the standard required win promotion to the Premier League; Stuart Dallas, Liam Cooper and Mateusz Klich all played a key role in Leeds’ promotion and will do the same in the Premier League. The hope will be that Corberan can create a similar success story with individuals across West Yorkshire.

Corberan perhaps sees Pritchard as a player that needs an arm around him to help him rediscover his best; he’s been handed the No.10 shirt this season and is playing in his favoured central position. Things haven’t quite clicked just yet.

A fresh start under a new head-coach might yet bring out the best in the former Brentford man and you’d be foolish to write him off, but Saturday brought around the familiar sight of Pritchard underwhelming in a blue and white shirt.