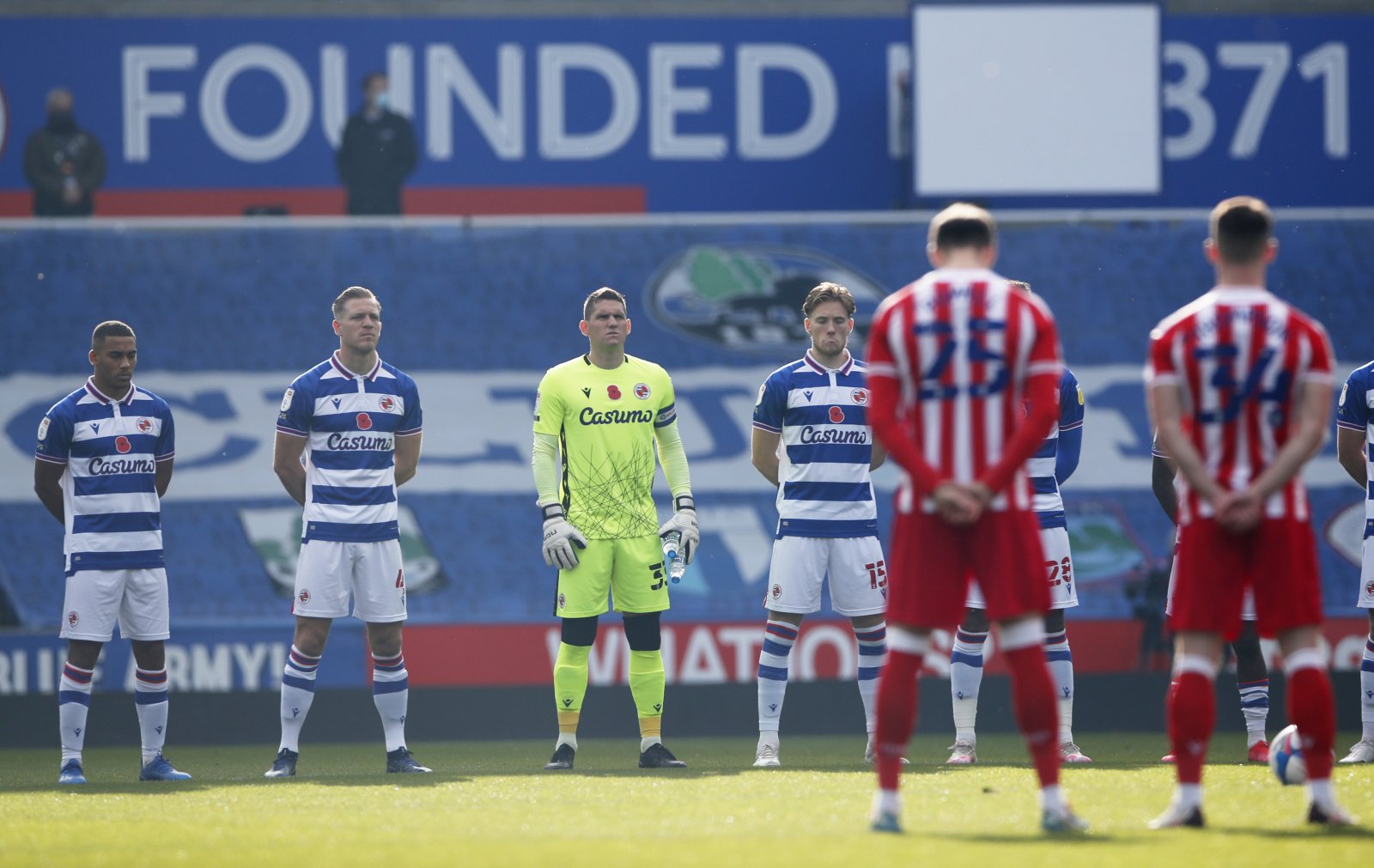 Reading are set for an interesting summer transfer window ahead, with the Royals being set for another season in the Championship.

The Berkshire-based side narrowly missed out on promotion into the Premier League, as they finished seventh in the second-tier standings after a poor run of form in the second-half of this year’s campaign.

It’s recently been announced that left-back Omar Richards has signed for German giants Bayern Munich, and we could see some others follow him out of the Madejski Stadium exit door, as they look to plan ahead for the new season.

Reading’s financial situation has been well-documented over the years, and Veljko Paunovic will be looking to keep the core group of his squad together moving forwards into future seasons.

We take a look at TWO Reading players who may never put on a Royals shirt again ahead of the 2021/22 campaign. The Reading goalkeeper was a regular in the Reading team in the 2020/21 season, and kept 17 clean sheets in total during this year’s campaign.

The Brazilian shot-stopper has been with the club since 2019, but made some costly errors towards the back end of this season, and with Luke Southwood recently signing a new contract, that could drop a sizeable hint that the Reading academy graduate could be starting more matches next season.

Rafael is likely to be on relatively high wages compared to Southwood at this moment in time, and some of the Madejksi Stadium faithful are likely to feel that Southwood deserves more of an opportunity to prove himself in the senior squad ahead of the 2021/22 campaign.

It could be the ideal time for Reading to move Rafael on during the summer transfer window.

Which Reading FC player has been carded the most in each of the last 16 seasons?

It’s fair to say that Felipe Araruna’s spell with Reading hasn’t gone as originally hoped, since the Brazilian signed for the club back in 2020.

His spell with the Berkshire-based side has been disrupted with a number of injury problems, and it wouldn’t come as much of a surprise if the Royals looked to move him on in the summer transfer window.

Araruna has only made seven appearances in total for Reading, but it seems as though his minutes will be restricted further heading into the new league campaign, with Veljko Paunovic having stronger options available to him at this moment in time.

Article title: 2 Reading players who may never put on a Royals shirt again and why