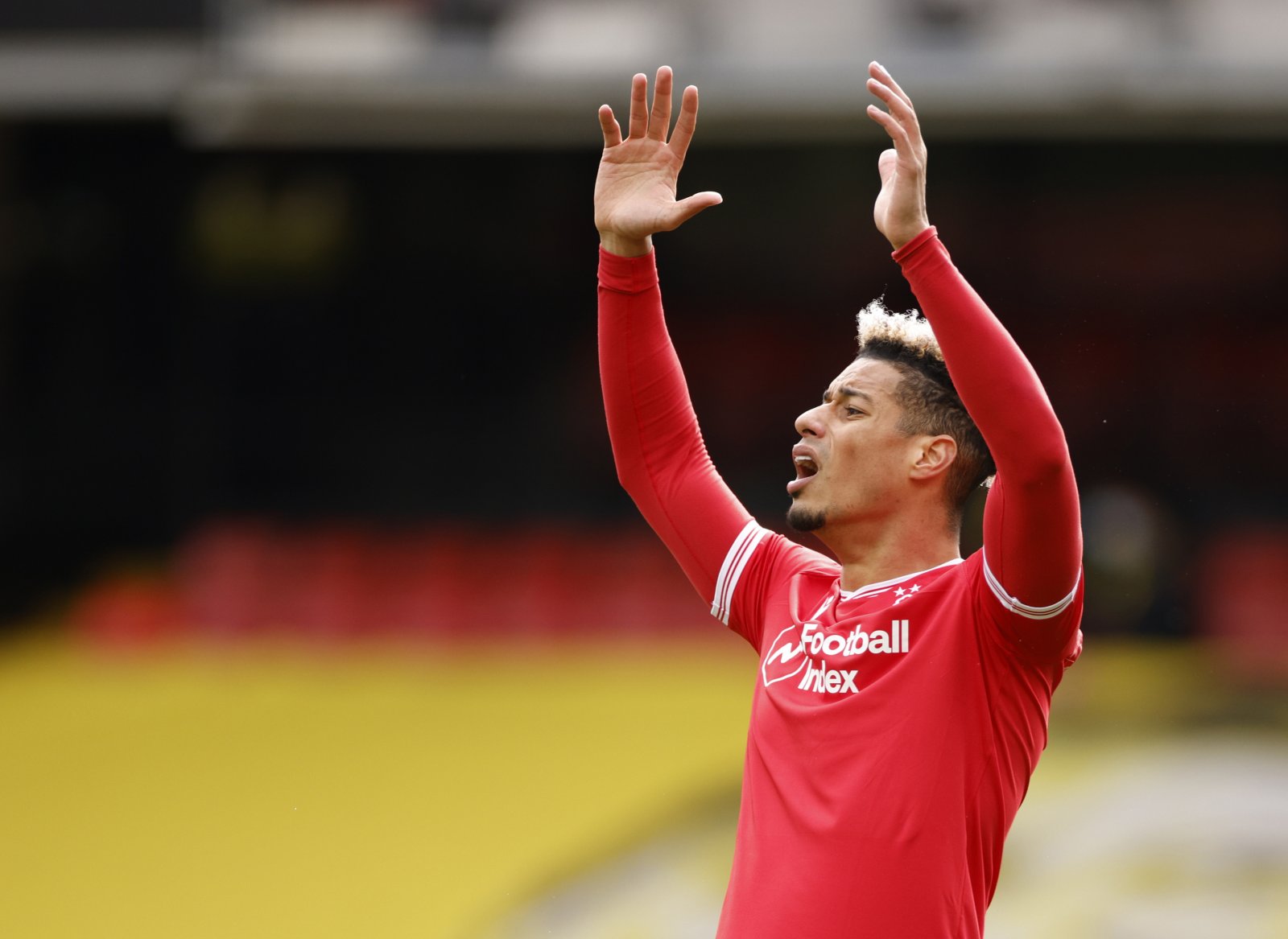 Championship rivals Stoke City are planning to launch a bid for Nottingham Forest striker Lyle Taylor, according to this morning’s report from The Mirror.

After performing so well for Charlton Athletic during the 2019/20 campaign, the Montserrat international remained in the second tier at the end of that season and signed with Nottingham Forest on a free transfer.

However, Taylor has struggled to replicate this form under Chris Hughton and could be given a new lease of life if the two sides can agree on a fee, with the 31-year-old spending much of his time at the City Ground starting on the bench.

With the potential opportunity of starting regularly in the Championship again, Taylor may find the offer too good to refuse. But what affect could this deal potentially have on the club that reportedly want to prize him away from Nottingham?

Here, we take a look at two potential knock-on effects at Stoke City if they strike a deal for Taylor…

Sam Vokes joined Stoke City for a fee of around £7m in January 2019, in a swap deal that saw former England international Peter Crouch head in the opposite direction.

However, the Welsh forward has failed to live up to expectations since his arrival and with his contract running out next summer, Michael O’Neill may decide to cut his losses and sell Vokes for a reduced fee.

At 31, the striker is arguably past his peak and his departure could raise some of the cash needed to bring Lyle Taylor in, as well as reduce the Potters’ wage bill.

Although Taylor is the same age, the current Nottingham Forest forward will be a fresh face at a side who desperately need to climb the second tier table and make progress next year.

Will he be missed? Perhaps in the dressing room but he failed to score in the Championship last season and the player himself is probably ready to go now after such an underwhelming spell at the bet365 Stadium.

They will have another source of goals

Scoring 50 goals in a 46-game season isn’t exactly a terrible record – but they will want to improve this total to lift themselves from the mediocre 14th-place finish they achieved last season.

Midfielder Nick Powell finished as their top scorer in 2020/21 with 12 league goals, with Steven Fletcher just behind with nine. Tyrese Campbell, who scored seven, may have been up there with Powell if it wasn’t for the season-ending injury he sustained in mid-December.

If anything, that just reinforces the need for Stoke to bring in a fresh face to provide some attacking firepower.

With Lyle Taylor, they have a player that has performed consistently well throughout a Championship season with Charlton, even if he did flatter to deceive in the East Midlands in the last campaign.