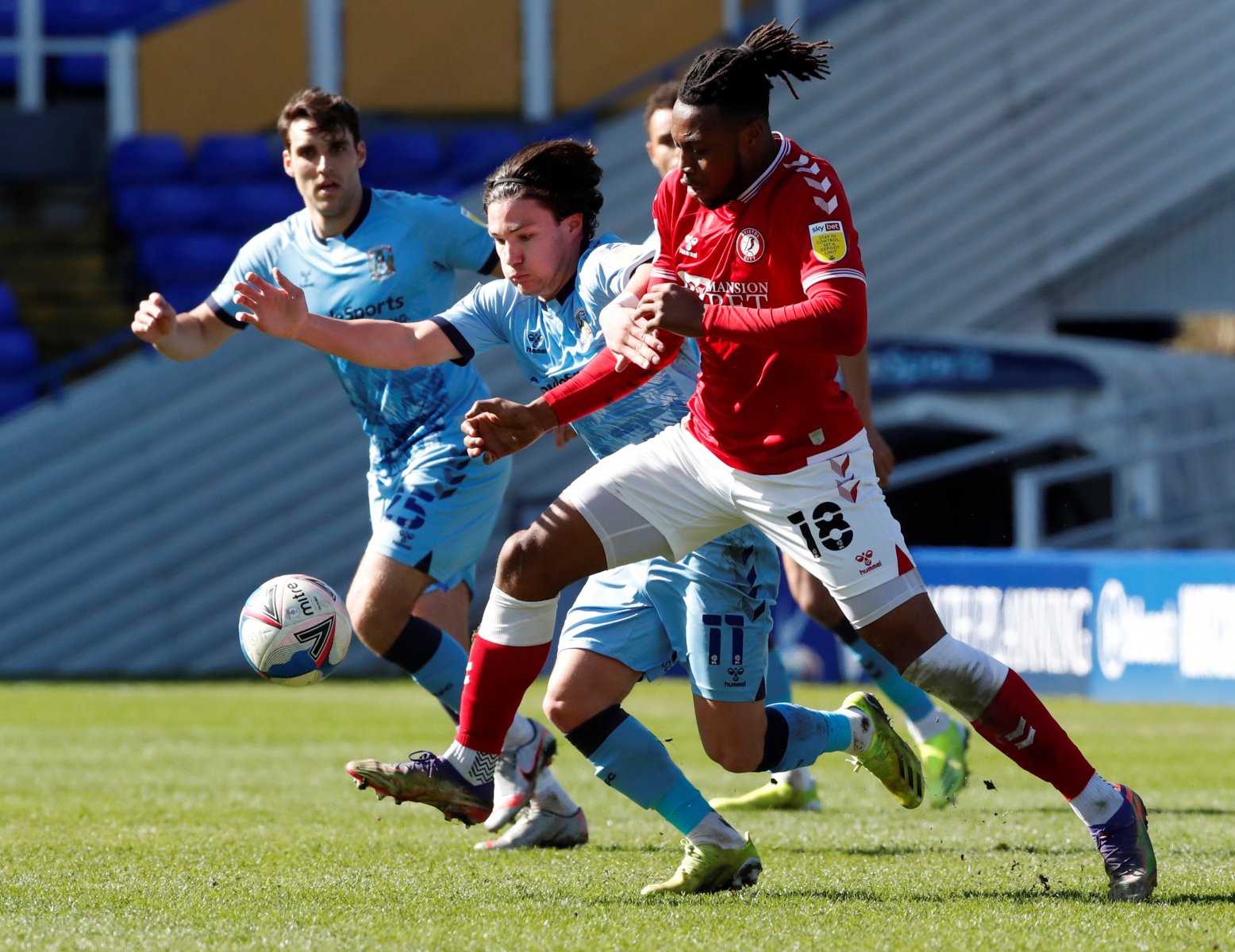 The transfer window hasn’t opened yet but there have already been a significant number of high-profile departures at Bristol City.

With Nigel Pearson looking to start his squad rebuild this summer, it was announced earlier this month that 11 senior players would be released when their contracts expire this summer.

Among those were long-serving players such as Jamie Paterson, Famara Diedhiou, and Nathan Baker, as well as up-and-comers like Liam Walsh and Hakeeb Adelakun.

Bar Danny Simpson, Pearson is yet to bring in any new recruits but even so, it would not be a huge surprise to see more players depart.

With that in mind, we’ve highlighted two players who may never put on a Robins shirt again… Dan Bentley scooped City’s Player of the Season award after his vital performances for the South West club in the 2020/21 campaign but there’s a chance that might be his last meaningful contribution for the Robins.

Since arriving from Brentford in 2019, the English shot-stopper has rarely been anything short of brilliant and quickly solved the keeping issue that had plagued them at times during Lee Johnson’s tenure.

However, Southampton have reportedly been keeping tabs on Bentley and if they come calling then the pull of Premier League football may well be too much to resist for the 27-year-old.

Part of City’s business strategy in recent years has been selling their most valuable assets to top flight clubs and they may need money more than ever this summer, with Pearson looking to add to his squad and finances likely to be tight.

In Max O’Leary, they look to have a player ready for regular Championship football and a very useful replacement.

He’s not at Bentley’s level just yet but Pearson has made it no secret he feels the club are a few years away from pushing for promotion, which would give O’Leary time to develop. Another of City’s recent award winners, Antoine Semenyo’s departure is likely to hit the fanbase hard but there does seem to be a lot of interest in him ahead of the summer.

The 21-year-old has come through the club’s academy system and had a breakthrough season in 2020/21 – scoring five times and adding seven assists in an attacking unit that beyond him often looked very stale.

The Bristol Post reported back in March that Southampton, Wolverhampton Wanderers, Bournemouth, and Norwich City had been monitoring him, while TEAMtalk have since indicated that Crystal Palace are leading the chase for him with Newcastle United, Brighton, West Ham United, Sheffield United, and Watford also keeping tabs on the Robins player.

If a significant offer comes in then City may feel it’s in their best interest to cash in and invest that money in rebuilding the rest of the squad.

Article title: 2 Bristol City players who may never put on a Robins shirt again and why